Fantasy Baseball Daily Round Up: April 30 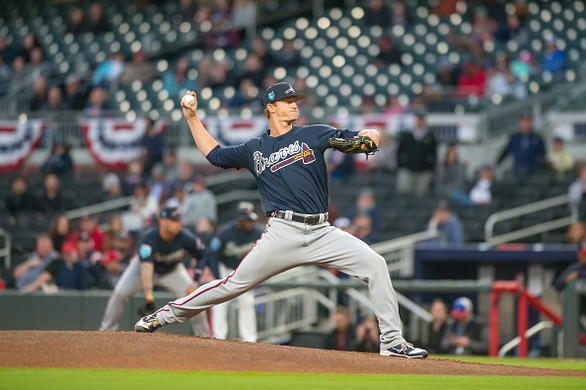 Goodbye April. You will be missed. You gave us plenty of postponements and lots of homers. We turn our attention to May tomorrow, but we shall worry about that later. 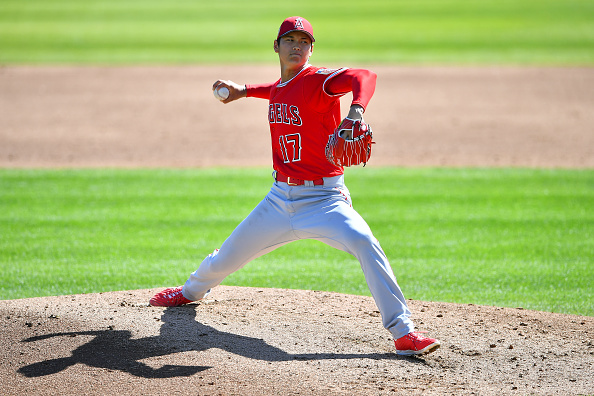 According to manager Mike Scioscia, Shohei Ohtani will not pitch in his next scheduled start after suffering an ankle injury in Friday’s game. While the injury does not appear to be serious, he will not pitch again until next weekend at the earliest. Consider him day-to-day at this time.

According to manager Craig Counsell, Jimmy Nelson is currently ahead of schedule in his recovery from shoulder surgery. The Brewers have also said that they aren’t going to rush him, but it is good to hear that Nelson is recovering nicely.

Mike Soroka is being rumored to be getting the call this week with Julio Teherán and Anibal Sánchez injured. Soroka is one of the Braves top prospects and has been fantastic this season with a sub-2.00 ERA and over a strikeout an inning in 22.2 innings. He is also sporting an impressive 69% ground ball rate which is great for a righty that will be pitching in SunTrust. Soroka should be picked up in all 15-team leagues and the majority of 12-teamers.

Cody Bellinger was removed from Sunday’s game by manager Dave Roberts after not hustling on a double. Bellinger hit the double and it took an awkward bounce in AT&T’s triple’s alley which would have given him a chance to get to third if he had been running out of the box. That being said, this doesn’t appear to be anything more than Robert sending a message to a struggling team, but keep an eye on it.

Nick Kingham was fantastic on Sunday, throwing a perfect game before Paul Dejong broke it up with a single in the 7th inning. Kingham was making his MLB debut and was impressive considering he is returning from Tommy John Surgery this year. With multiple members of the Pirates rotation struggling, he could easily secure a spot in the Pittsburgh rotation.

Trea Turner stole his 12th base of the season on Sunday. Turner’s average hasn’t been there yet, but he is getting on base at a .369 clip and the Nationals are pushing it on the basepaths. The Nationals lead the Majors in stolen base attempts and as long as Turner is at the top of the Nationals lineup, he should offer a ton of value for fantasy owners. We could also see career highs in stolen bases from a number of Nationals including Adam Eaton and Anthony Rendón once they get back from the DL.

Evan Longoria hit his sixth home run of the season on Sunday versus the Dodgers. He started off slow, but over the last 18 days he is hitting .328/.361/.690 with five home runs. Longoria has apparently adjusted to his new home in San Francisco and may be looking for a rebound season after struggling last year. 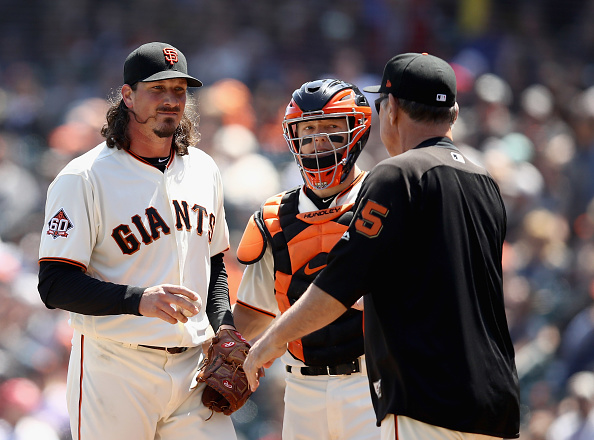 Can Jeff Samardzija rebound? He was absolutely awful in his last start, but a start against the Padres, should be a good one to get him back on track.

The return of Dan Straily . Straily returns from the DL to get a streaky Phillies squad and pitches opposed Jake Arrieta who has looked like his vintage self.

Will Anthony Rendón be back? Rendon has been on the DL with a toe injury and is nearing a return.

How good Is Jake Faria? Faria has bounced back after a rough start to the season and appears to be ready to take the next jump into a higher tier of fantasy starter.

Can Lance Lynn get it together? He has dealt with a weird schedule because of the Twins having so many postponements due to weather. He is better than he has shown, but now he needs to prove it.

Is Alex Verdugo a star? He has hit the ground running, but he looks like he is a better real life player than fantasy one. He has opportunity to run away with the job now that Yasiel Puig is on the DL and has been struggling. Can he?

What is wrong with Jameson Taillon ? He went from stud to dud really quick. The talent is there, but he needs to get his mechanics in line. I don’t think this is the game to bet on that happening. 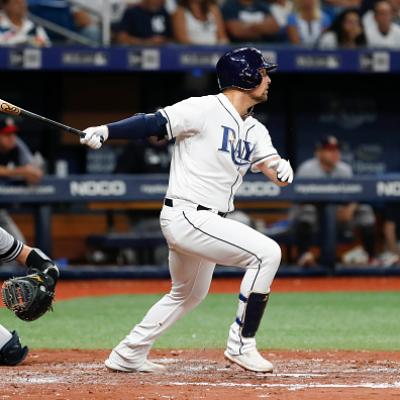 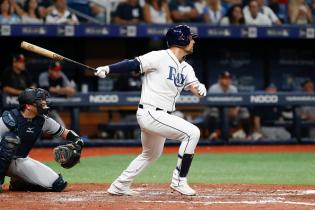 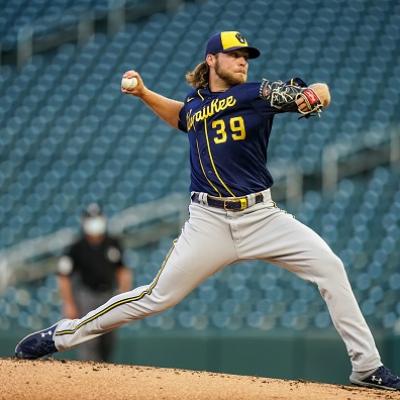 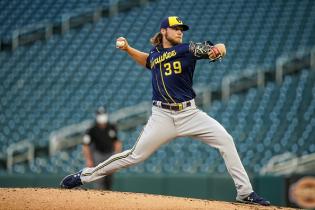 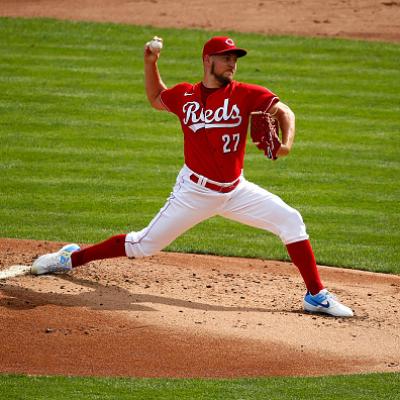 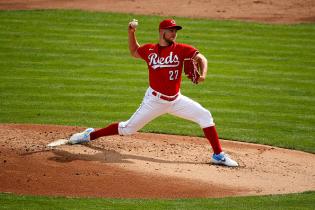 MLB Albies up to sixth spot Saturday against Mets

J. Lamb - 3B
OAK
Jake Lamb blasted a two-run homer on Saturday, powering the Athletics to a 6-0 victory over the Giants.
Baa. Lamb crushed a two-run shot off of Sam Selman in the seventh inning, increasing the A's lead to 3-0. Rake Lamb has now hit safely in each of his first five games with the Athletics, totaling more hits (7) than he did in 50 plate appearances with the Diamondbacks this season (5). For the season, he's hitting .194/.286/.339 with two homers and six RBI.
Added 6:30 pm (EST)
Added 6:30 pm (EST)

T. La Stella - 2B
OAK1
Tommy La Stella tripled and drove in a pair of runs on Saturday as the Athletics triumphed over the Giants.
La Stella delivered a two-run triple during the A's five-run uprising in the seventh inning, then came around to score on an RBI "double" by Marcus Semien which was a fly ball that Darin Ruf simply missed in left field. La Stella also walked in the game, finishing the afternoon 1-for-3. For the season, he's now hitting .288/.376/.459 with five homers and 25 RBI.
Added 6:30 pm (EST)
Added 6:30 pm (EST)

M. Olson - 1B
OAK1
Matt Olson went 1-for-3 and drove in the go-ahead run as the Athletics topped the Giants on Saturday afternoon in Oakland.
Olson broke a scoreless tie with an RBI single off of Giants' right-hander Kevin Gausman in the fourth inning. That would prove to be all of the run support that Jesus Luzardo and company would require in this one. While he has been a solid run producer, Olson is hitting just .194/.312/.452 with 14 homers and 42 RBI on the season.
Added 6:30 pm (EST)
Added 6:30 pm (EST)

J. Luzardo - SP
OAK
Jesus Luzardo delivered another dazzling performance in Saturday's victory over the Giants, racking up seven strikeouts over six shutout innings.
The left-hander scattered five hits on the afternoon and didn't walk a batter. All five of the hits that he allowed were singles. Luzardo threw 90 pitches in this one -- 61 of those for strikes. He now sports a 3.86 ERA, 1.23 WHIP and 57/14 K/BB ratio through 56 innings on the season. The 22-year-old hurler will make his final start of the regular season on Saturday against the Mariners in Seattle.
Added 6:30 pm (EST)
Added 6:30 pm (EST)

D. Solano - 2B
SF1
Donovan Solano went 2-for-4 with a pair of singles as the Giants were shut out by Jesus Luzardo and the Athletics on Saturday afternoon in Oakland.
As a team, the Giants tallied only six hits on the afternoon, with Donnie Barrels the only one to record more than one. While he isn't hitting for power or stealing bases, he continues to be an asset in batting average, slashing .337/.376/.494 with three homers and 28 RBI on the season.
Added 6:30 pm (EST)
Added 6:30 pm (EST)

K. Gausman - SP
SF1
Kevin Gausman pitched well in a losing effort against the Athletics on Saturday, allowing just one run on one hit over six strong innings.
The right-hander racked up six strikeouts on the afternoon while walking three. The only damage done against him came on an RBI single off the bat of Matt Olson in the fourth inning. Unfortunately for Gausman, Jesus Luzardo was simply better on the other side and the Giants were unable to provide any run support. He'll carry a 3.76 ERA and terrific 1.08 WHIP into his final start of the regular season on Thursday against the Rockies.
Added 6:30 pm (EST)
Added 6:30 pm (EST)

E. Hosmer - 1B
SD1
Padres activated 1B Eric Hosmer from the 10-day injured list.
Hosmer will return to the Padres starting lineup on Saturday against Justus Sheffield and the Mariners. Before landing on the injured list with a fractured left index finger, he was hitting .288/.344/.542 with eight homers and 32 RBI in his 31 games.
Added 6:07 pm (EST)
Added 6:07 pm (EST)

M. Clevinger - SP
SD1
Mike Clevinger was scratched from his scheduled start against the Mariners on Saturday due to biceps tightness.
The Padres don't believe the issue to be serious and expect him to be able to make his start in a couple of days. Luis Patino will start what's expected to be a bullpen day for the Padres on Saturday against the Mariners.
Added 6:04 pm (EST)
Added 6:04 pm (EST)