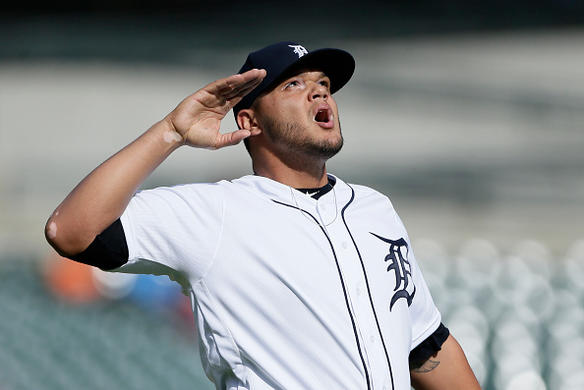 Trading Shane Greene at the deadline opened the door for fantasy owners to finally see how Joe Jiménez would handle the ninth inning. He responded by converting his last six save opportunities and nine of 10 from August until the end of last season. Jimenez finished with four wins, seven losses, nine saves, 15 holds, 82 strikeouts against 23 walks, a 4.37 ERA, 4.66 FIP and 1.32 WHIP in 66 appearances spanning 59.2 innings.

Beneath these numbers, Jimenez recorded career highs in swinging strike percentage (14.8-percent) and in O-Swing (outside the strike zone) percent (35.2). He also notched career lows in contact allowed (70.2-percent) and Z-Contact (in the strike zone) of 76.2-percent. His strikeout percentage rose to 31.9-percent, but his walk rate also increased slightly to 8.9-percent for 23 strikeouts minus walks percentage.

Transitioning to Statcast, here is the arsenal of Jimenez from 2019:

Jimenez used more sliders in 2019 with fewer changeups, perhaps due...