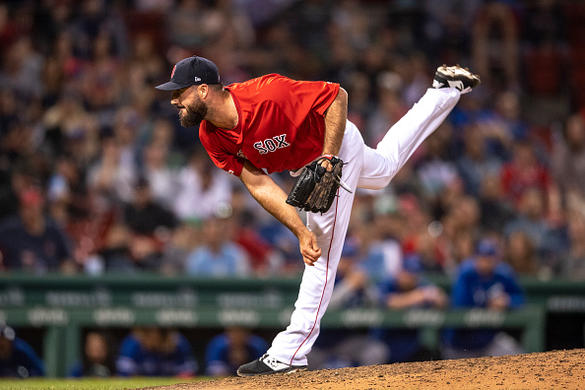 Starting the year as part of a closer committee, Brandon Workman did not notch his first save until May but ended with the most among his teammates. He’s one of eight relievers from 2019 with at least 100 strikeouts. Workman also recorded the lowest slugging percentage against (.166) over the last 50 years besting Craig Kimbrel ’s mark set in 2012.

In 71.2 innings, Workman won 10 of his 11 decisions with 16 saves and 15 holds. He accrued 104 strikeouts but also issued 45 walks with a 1.88 ERA, 3.33 xFIP and 1.03 WHIP. Armed with a 51.1 ground ball percentage, Workman escaped free passes with ground outs while minimizing hard hits. This will need to repeat itself due to his 15.7 walk percentage. Traffic works against relievers in high leverage, so if Workman’s to become a closer fantasy owner’s trust, this needs to improve.

According to Statcast, Workman only yielded one barrel in 2019 among the 135 batted balls allowed with an 87.5 MPH average exit velocity and 8.7 degree launch angle. Workman excelled in his expected statistics with an expected weighted on-base average of only .255 and .313 expected weighted on-base average on contact (.313), 29 points below league average. This can be seen in his zone profile: 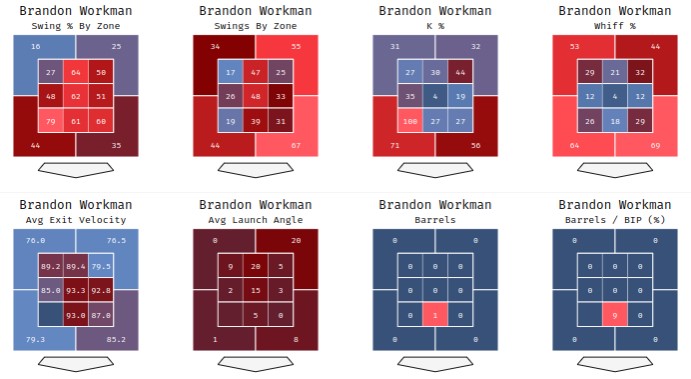 During a season best known for home runs and hard hit rates, Workman suppressed hard hit with a 30.4 rate against and raised his whiff percentage by 7.8 percentage points. Here’s his swing and miss chart by his arsenal last year:

Before delving into his projections, Workman finished 2019 with a 58.4 first pitch strike percentage. Here’s how he used his pitches courtesy of Brooks Baseball: 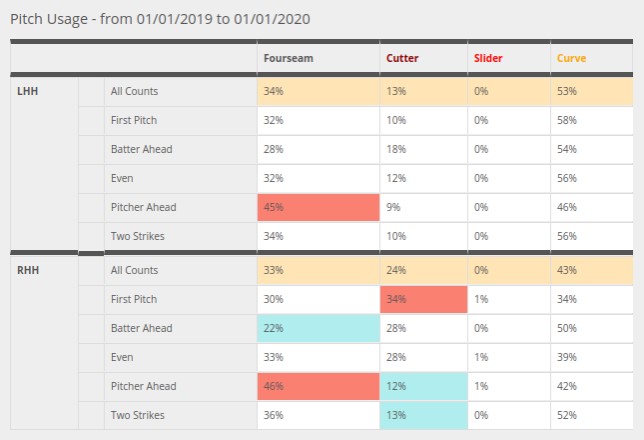 With all of this in mind, Workman’s projections portend migration to the mean, especially with his walk percentage from last season:

Since Boston did not add to its bullpen in the off-season with a different closer option, Brandon Workman enters camp with the job to lose. Key on his spring strikeout to walk rates and if he shows any improvement in his command or aggressiveness with his fastball, pounce. Save prices seem depressed this year and Workman represents upside with one glaring flaw, his walk percentage. There’s room for profit here, especially in his ground ball rates and low hard hit percent allowed. If he gets 30 saves and a WHIP closer to 1.10 and an ERA in the ATC range,

Workman’s worth the risk.