Fantasy Baseball Daily Round Up: April 4 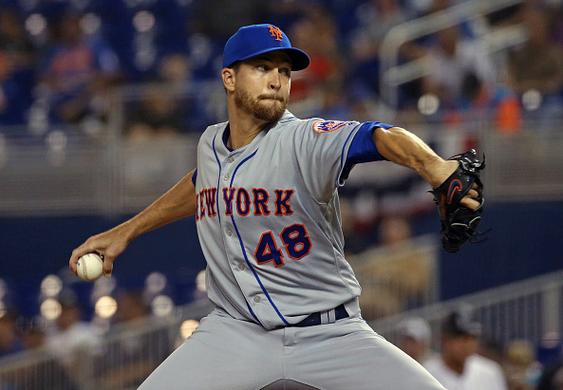 Picking up where he left off last year, Jacob deGrom not only dominated the Marlins on the road, but he tied Bob Gibson’s consecutive quality start streak at 26 after firing seven shutout innings. deGrom limited Miami to two hits and a walk while striking out 14 moving his scoreless streak to 25 innings in the process. He threw 92 pitches generating 26 swinging strikes (28.2 swinging strike percentage) with nine each by his change and slider. deGrom also produced 15 called strikes punctuating his performance.

Working in deGrom’s shadow on Wednesday, Matt Boyd also recorded 26 swinging strikes against the Yankees in New York. Boyd notched 10 swinging strikes with his four-seam fastball and 13 with his slider. Although the two pitches dominated his repertoire, Boyd also mixed in 11 curves. He did not factor in the decision, but Boyd did fire 6.1 strong innings yielding only five hits, one earned run and three walks with his 13 strikeouts. More pitching capsules, bullpen updates and hitter highlights will ensue in the Round Up. 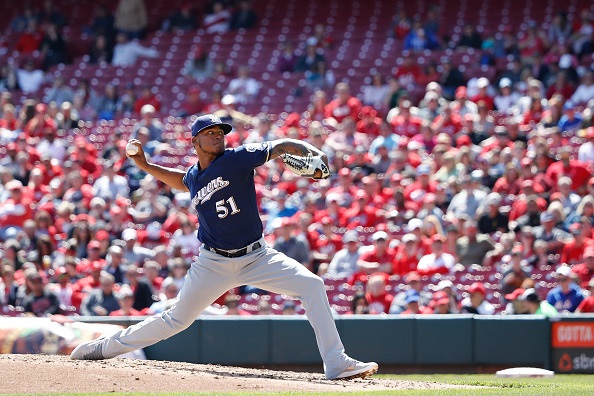 Perhaps the cooler weather in Cincinnati played a part, but Freddy Peralta and Luis Castillo engaged in a terrific pitcher’s duel Wednesday afternoon. Peralta worked eight innings giving up only two hits and striking out 11 en route to his first win of the season. He generated 20 swinging strikes, 15 with his four-seam fastball, and 16 called strikes of his 100 pitches. Of his batted ball outs recorded, Peralta yielded eight fly outs, two infield line drives and three pop-ups. Whether or not Peralta can maintain this over a season with two pitches remains to be seen, but it’s still a noteworthy performance.

Castillo takes the loss but finished seven innings allowing a hit, one earned run and four walks with nine strikeouts. He produced 18 swinging strikes, 11 with his change-up, and 26 called strikes for a whopping 44 between the two statistics of his 107 pitches to lead all pitchers on Wednesday.

In an effort to streamline the information, here’s the other noteworthy performances:

Not listed, both Aaron Nola and Corey Kluber struggled in their starts. Nola lasted three innings giving up five hits, six earned runs and two walks with only two strikeouts. This ties the shortest start of his career when he only pitched three innings versus Miami on May 31st, 2017. Kluber pitched 3.1 innings allowing eight hits, six runs (four earned) and three walks with four strikeouts. There will be better days ahead, but not Klubler’s velocities going forward.

Representing one of the many teams to enter the season without a named closer, Boston warned about this. Matt Barnes did record the team’s first save, but entered in the highest leverage situation on Wednesday facing Khris Davis in the bottom of the seventh of a tied game. He then stayed in to pitch a scoreless eighth. After Boston rallied against Fernando Rodney , no surprise, Ryan Brasier threw a clean ninth for his first save of the year. Yes, Barnes will remain above Brasier in the pecking order of the bullpen, but this will continue to happen over the course of the season. 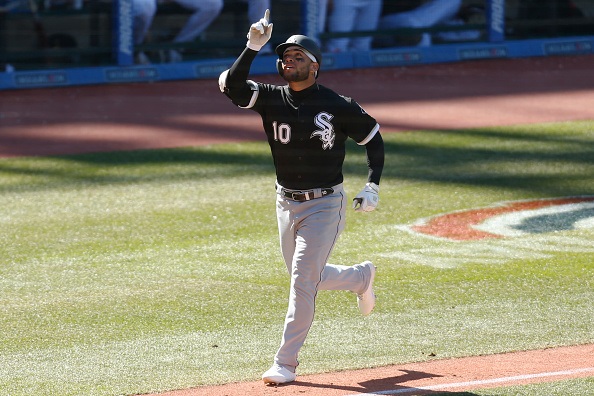 It’s only a week of games, but Yoán Moncada ’s cut down his swinging strikes and improved his contact in the strike zone. He went 2-for-3 on Wednesday with his second home run, scored three runs, drove in two and walked twice. Presently, Moncada owns a 1.422 on-base plus slugging percentage. Teammate José Abreu drove in three runs as well.

Not sure how the Twins can get more at-bats for Willians Astudillo , but here’s hoping they do. He finished with three hits in five at-bats, two runs, a double and an RBI. Mitch Garver also chipped in with three hits, two runs and two RBI.

Whit Merrifield extended his hit streak to 25 games in a loss to Minnesota. He’s slashing .302/.364/.443 in it dating back to September 10th of last year. Alex Gordon hit his first home run and drove in four in the loss. Billy Hamilton stole his first base of the year.

Breaking the snide, Manny Machado launched the first home run of his Padres career, scored two runs, drove in two and walked twice. He also played 2-2-2 in the lottery.

It’s not going to get national attention, but Trey Mancini ’s hitting fly balls over 47 percent of the time so far this year with a hard hit rate above 52 percent. He also hit his third home run of the season in Toronto. For a reference point, Mancini ended last year with a 26.5 fly ball rate. Speculate now before the buy window expires.

Brandon Nimmo owners may be concerned. He’s hitting .100 with a .380 on-base plus slugging percentage. He’s also struck out 13 times in his first 20 at-bats. Pete Alonso continues to rake with two more hits, a double and an RBI.

No one wanted a lead-off hitter with improved metrics during the second half of last year. However, Adam Frazier racked up three hits, two of them doubles, an RBI and stole his first base.

Rebound candidate Willson Contreras went 3-for-4 in a loss with his first home run and two RBI.

Batting lead-off versus right-handed pitching, Ozzie Albies recorded a smash and dash with his first home run along with stealing a base.

Getting a second catcher with upside late in drafts forced Blake Swihart on to a couple of my roster. Swihart hit a 415 foot home run with a 102.5 MPH exit velocity and 27 degree launch angle along with going 3-for-4 last night. Yes please.

Last, but not least, Kiké Hernández went 2-for-3 with two runs, a double, his third home run, an RBI and a walk. By the way, the Dodgers offense so far:

Be sure to stay with Fantasy Alarm to stay ahead of your competition and digest all the terrific information available daily.

C. Frazier - RF
NYY
Yankees manager Aaron Boone said that Clint Frazier has been dealing with a foot issue for the last couple of months.
Frazier is still working out in the outfield and on the bases, but the Yankees are taking it easier on him than others. Frazier could have had a big role on the team had the season started on time, but with Giancarlo Stanton, Aaron Judge and Aaron Hicks all expected back for Opening Day, he finds himself much further down the depth chart now. He probably won't be much of a factor unless things start going wrong.
Added Yesterday 10:30 pm (EST)
Added Yesterday 10:30 pm (EST)

R. Helsley - RP
STL1
Cardinals GM John Mozeliak first brought up Ryan Helsley's name when asked about the team's closer's role on Tuesday.
Jordan Hicks will open up on the injured list, so the gig is wide open. Giovanny Gallegos seemed likely to have the inside track at the beginning of the season, but he's yet to arrive in Cardinals camp. Carlos Martinez, who just arrived today, had been penciled into the rotation, but he's also an option to close if he's not far enough along to start. Helsley also could have been an option to start, but the Cardinals have showed no signs of going that route. He showed closer-type stuff while mostly pitching in low leverage situations last year.
Added Yesterday 8:45 pm (EST)
Added Yesterday 8:45 pm (EST)

S. Ohtani - DH
LAA
Shohei Ohtani threw just 15 of his 50 pitches for strikes in an intrasquad game Tuesday.
Trent Rush had him at eight walks, a hit by pitch and six wild pitches before he was shut down for a day. Considering that it's been nearly two years since Ohtani has pitched in a game, some rust should have been expected. Still, 15 strikes among 50 pitches is a little concerning. It'll only be more than that if he's no better next time out.
Added Yesterday 7:54 pm (EST)
Added Yesterday 7:54 pm (EST)

J. Teheran - SP
LAA
Angels placed RHP Julio Teheran on the 10-day injured list.
Teheran, Luis Rengifo and Luis Suarez are all going on the injured list without having reported to camp and without any injury designation. Teheran was signed over the winter to add stability to an Angels rotation that often lacks it. He went 10-11 with a 3.81 ERA in 33 starts for Atlanta last year.
Added Yesterday 6:35 pm (EST)
Added Yesterday 6:35 pm (EST)