Fantasy Baseball Daily Round Up: October 1 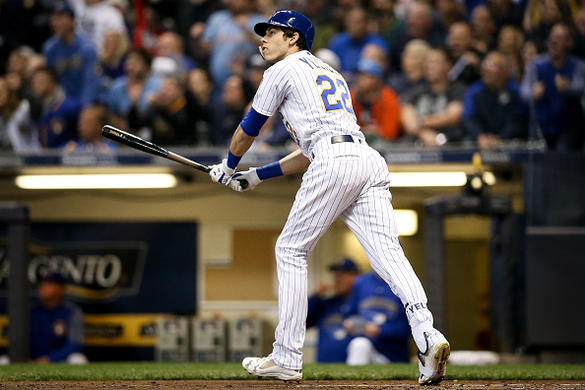 Could there be a better way to welcome October than two bonus games to determine seeding? Milwaukee will head to Chicago to face the Cubs, and potentially the elements, in a one-game playoff to avoid the Wild Card play-in game. Although no pitcher’s been announced for the Brewers as of this writing, José Quintana will take the mound for the Cubs. Representing the last game with expanded rosters for each team, all hands will be on deck playing for the National League Central. Within this, Christian Yelich retains a glimmer of hope to win the Triple Crown but will need at least a home run and to produce two or more RBI than Baez in this match-up.

Playing for their first division title in franchise history, Colorado will head to Los Angeles to face the Dodgers later this afternoon. This game features two emerging pitchers on the mound with German Marquez opposing Walker Buehler as each team tries to avoid the one game elimination round as the Wild Card. With layers of intrigue within each game, Joe Maddon commented it’s akin to managing two games at once, not only trying to win on Monday, but manage how the team will set rotations with the playoffs about to ensue as well.

Already acknowledging the retirement of Victor Martínez , could more players be joining him? Or, if they do not retire, perhaps a new team next season could be a possibility. Here’s a glimpse of some nice moments on Sunday:

Joe Mauer ’s daughters running to him ranks among the best, but he did make an appearance at catcher as well in his last game in a Twins uniform?

There’s no official word about Adrián Béltre , and he chose to stay with Texas, but once again, the team took time to honor him on Sunday in Seattle:

If this is it for Adrián Beltré, its been an amazing ride. #ThankYouBeltre pic.twitter.com/BNxnREHVZI

Less revered and a frustrating manager to predict in terms of bullpen usage, Mike Scioscia won his last game at the helm of the Angels. Scioscia won 1,650 games with the franchise, second most for a manager with only one team to Walter Alston’s 2,040 with the Dodgers.

Last, Baltimore paid homage to one of its finest, Adam Jones :

It must be allergy season, a little dusty here as we proceed.

Although Atlanta did not clinch home field for the first round of the division series, Ronald Acuna Jr. wrapped up his breakout second half with a double and an RBI. In 68 games since the break, Acuna scored 54 runs with 19 home runs, 45 RBI, 14 stolen bases and a robust .322/.403/.625 slash line.

There’s no manager more frustrating when trying to predict a save than Gabe Kapler, but he did deploy Seranthony Dominguez for back-to-back saves to end the season after not using him for a week. Dominguez started the season on fire, regressed, bounced back and finished with 16 saves. 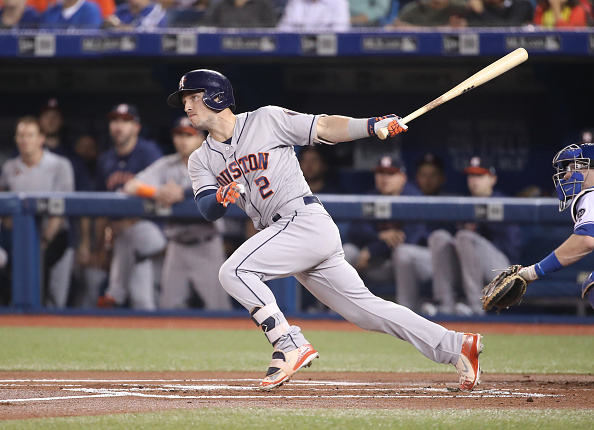 Remember when the fantasy community balked at reaching for Alex Bregman ? He finished with a .286/.394/.532 line in 157 games with 105 runs, 31 home runs, 103 RBI and 10 stolen bases. Bregman ranked in the top-5 in RBI, runs, walks and on-base plus slugging percentage in the American League.

Without knowing who will manage next year, Jonathan Villar should flourish in Baltimore. After his acquisition, Villar played in 54 games with them producing 28 runs, eight home runs, 24 RBI and 21 stolen bases. On a team which will be playing from behind, Villar should get plenty of chances to run wild next year.

It felt like this year would be Greg Bird ’s breakout. It was not. But, the Yankees might have found a first baseman of the future? Luke Voit hit his 14th home run in only 39 games with New York on Sunday and finished with 28 runs and 33 RBI in them. No way can he replicate his .333/.405/.689 line over a full season, but the power’s for real.

Speaking of power, J.D. Martínez launched his 43rd home run on Sunday and finished leading the majors in RBI with 130 in his debut season with Boston. Martinez also hit .330/.402/.629 with 111 runs and a sneaky six stolen bases. Hashtag stud.

Yes, Khris Davis led the majors and finished with a .247 average for the fourth straight season, but do not sleep on Stephen Piscotty ’s bounce back year. Piscotty hit his 27th home run driving in two and finished September batting .310/.394/.655 with eight home runs in 84 at-bats. Over his last 93 games, Piscotty’s hitting .286 with 24 home runs and 63 RBI.

In a pitcher’s duel, Sandy Alcantara flashed some upside in New York. Alcantara recorded 10 strikeouts generating 19 swinging strikes of his 98 pitches on Sunday. Miami will continue to rebuild, but Alcantara represents some upside late in drafts next year.

Strong finish by Noah Syndergaard as well. He fired a complete game shutout giving up only five hits and striking out six to win his 13th game. It feels like Syndergaard’s forever a fantasy tease, but this Mets staff makes them a contender next year if the team makes a splash in free agency, yes, looking at you Manny Machado .

Not only did Starling Marte record his first 20 home run season, but he became the third players in Pirates history to hit at least 20 home runs and steal at least 30 bases. In only 145 games, Marte produced 81 runs, 20 home runs, 72 RBI and stole 33 bags. Felipe Vázquez notched his career best 37th save striking out two in a clean ninth inning. He converted 27 of his last 28 save chances.

A rebuild awaits in Toronto, but Randal Grichuk should be a part of it. He went 1-for-3 with a double and an RBI in a loss on Sunday. Over his last 34 games, Grichuk hit .303 with 13 doubles, a triple, nine home runs and 18 RBI. Not too shabby.

Those fishing for late round speed netted their returns with Mallex Smith , although the ride was bumpy at times. Smith swiped two on Sunday to finish with an even 40 on the year and a .296 average. He’s streaky, but does fill the stolen base void many owners hoped for. Tommy Pham ends the year on a 32-game on-base streak after going 3-for-4 with two runs, a triple and his 15th stolen base. Bet on Pham to play with a gigantic chip on his shoulder next year and if his debut with the Rays carries over, he’s in for a strong 2019. Over 39 games after his trade, Pham slashed .343/.448/.622 with 35 runs, seven home runs, 22 RBI and five stolen bases.

History setting day in Colorado. First, Charlie Blackmon recorded the first cycle of his career going 4-for-5 with three RBI and his 29th home run. Nolan Arenado assumed the National League lead in home runs hitting two, raising his total to 37 this year. David Dahl homered for the sixth time over his last seven games and racked up 15 RBI in the seven game home stand. Last, Trevor Story notched a smash and dash hitting his 36th home run along with stealing his 29th base.

Finishing the year on a high note, Francisco Lindor also recorded a smash and dash with his 38th home run. Lindor also stole two bases, finishing with 25 on the season. In 158 games, Lindor hit .277/.352/.519, tied for the major league lead with 129 runs and drove in a career high 92 runs. Carlos Carrasco won his 17th game pitching five innings in a playoff tuneup with six strikeouts. Trevor Bauer gets his first major league save working the last four innings striking out two.

Whit Merrifield ’s not a fluke. He finishes the year as the third player since the second World War to lead the majors in hits (192) and stolen bases (45). Adalberto Mondesí did not record a hit but stole his 32nd base. He ends the year fourth in steals in the American League in spite of only appearing in 75 games.

With only two games on tap to end the regular season, how will José Quintana fare versus a hot Brewers lineup? Will Milwaukee flex their bullpen depth en route to an upset in the battle for the division?

German Marquez broke out in the second half, can he pitch the Rockies to their first title in the National League West? Going to say this now, Walker Buehler will be worth the reach in drafts next year. See why today. If this comes down to a battle of the bullpens, which Kenley Jansen shows up?

Thanks for all the support this year and if leagues remain in the balance pending today’s outcomes, best of luck Fantasy Alarm family! 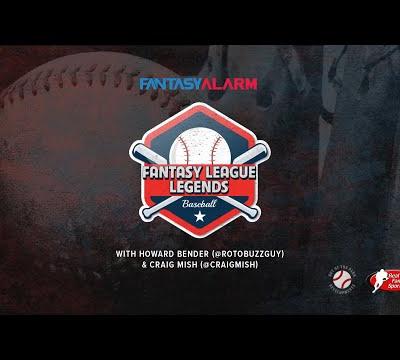 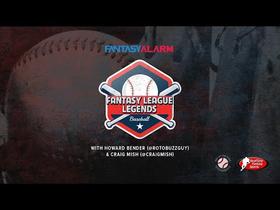 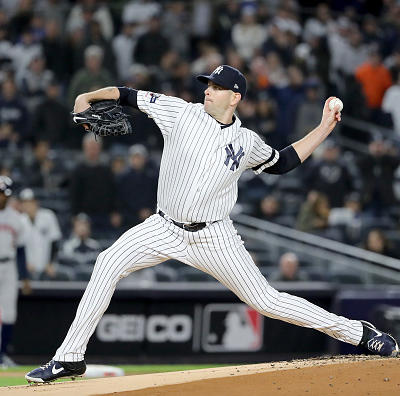 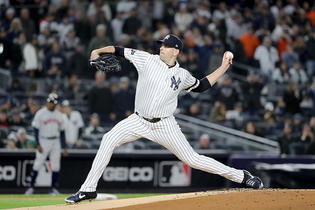 J. Chavez - RP
TEX
Jesse Chavez (elbow) has been throwing from 60 feet and expects to begin long-tossing by the end of April and throwing off a mound in May,
For a full breakdown and detailed player analysis GO PRO and join the Fantasy Alarm Family! CLICK HERE to unlock your PRO package and take advantage of instant savings!
Added Yesterday 6:48 pm (EST)

J. Peraza - 2B
BOS
Julian McWilliams of the Boston Globe believes that Jose Peraza is the favorite to begin the 2020 season as the Red Sox' everyday second baseman.
For a full breakdown and detailed player analysis GO PRO and join the Fantasy Alarm Family! CLICK HERE to unlock your PRO package and take advantage of instant savings!
Added Apr 04 11:53 am (EST)

A. Heaney - SP
LAA
While Angels' southpaw Andrew Heaney has been working out and staying in baseball shape, he has not thrown any bullpen sessions since spring training was shut down.
For a full breakdown and detailed player analysis GO PRO and join the Fantasy Alarm Family! CLICK HERE to unlock your PRO package and take advantage of instant savings!
Added Apr 04 9:55 am (EST)

A. McCutchen - LF
PHI
Andrew McCutchen (knee) said Thursday that he'll be "ready to go" whenever the season begins.
For a full breakdown and detailed player analysis GO PRO and join the Fantasy Alarm Family! CLICK HERE to unlock your PRO package and take advantage of instant savings!
Added Apr 03 11:18 am (EST)