Fantasy Baseball Daily Round Up: September 25 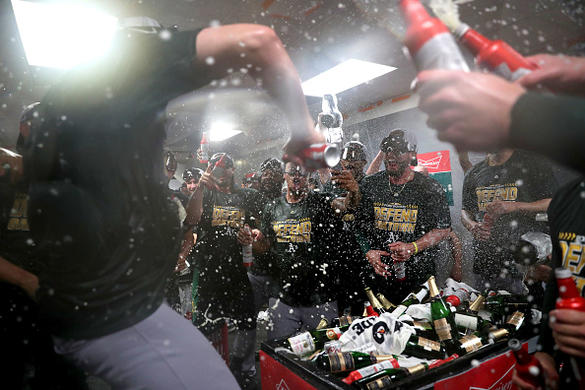 Oakland put an end to the playoff races with their win in Seattle punching their ticket to the postseason. They remain a game and a half behind the Yankees for the right to host the play-in game but it’s been a tremendous run to the playoffs as noted by Mariners beat writer Ryan Divish:

Two players who fueled this run each contributed on Monday night. Khris Davis launched his major league leading 46th home run and has hit six over the last 17 games with 14 RBI. Since the start of the 2016 season, no one’s hit more home runs than Davis’ 131, the closest, Giancarlo Stanton trailing by 10. Oakland’s bullpen depth has been well documented and Blake Treinen fired a clean ninth inning preserving the win. The A’s moved to 68-0 when leading after the seventh inning anchored by Treinen. He’s only yielded one hit his last 14 appearances, converted 13 straight saves and not allowed an earned run in 23 of his last 24 outings.

As for the National League, the races in the Central and West remain hot as well as the Wild Card. Here’s the updated playoff odds chart courtesy of Fangraphs: 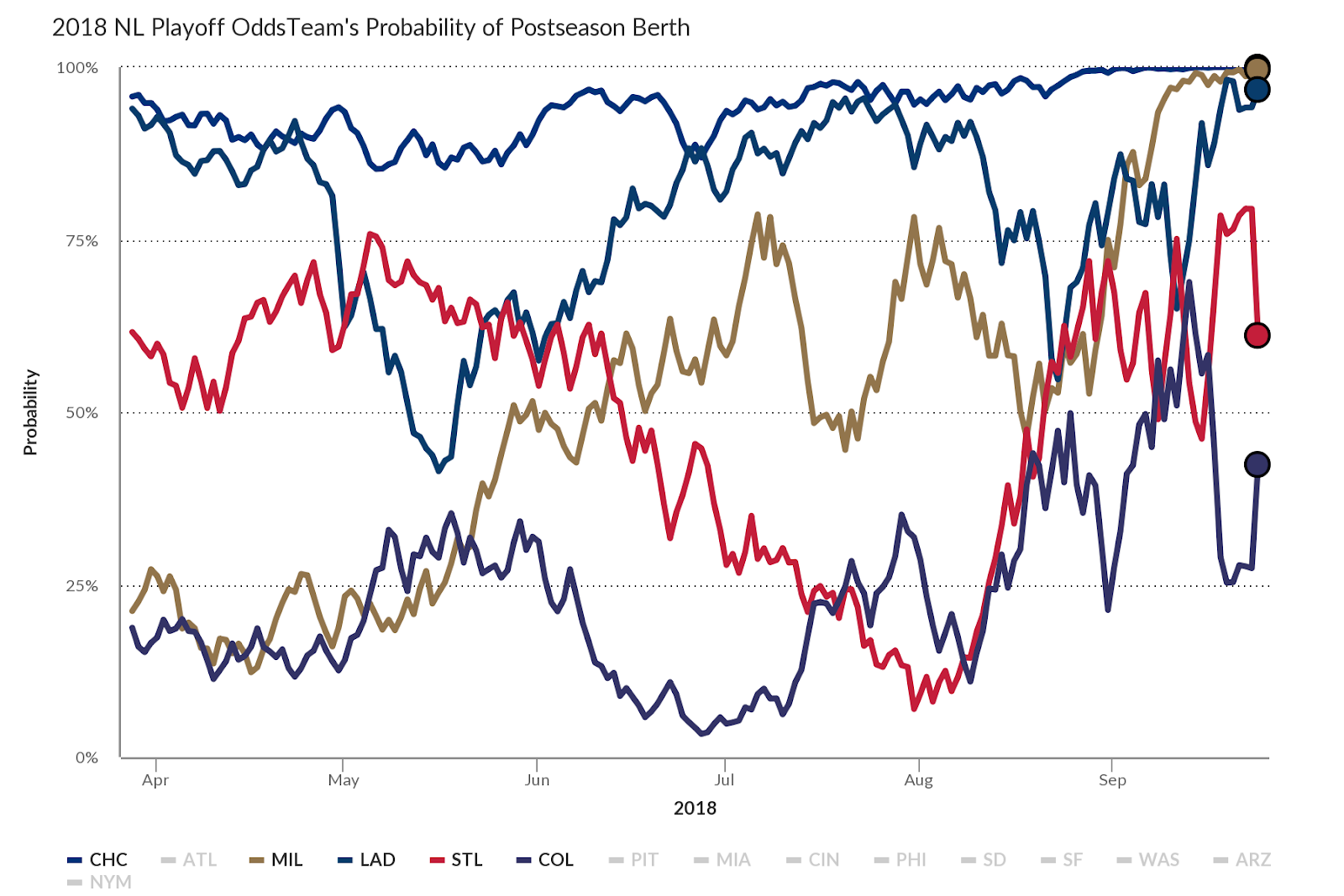 Chicago lost at home to the Pirates letting the Brewers move to within one and a half games of the divisional lead. St. Louis also dropped a home contest allowing the Rockies to close within a half game of the last Wild Card spot. Hang on, this could be a bumpy ride to the finish line in the National League.

For the third straight game, Trea Turner recorded multiple hits and a stolen base. He leads the majors with 43 steals and reached base in 24 straight contests. Anthony Rendón extended his on-base streak to 32 games going 2-for-4 with a run, his 23rd home run and four RBI. Rendon’s also on a 10-game hit streak with a .462 average and 16 RBI in it. Juan Soto added his 21st home run and still slashing an impressive .295/.406/.516 before turning 20 years old. Bryce Harper recorded his 100th RBI and just needs one more run scored to become the sixth player since 2014 with at least 100 runs, RBI and walks in a season.

A nice moment when the Gurriel brothers met in Toronto last night:

However, Lourdes Gurriel Jr. left after the first inning with left hamstring tightness. His brother, Yulieski, moved his hit streak to 10 games during which he’s hitting .439 and driven in 11 runs the last four contests.

Stating his case for a postseason start, Nate Eovaldi threw five effective innings giving up four hits, one earned run and striking out 10 against the Orioles. Eovaldi’s only allowed two runs over his last 18 innings. Mookie Betts recorded a smash and dash hitting his 32nd home run while stealing his 29th base. He’s on the precipice of only the second 30/30 season in Red Sox history and has homered in three straight starts going 10-for-his-last-16 with seven runs, four doubles and eight RBI.

Yankees leadoff hitter Andrew McCutchen went 2-for-5 with his 20th home run of the year. McCutchen’s reached safely in 29 of his last 64 plate appearances (13 hits, 15 walks, one hit-by-pitch) resulting in a .453 on-base percentage. Zach Britton notched his seventh save striking out the side. He’s not yielded an earned run in his last nine outings. 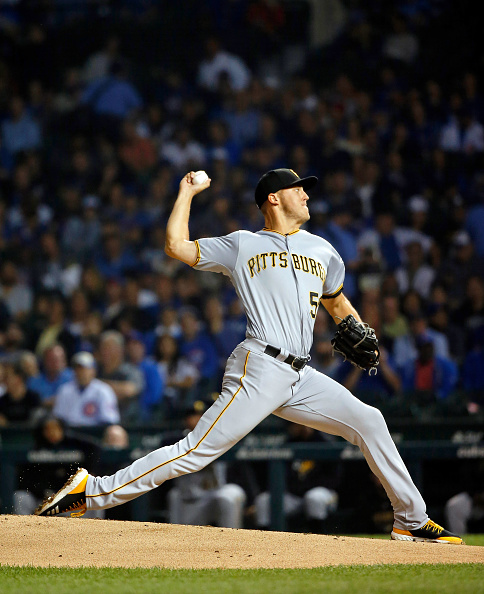 Corey Kluber recorded his first 20 win season striking out 11 White Sox on the road over seven dominant innings tuning up for the playoffs. Kluber’s 4-0 versus Chicago and 11-2 versus the American League Central. Owning Cleveland pitchers in fantasy proves optimal due to their divisional opponents. Kluber becomes the first Indians pitcher to reach 20 wins since Cliff Lee in 2008.

Flashback night for the Brewers with Ryan Braun homering and Corey Knebel notching the save. Braun hit his 16th home run, and first since September seventh, driving in two runs. Knebel has been scoreless since his return earlier this month from Triple-A over his last 12 games (12.1 innings, two hits, two walks, 24 strikeouts). Adding to his MVP resume, Christian Yelich drove in the game tying run and then added to the lead with an RBI double in the ninth inning.

Earlier season injury issues could make Marcell Ozuna a nice bargain in 2019 drafts. He hit his 23rd home run last night and currently on a seven game hit streak. Ozuna’s homered seven time in 84 at-bats this month (one every 12 at-bats).

Providing the Phillies with their only run, Rhys Hoskins hit his 33rd home run in the seventh inning. He’s the first player since Bobby Abreu to record at least 30 doubles, 30 home runs, 90 RBI and 80 walks in a season since 2004 and has hit 30 home runs off of right-handed pitchers this year. He faced Chad Bettis on Tuesday if playing DFS.

Just when owners benched Jon Gray , he gets his 12th win lasting more than five innings for the first time in his last four starts. Gray limited the Phillies to four hits, one earned run and three walks with seven strikeouts. Charlie Blackmon moved his hit streak to 16 games and Trevor Story returned to the lineup with two doubles in five at-bats. Story’s reached 80 extra-base hits as a result and becomes only the fourth National League shortstop in history to do so.

Clayton Kershaw lasted six innings allowing six hits, three earned runs and a walk with six strikeouts in Arizona. Although not vintage, over his last 15 starts, Kershaw’s 8-1 with a 2.36 ERA and 88 strikeouts in 99.1 innings. David Freese went 3-for-4 with his 11th home run and two RBI. His last 47 games yields a .326 average with six home runs and 27 RBI.

Arizona’s Ketel Marte ’s should be active in fantasy during home games. Marte racked up three hits including a triple and his 13th home run with three RBI. During his last 30 home contests, Marte’s hitting a robust .366 with four home runs and 14 RBI. A.J. Pollock homered for the second straight game and reached 20 home runs for the first time since 2015.

Entering last night’s action mired in a 3-for-19 slump, Jurickson Profar did hit his 19th home run driving in two. Representing one of the better waiver claims this year, Profar’s one home run away from a 20 home run and 10 stolen base season. Jose Leclerc did not get a save chance but did extend his scoreless outings streak to 20 games.

Shohei Ohtani hit his 21st home run of the year, and sixth this month in the Angels win. He’s one stolen base away from a 20 home run and 10 stolen base season.

Hidden in the Mariners collapse, Robinson Canó keeps hitting. He hit his 10th home run of the year and since September fourth he’s batting .388 with 10 runs, eight doubles, four homers while driving in 17 in 18 games.

Perhaps part of last night’s strong outing can be credited to the slumping Giants offense, but Bryan Mitchell did last 8.2 shutout innings allowing seven hits and three walks with seven strikeouts. Kirby Yates retired the only batter he faced via strikeout for his 11th save. Yates has converted 11 of 12 save chances this year and has seven over his last 12 appearances.

Interesting night to see how Max Scherzer fares versus the Marlins depleted lineup needing only 10 strikeouts to reach 300 this season.

Both David Price and Luis Severino take the mound for their respective teams trying to prepare for the postseason.

Rookie Walker Buehler will start in Arizona trying to stay hot and keep the Dodgers ahead in the National League West.

Intriguing rookie Josh James will start in Toronto for those looking for strikeout upside in DFS or streaming in head-to-head championships. James has recorded 24 strikeouts in only 16 innings this year for the Astros.

Be sure to check back Wednesday morning for the Round Up to stay ahead of the competition during the last week of the season.