Fantasy Baseball Daily Round Up: May 15

Greg Jewett goes around the league, giving a daily state of the union for the world of fantasy baseball. He outlines to current storylines from the league and gives insight on what to watch for going forward. 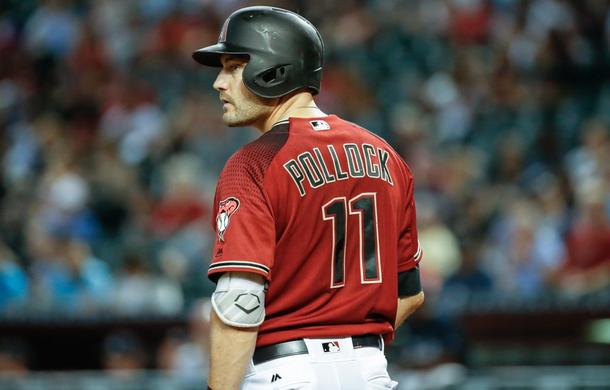 In the midst of Mike Trout finding another level and Mookie Betts breakout, Arizona’s A.J. Pollock flew below the fantasy radar with a strong start to his season. However, injuries have derailed his production in the past and Pollock left Monday night’s game with a left thumb sprain after landing awkwardly diving for a ball in the outfield. Through 40 games, Pollock has hit 11 home runs with 33 RBI and nine stolen bases, carrying a .293/.349/.620 slash line. He will see a hand specialist and his pending DL stint will be one of interest for those who took a chance on Pollock bouncing back this year. Labeling a player injury prone can be difficult, but especially given the nature of this one I’d say it was just bad luck.

Playing in leagues which lock after the first game can be difficult. On Monday night, the Rockies announced D.J. LeMahieu would head to the disabled list with his own left thumb injury. This marks the second time he’s been shelved by the team and while the Rockies want to be positive about the injury, there’s no timetable for a return nor specificity on how long LeMahieu will be out.

San Francisco also placed Alen Hanson on the disabled list on Monday evening as well even though he could have played on Sunday, according to manager Bruce Bochy. He’s been replaced by Austin Slater on the active roster. 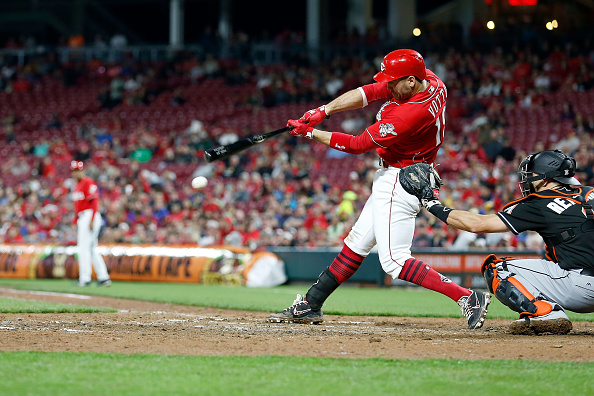 Last, but not least, Joey Votto left Monday night’s game with a nagging back. Votto joked it resulted from the minor earthquake during the game. He may miss Tuesday’s game as well, but it seems as though this is a precautionary move rather than something which will sideline Votto for an extended period of time.

There has been no official news of Adrián Béltre to the disabled list due to his hamstring issues, but it feels like it’s around the corner. Stay tuned. 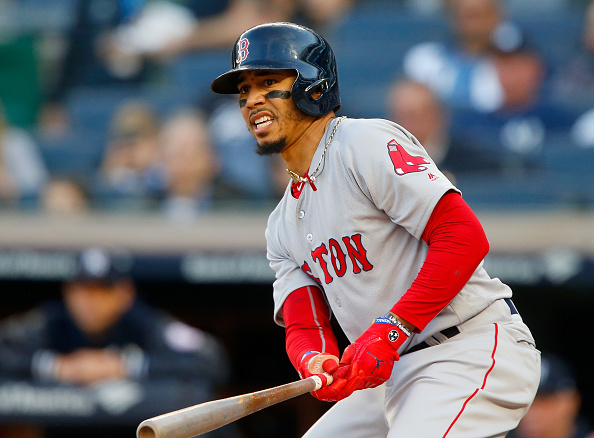 Speaking of Mookie Betts , he scored a run for the 27th time in his last 34 games and leads the majors with 43 runs this year. He also stole his eighth base last night to go along with his 13 home runs. Just for fun, Mookie is on pace for 170 runs, 51 home runs and 32 stolen bases this year.

Mookie’s teammate J.D. Martínez launched his 11th home run last night and has now reached base in his last 19 games during which he’s hitting .405 with seven home runs. Andrew Benintendi extended his personal hit streak to seven games as well on Monday night.

Break up the Tigers who spoiled the evening for Carlos Carrasco . Niko Goodrum hit two home runs, his third and fourth of the season, and drove in five. He’s recorded back-to-back multi-hit games, hit three home runs in the last two in spite of not playing full time for the Tigers.

Francisco Lindor moved his hit streak to 15 games with an RBI single in the ninth inning last night. He’s 31 for his last 68 (.456) with 19 runs, eight home runs and 16 RBI. José Ramírez moved into a tie for the American League home run lead with his 13th home run of the season. Remember when he started the season with no hits in his first 15 at-bats? Over his last 14 games, Ramirez has scored 16 runs with nine doubles, six home runs and 16 RBI while hitting .368 in 57 at-bats.

It’s just a rehab start, but Álex Reyes struck out 12 over five innings giving up one hit while walking two over 80 pitches (51 for strikes) during his outing on Monday. During two rehab starts so far, Reyes has pitched 8.1 innings with 18 strikeouts and three walks. Reports focused on his curveball showing great movement and if he’s still on the waiver wire, stash him now. 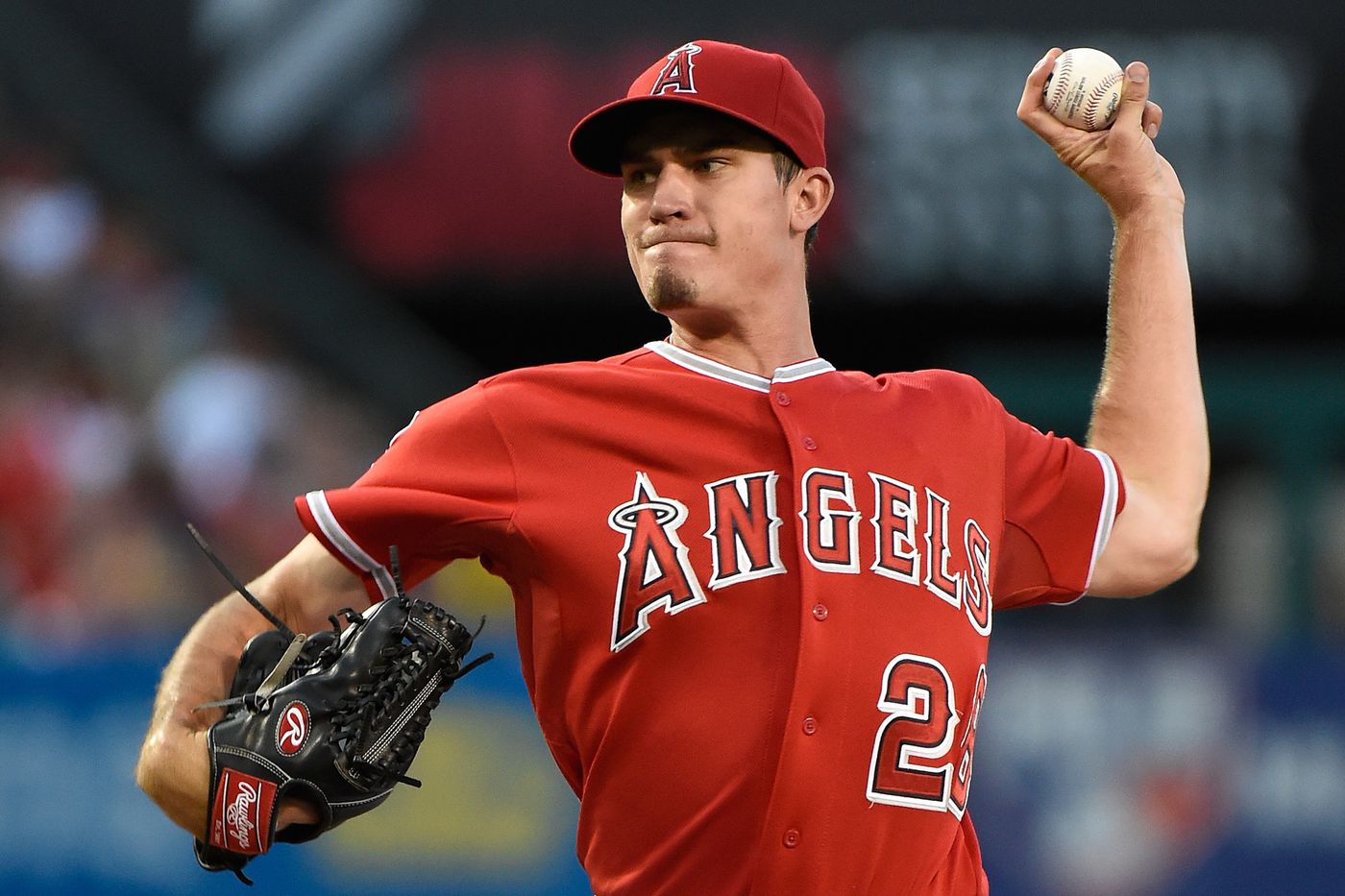 Andrew Heaney turned in another strong outing for the Angels defeating the Astros at home. Heaney pitched eight innings giving up four hits, one earned run and a walk with 10 strikeouts. Over his last four starts, Heaney’s 1.80 ERA in 25 innings should garner more fantasy attention than he’s receiving.

Arizona’s Patrick Corbin did strikeout eight Brewers on Monday night but his fastball still averaged 90 MPH in the game. He threw 36 sliders resulting in 14 swinging strikes, but also yielded four earned runs in six innings on six hits and a walk. It’s his first loss of the year and it will be intriguing to see how he continues to pitch with the reduced velocities.

Just as we predicted, a 1 - 0 final with the Mariners defeating the Twins on the road. For Seattle, Ryon Healy picked up a hit. Since his return from the disabled list, he’s hit safely in 14 of 17 games with a .343 average (23-for-67) with 17 runs, five doubles, seven home runs and 15 RBI. James Pazos worked his 12th straight scoreless outing for the win and Edwin Díaz notched his 14th save by striking out the side. So far this year, Diaz has whiffed 37 of the 79 batters he’s faced for a 49.4 strikeout percentage. As Howard would say, Oh Baby!

Andrew McCutchen moved his hit streak to 13 games with two doubles and also reached the 1,500 hit mark for his career. Also, he’s reached base safely in 24 straight game. Brandon Belt recorded his second straight three-hit game and hit his seventh home run with three RBI fueling a Giants win on Monday. Belt’s quietly hitting .297/.402/.529 on pace for 27 home runs. Health’s been a problem, but so far, he’s been a fantasy steal compared to his draft day price.

Do not overreact to Justin Anderson’s save on Monday. Jim Johnson worked in three of the four previous games and Blake Parker in the two games preceding Monday night. Anderson allowed two hits and a walk but held on for his first career save. However, his 5.23 ERA and 1.55 WHIP in 10.1 innings this year should revert him back to a setup role going forward with Keynan Middleton out with a UCL injury. 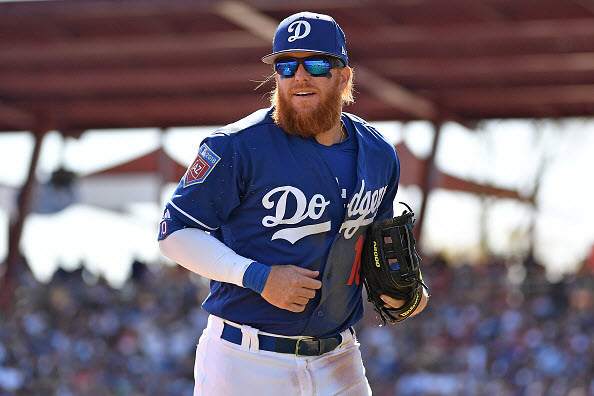 How will Justin Turner fare in his debut this season in Miami? Will Noah Syndergaard show the Blue Jays what they gave up on in their trade of him years ago? Can Yu Darvish make it past the fifth inning in a tough match-up in Atlanta? Will the real Mike Foltynewicz please stand up? Who wins the battle of young pitchers in Minnesota, Jack Flaherty or José Berrios ? Can Odubel Herrera extend his 41-game on-base streak?

All of these questions and more will be covered by the Fantasy Alarm team in the hours ahead. Be sure to stop back for the Closing Bell later on for the latest news to stay ahead of your competition.

MLB Report: Mets agree to contract with Trevor May

MLB Pham had surgery to repair torn cartilage in wrist

J. Reddick - RF
HOU
Josh Reddick posted a farewell message to the Astros and their fans Tuesday on his personal Instagram page.
"Thank you to the Astros, my teammates, coaches, staff and of course the FANS," Reddick wrote. “Houston will always be special to me." The 33-year-old free agent outfielder batted just .245/.316/.378 over 56 games (210 plate appearances) during the condensed 2020 season, wrapping up the final year of a four-year, $52 million deal he signed with Houston in November 2016. It could be a long winter as he seeks a new home.
Added Yesterday 11:08 pm (EST)
Added Yesterday 11:08 pm (EST)

N. Bitsko - SP
TB
Rays RHP prospect Nick Bitsko underwent surgery Tuesday to repair a labrum issue in his right shoulder.
Marc Topkin of the Tampa Bay Times tweets that Bitsko is sure to "miss some of [the] 2021 season" but that the exact timeline for his return can't be determined until he gets into the rehab process. The 18-year-old right-hander was selected 24th overall in the 2020 MLB Draft out of a high school in Pennsylvania.
Added Yesterday 9:08 pm (EST)
Added Yesterday 9:08 pm (EST)

E. Rosario - LF
MIN1
According to Ken Rosenthal of The Athletic, the Twins have placed Eddie Rosario on outright waivers.
Rosario is almost certainly going to be non-tendered before Wednesday night's deadline, and Rosenthal notes that placing him on waivers gives him a chance to possibly be claimed by a team that would be willing to pay his projected third-year arbitration salary of $9.6 million for 2021. The 29-year-old batted .257/.316/.476 with 13 home runs and 42 RBI over 57 games this past season for the AL Central-champion Twins.
Added Yesterday 8:37 pm (EST)
Added Yesterday 8:37 pm (EST)

T. Kemp - 2B
OAK
Athletics and INF/OF Tony Kemp avoided arbitration by agreeing to a one-year, $1.050 million contract.
Kemp posted an underwhelming .664 OPS with zero home runs and three stolen bases in 49 games (114 plate appearances) this past summer with Oakland, but he gets a nice boost in salary nonetheless as he enters his first season of arbitration eligibility. The 29-year-old projects to primarily play second base next season for the A's, though he has the versatility to move around in a kind of super-utility role.
Added Yesterday 8:05 pm (EST)
Added Yesterday 8:05 pm (EST)

J. Díaz - RP
COL
Rockies and RHP Jairo Diaz avoided arbitration by agreeing to a one-year, $1.1 million contract.
Diaz operated as the closer in Colorado for a stretch this summer, but he ultimately finished with a brutal 7.65 ERA, 2.25 WHIP, and 17/14 K/BB ratio in 20 total innings. Still, the salary for 2021 is pretty palatable with Diaz just becoming arb-eligible and he should bounce back to some degree over a more normal sample size.
Added Yesterday 7:54 pm (EST)
Added Yesterday 7:54 pm (EST)

L. Maile - C
PIT
Ken Rosenthal of The Athletic reports that the Brewers are in agreement on a one-year deal with free agent catcher Luke Maile.
There are no financial terms available yet for this agreement, which is pending a physical exam. Maile, 29, is a career .198/.252/.304 hitter at the MLB level and missed all of last season after fracturing his finger in a July intrasquad game with the Pirates, so the salary is probably somewhere close to the league minimum.
Added Yesterday 7:01 pm (EST)
Added Yesterday 7:01 pm (EST)

C. Kluber - SP
TEX1
MLB.com's Jon Morosi reports that the Red Sox are showing interest in free agent right-hander Corey Kluber.
Morosi notes that Kluber makes his offseason home in the Boston area, so Fenway Park could be an attractive place for the 34-year-old to attempt to revitalize his career. Kluber pitched just one inning for the Rangers in 2020 before suffering a Grade 2 strain of the teres major muscle in his right shoulder, and he was limited to 35 2/3 innings in his final season with the Indians in 2019. He'd presumably be open to a one-year deal.
Added Yesterday 6:42 pm (EST)
Added Yesterday 6:42 pm (EST)

S. Domínguez - RP
PHI
Phillies and RHP Seranthony Dominguez avoided arbitration by agreeing to a one-year, $727,500 contract.
Dominguez underwent Tommy John reconstructive elbow surgery this past July and is likely to be sidelined until sometime in the second half of the 2021 season, but this deal keeps the 26-year-old former closer under the Phillies' control and also allows him to avoid being non-tendered ahead of Wednesday's deadline. Dominguez owns a career 3.27 ERA, 1.089 WHIP, and 103 strikeouts in 82 2/3 career MLB innings.
Added Yesterday 5:56 pm (EST)
Added Yesterday 5:56 pm (EST)