Bundy is ready to open up the arsenal. Kang is in trouble. Phillips can't take a hint. Is the WBC a good idea? Would Trout actually break his Angels contract? 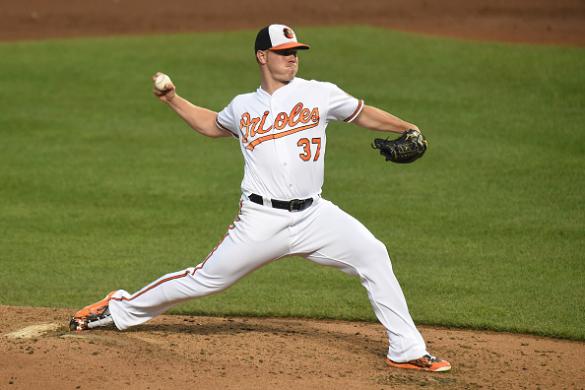 Dylan Bundy was supposed to be the next big league pitching star. He couldn’t miss. Then he did as injuries popped up at every turn. In order to stay healthy Bundy removed the cutter/slider from his game to help keep the elbow firing on all cylinders. Sounds like he might be revisiting that idea after the success of 2016. “It’s a cutter/slider, I don’t know what you want to call it, but I’ll probably start throwing it in a week or two and just tinker with it and see how it feels on the arm. I’ll play catch with it in the spring. I don’t know if I’ll throw it off the mound quite that early or not, but just kind of play it by ear right now.” Catch-22. If he added back the pitch it would undoubtedly allow him to improve as a pitcher. Same time, with all his arm woes, adding a pitch that is universally known to be difficult on the elbow seems like a spotty idea to me. #Spotty

Another day, another series of Brian Dozier trade comments. Again, nothing is happening. It’s all just talk. #Tiring

Jung Ho Kang is in trouble. Been writing about it for a while now. His future at the start of the 2017 season is completely up in the air. He obviously has a major problem with alcohol. “At the appropriate time, we will consider Kang's participation in any treatment program that may be recommended when determining what additional club action, if any, is appropriate,” Pirates president Frank Coonelly said.

Colby Lewis posted a 3.71 ERA with a 1.13 WHIP last season for the Rangers. He allows way too many homers, and seems to often be dealing with physical woes, but he’s still an effective hurler, even at 37 years of age. Sounds like he will not be back with the Rangers though. Have to think he nabs a starting gig with someone at some point.

Brandon Phillips, will you accept a trade already? My goodness. The Reds don’t want you. They haven’t for years. You’re blocking their future up the middle. Why won’t you accept a trade to a place that actually wants you? It’s not like you won’t get your money. It sounds like there is still a chance he would accept a move to the Braves. Phillips is still a solid performer, even at 35 years of age, and is coming off a second straight .290-11-65-60 season.

Alex Reyes has to be on an innings pitched limit this season, a fact I wrote about in Rookie Outlooks. So of course, Reyes has chosen to pitch for the Dominican Republic in the World Baseball Classic. Horrible decision. I get wanting to represent your country, but what about showing a commitment to your employer, you know, the person who pays you to work for them? Reyes only has a certain amount of bullets this season. Too bad for the Cardinals, and for fantasy fans, that some of them will take place in a meaningless tournament.

Alex Rodriguez isn’t coming back in 2017. Shocker. He will end his career four homers short of 700.

Did you get your copy of the 2017 Fantasy Alarm MLB Draft Guide yet? No worries if you didn’t yet. There are multiple ways to pick up the “Living Guide” that will grow day-by-day. Find out how by clicking on the above link as we transition from fantasy football into fantasy baseball season.

Mike Trout might leave the Angels, or at least he could, even though he has signed a contract extension with them through the 2020 season. Simply put, there is a California Labor Code that limits personal service contracts in the state to seven years. That means Trout, who originally signed with the Angels, could technically get out of the contract right now if he would want to. Given that he is set to earn $119 million the next four years, would he have the stones to try and get out of his contract to seek that mythical $400 million deal? Seems highly unlikely, but it’s still a fascinating report.

Geovany Soto is now a member of the White Sox organization after signing a minor league deal. The depth chart with the Sox is pretty damn thin meaning that Soto could see substantial time in Chicago in 2017. In fact, he’s likely the leader for the starting gig ahead of Omar Narvaez and Kevan Smith. Soto has had a ton of injuries over the years, but he proved the bat still has some juice left when he posted a .809 OPS in 26 games last year. He’s a potential lower level second catcher in mixed leagues with the signing.

C.J. Wilson is hoping to continue his career as his recovery from shoulder surgery is going well. One of the most consistent lefty hurlers in baseball from 2011-2013, Wilson didn’t thrown a pitch last season. Can the 36 year old recapture the form that allowed him to post a 3.89 ERA and 1.24 WHIP over 21 starts in 2015?