Drew Phelps explores every Fairway, reads every Green and uses his DFS Golf experience to put together a winning DFS Playbook for the WGC: Mexico Championship. 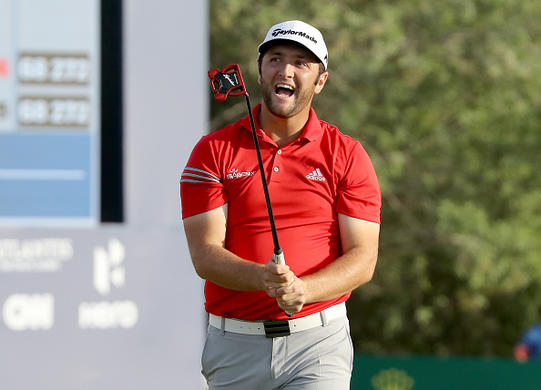 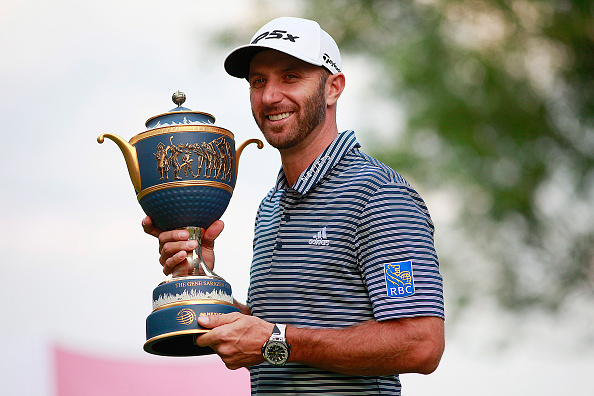 We are changing things up a bit this season. Typically for a small field event like the WGC, I would just release example lineups but I'll be giving you a limited playbook as well. One thing that does not change is my recommendation to avoid cash games this weekend. You've got just 72 golfers and a no cut format, and that means in cash games there is no room for error in your lineup. When my example lineups come out later this afternoon, there will be two GPPs with pivots for both DraftKings and Fanduel. You will also see a full playbook and examples come out for the Puerto Rico Open.

This first World Golf Championship event of the 2020 calendar year takes us to the Mexico Championship at Club de Golf Chapultepec.  The name of the game this weekend is altitude. This course sits at 7,382 feet above sea level. The BMW Championship has previously been held in Denver, Colorado which sits at 5,280 feet above sea level and the European Tour event called the Nordea Masters in the Swiss Alps is at 4,922 feet above sea level. Most of these golfers participating this weekend have played at this course before but if they haven't, they have played in altitude before. Club de Golf Chapultepec measures out 7,355 yards but will play much shorter because of the altitude. There is a fear that these already big hitters could have a problem controling the distances they'll be able to drive the ball but Dustin Johnson has won here twice in the last 3 years, so I would not worry about that. The key stats to target this weekend are Strokes Gained: Approach to the Green, Proximity to the Hole, Par 4 Scoring, and Strokes Gained: Putting,

My One And Done Play of the Week: Justin Thomas and yes that does mean you can play him this week despite not actually being in my playbook.

J. Spieth - G
Jordan Spieth shot a final-round 67 at TPC Harding Park but will still have to wait another year to capture the only major title that has eluded him.
Spieth's chances for his fourth career major ended Saturday, when he ballooned to a 76 while playing partner Justin Thomas carded birdie after birdie. A Sunday bounceback included five birdies against two bogeys, a far cry from the eight-bogey effort the previous day. But Spieth still finished the week at 4-over, in a tie for 71st and near the bottom of the players who made the cut. Spieth still has not won any tournament since capturing the 2017 Open, and he has now missed four chances to round out the final leg of the career Grand Slam with a PGA victory. A runner-up at this event in 2015 and a T-3 finisher last year at Bethpage, this is the first time he finished outside the top 30 at a PGA Championship since missing the cut in 2014 at Valhalla.
Added 5:23 pm (EST)
Added 5:23 pm (EST)

T. Woods - G
Tiger Woods closed the PGA Championship with a 3-under 67, his best round of the week at TPC Harding Park.
Woods started the final round 11 shots off the lead and finished well before the leaders teed off, so even a round that got him back to 2 under for the week still left him outside the top 40 when he signed his card. After struggling for much of the week on the greens, he rolled in five birdies Sunday despite not making a putt longer than 12 feet. It's shaping up to be a similar result as Woods' T-40 finish at the Memorial, his only other start since mid-February. He told reporters he expects to take a week off before returning to play, implying a start at the first playoff event, The Northern Trust. Woods is projected to move to No. 47 in the FedEx Cup points race and will need to have a solid result either at TPC Boston or the BMW Championship at Olympia Fields if he has any hopes of qualifying for a return to the 30-man Tour Championship next month.
Added 4:27 pm (EST)
Added 4:27 pm (EST)

T. Fleetwood - G
World No.13 Tommy Fleetwood birdied two of his final three holes to salvage an even-par 36-34=70 in Round 3 of the 102nd PGA Championship, falling five spots to T7 on 6-under 204, three short of 54-hole leader Dustin Johnson (65).
Playing out of the final twosome with overnight leader Haotong Li (73), the 29-year-old hit five (of 14) fairways and 13 greens in regulation, losing 0.580 strokes approaching but gaining 0.900 around-the-green. He was birdie-less 2-over thru 15 holes, squaring bogeys at 3 and 10 (penalty drop), before a couple of late birdie-3s at 16 and 18 brought him back inside the top 10. The Englishman, who fired a week-tying-low 64 on Friday, couldn't repeat the putting magic on Day 3 in San Francisco, ekeing out a 0.069 SG: Putting. He'll play out of the sixth-to-last twosome on Sunday with Daniel Berger.
Added Yesterday 11:49 pm (EST)
Added Yesterday 11:49 pm (EST)