Drew Phelps explores every Fairway, reads every Green and uses his DFS Golf experience to put together a winning DFS Playbook for the American Express. 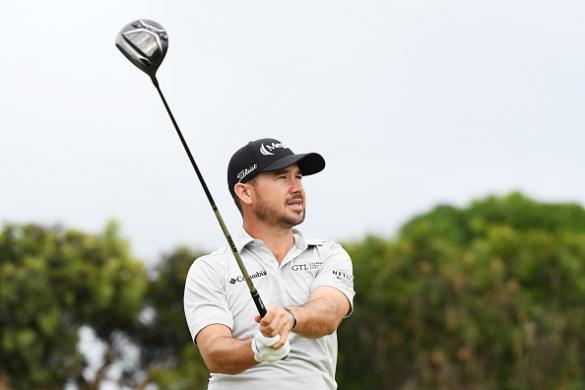 I've been really pleased with the start to the PGA Tour season. After a rough start on Thursday with Webb Simpson, he came through and how about Cameron Smith? Brendan Steele tried to ruin my day but Cameron pulled it out in a playoff. I did tell you that I was avoiding Justin Thomas last week, I didn't think he'd miss the cut but I wasn't going to pay that price. Lets keep the good times rolling into the American Express this week. 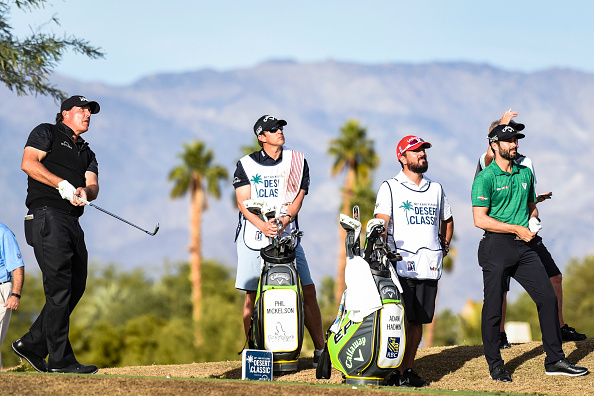 The PGA Tour finally heads to the continental United States for the American Express in La Quinta, California. This tournament has known many names over the years like the Desert Classic, the CareerBuilder Challenge, and the Bob Hope Desert Classic to name a few. This tournament is unique in that it is played on three courses over the course of the weekend.  Each of the golfers will play a different course each day for three days and then we have our cut after Saturday's round.  Sunday will feature only the Top 65 and ties competing for the title.

One other note about this tournament is that it is a Pro-Am. This will slow down the pace of play and unlike the Pebble Beach Pro-Am with a lot of big name celebrities participating, it's a bunch of no names playing alongside these professionals. I also do not like cash games this weekend at all. There are not a lot of guys that you can say with confidence will make the cut this weekend. Usually there's 5-10 guys that have great track records and you can feel good about but I just don't this week. I'll give you a cash example lineup but I am telling you right now, I'm going to be more focused on GPPs this weekend.

Here are the three courses in a nutshell ...

There is water all over this track and when there is no water, these players have to deal with bunkers all around the fairways and greens.  We need to target players who keep the ball on the fairways and greens which means ball strikers (strokes gained: tee-to-green; SG:TG).  There is no scrambling from the water.  This is the course where the final round will be played.

This is another course that favors ball strikers.  It features a mix of narrow and wide fairways and gives the players a lot of risk/reward situations involving water.  Iron play is vital on this course which means we need players with consistent ball striking ability.  Also, we want players who have good sand game as there are bunkers all over the place.  Most Nicklaus courses reward players who can avoid the hazards and give these players a chance to go low.

This course is considered the easiest of the three.  The fairways are a bit narrower than the Nicklaus course but the track is shorter.  We continue to target ball strikers on this course because players must stick the greens to go low.

The players must take advantage of their rounds on La Quinta and Nicklaus courses to give themselves a chance to keep up with the pack. The Stadium Course which will host all of the players on Sunday is consistently ranks as one of the toughest courses on the PGA Tour schedule.

My One and Done Selection is Byeong Hun-An

J. Spieth - G
Jordan Spieth shot a final-round 67 at TPC Harding Park but will still have to wait another year to capture the only major title that has eluded him.
Spieth's chances for his fourth career major ended Saturday, when he ballooned to a 76 while playing partner Justin Thomas carded birdie after birdie. A Sunday bounceback included five birdies against two bogeys, a far cry from the eight-bogey effort the previous day. But Spieth still finished the week at 4-over, in a tie for 71st and near the bottom of the players who made the cut. Spieth still has not won any tournament since capturing the 2017 Open, and he has now missed four chances to round out the final leg of the career Grand Slam with a PGA victory. A runner-up at this event in 2015 and a T-3 finisher last year at Bethpage, this is the first time he finished outside the top 30 at a PGA Championship since missing the cut in 2014 at Valhalla.
Added 5:23 pm (EST)
Added 5:23 pm (EST)

T. Woods - G
Tiger Woods closed the PGA Championship with a 3-under 67, his best round of the week at TPC Harding Park.
Woods started the final round 11 shots off the lead and finished well before the leaders teed off, so even a round that got him back to 2 under for the week still left him outside the top 40 when he signed his card. After struggling for much of the week on the greens, he rolled in five birdies Sunday despite not making a putt longer than 12 feet. It's shaping up to be a similar result as Woods' T-40 finish at the Memorial, his only other start since mid-February. He told reporters he expects to take a week off before returning to play, implying a start at the first playoff event, The Northern Trust. Woods is projected to move to No. 47 in the FedEx Cup points race and will need to have a solid result either at TPC Boston or the BMW Championship at Olympia Fields if he has any hopes of qualifying for a return to the 30-man Tour Championship next month.
Added 4:27 pm (EST)
Added 4:27 pm (EST)

T. Fleetwood - G
World No.13 Tommy Fleetwood birdied two of his final three holes to salvage an even-par 36-34=70 in Round 3 of the 102nd PGA Championship, falling five spots to T7 on 6-under 204, three short of 54-hole leader Dustin Johnson (65).
Playing out of the final twosome with overnight leader Haotong Li (73), the 29-year-old hit five (of 14) fairways and 13 greens in regulation, losing 0.580 strokes approaching but gaining 0.900 around-the-green. He was birdie-less 2-over thru 15 holes, squaring bogeys at 3 and 10 (penalty drop), before a couple of late birdie-3s at 16 and 18 brought him back inside the top 10. The Englishman, who fired a week-tying-low 64 on Friday, couldn't repeat the putting magic on Day 3 in San Francisco, ekeing out a 0.069 SG: Putting. He'll play out of the sixth-to-last twosome on Sunday with Daniel Berger.
Added Yesterday 11:49 pm (EST)
Added Yesterday 11:49 pm (EST)