Drew Phelps explores every Fairway, reads every Green and uses his DFS Golf experience to put together a winning DFS Playbook for the Genesis Open. 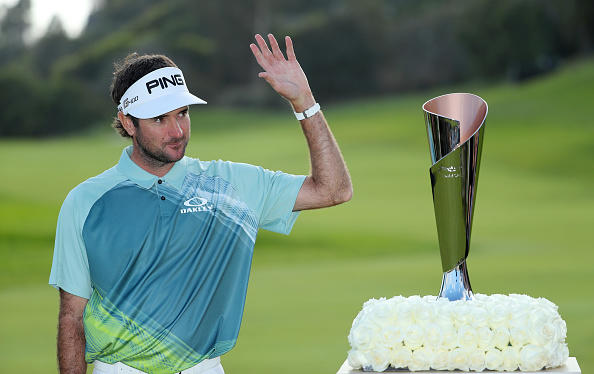 Just like we all expected, the weather played a huge part of the weekend at Pebble Beach but it didn't stop the nearly 50 year old Phil Mickelson from capturing his fifth career title. I have to give the old man huge props for that final round performance. The man was three shots down heading into Sunday and won by three shots at the end of the round on Monday morning. It is incredibly frustrating for me as a DFS golf player to never be able to pick "lefty" on the right week. I thought the stars alined at the Waste Management for him to take that title back after a second place finish at the Desert Classic but he misses the cut. Then comes back and takes down Pebble Beach. It’s always entertaining at Pebble despite the weather from the beautiful coastline views to the celebrities playing alongside these terrific professionals. It is time to move onto the Genesis Open.

The Genesis Open used to be known as the Northern Trust Open and it is played at the prestigious Riviera Golf and Country Club in Pacific Palisades, California. The course is a par 71 and it measures out 7,322 yards with poa annua greens.  The winning scores at Riviera have ranged from 7 under par to 19 under par which is a huge difference but it basically comes down to the final two Par 5’s.

The big bombers have an advantage because they can reach both of those par 5’s in two and go low.  This does not mean that the shorter course managers can’t have success on this track either. The fairways are very narrow which makes it hard to hit them and that’s where the shorter more accurate players can take advantage.  One of the most important stats this weekend will be rough proximity. This number basically tells us how good the player is at getting themselves from the rough on the green close to the hole. The greens are also smaller than an average PGA Tour track.

It was a really hard week to draw your line in the sand, especially on DraftKings. There is a lot of talent in this field and I chose to look at things in a different light this week. I tried to avoid the chalky plays as much as possible with a few exceptions like Bubba Watson. I do love the 7K range this week, lots of value to help you make a pretty nice balanced lineup across the board. I'm just glad to be focusing on one course and not two or three.

The last thing I'll mention is the weather. It looks like it's going to be another windy wet weekend for these players. It is suppose to rain all day Wednesday, all day Thursday and into the afternoon on Friday. I will say once again to favor players who know this course really well and players who have played in these conditions regularly. I've got a bunch of players from outside the United States in my Playbook this week for that very reason.

ONE AND DONE PLAY OF THE WEEK: Cameron Smith