Drew Phelps explores every Fairway, reads every Green and uses his DFS Golf experience to put together a winning playbook for the Greenbrier. 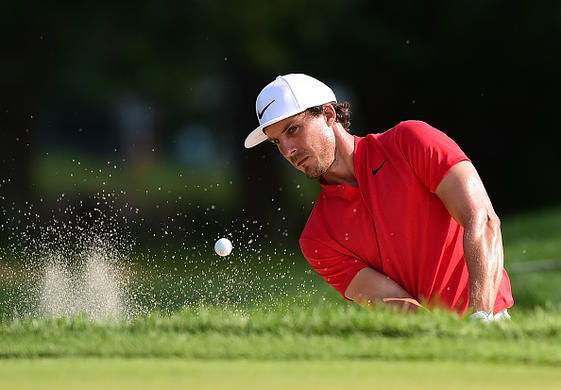 It’s a bittersweet feeling for me after last week’s Quicken Loans National.  I loved getting back out there and seeing these great tour players live especially Tiger Woods but it doesn’t look promising that we’ll see another tournament in D.C. for the foreseeable future.  This spot on the calendar will be replaced by an event in Detroit.

What a show put on by Francesco Molinari on Sunday at TPC Potomac!  He chose to miss the French Open over in Europe to play in the Quicken Loans because he said he saw the course on TV last year and really liked it.  This was his first win on the PGA Tour and the first win for an Italian in over 60 years. Despite being his first time at TPC Potomac, Tiger Woods showed better than I expected but he is the greatest to ever tee it up. That T4 finish has put him into a better position to qualify for the WGC Bridgestone, one of his favorite courses which he's won eight times in his career. But enough about last week, lets get into this week at the Greenbrier.

If you don’t remember, The Greenbrier was canceled two years ago due to terrible flooding in White Sulphur Springs, West Virginia and it claimed the lives of 23 people.  The course has been reborn and is eager to show off its fresh look to the 156 players in the field. It is as new as it was when it originally opened over 100 years ago. This course is not terribly far from me and I kick myself every year for not making the trip down there to check it out. Oh well, there's always next year since DC doesn't have a tournament anymore.

The Old White Course may have been updated and a few yards added, it still won’t play very difficult for these pros.  It measures out 7,286 yards and has been one of the hardest tournaments to predict over the past few years but that won’t stop me from trying.  This track is a Par 70 which means right away Par 4 Scoring is at a premium. When you look over the stats of top performers on this course, you’ll noticed Strokes Gained: Tee to Green (SG:TG), All Around, Proximity and as always Putting.  This is a course that these top players can really score, so I’ll be putting a little more stock into recent form over course history. Also, the average Greens in Regulation (GIR) for the week is around 70 percent which means that all these players will get on the greens in two and it will come down to who is rolling the ball the best.  That also means that getting the ball close to the hole on approach is vital as well which means proximity. That’s about all you need to know about this course.

I’ll freely admit that I am not going hard this week looking over the course history.  The scores will be low and just about anyone in the field could just catch fire and light this track up.

You can hear me chat about the playbook with Howard Bender and Jim Bowden on the Fantasy Alarm Show on SiriusXM Fantasy Sports Radio at around 5:30pm ET on Wednesday afternoon.