Drew Phelps explores every Fairway, reads every Green and uses his DFS Golf experience to put together a winning playbook for the AT&T Byron Nelson. 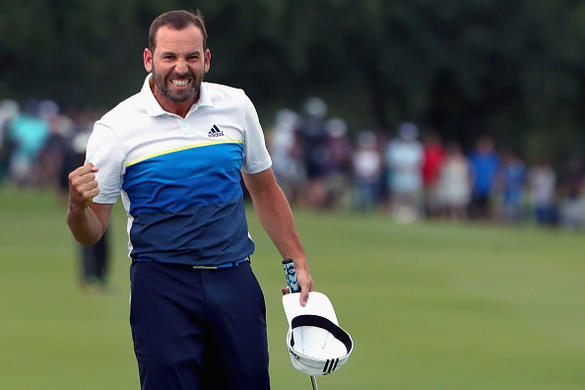 What a week at the Players!  I know it lacked drama on Sunday because Webb Simpson ran away with the tournament but what a performance.  The dude had been playing so well and this was a culmination of all that work on the greens coming together.  Good to see Tiger make a charge on Saturday and get himself into the mix on Sunday. Rory McIlory just completely hosed me in so many ways this week and I’ll likely never recover.  But the best part of playing Daily Fantasy Golf is there’s always next week to make it all back. Let’s take a look at the Byron Nelson.

This week should be interesting as the Byron Nelson celebrates its 50th anniversary by moving the tournament to a brand new course called Trinity Forest Golf Club located in Dallas, Texas.  Trinity Forest was an interesting name choice for this course as there is not one single tree on the 7,380-yard par 71.  There isn’t even a water hazard. The course features 88 bunkers that will strike major, minor, diminished and augmented chords in targeting for course management due to the virtual absence of distance cues.  To the eye, it's a links-style layout sans the traditional out-and-back characteristic. They did a sort of a trail run here in August of 2017 when it hosted the Texas State Open. It played as a par 70 at 7,135 yards and there were three 65s and a 67 scored by Brax McCarthy to finish 18-under which gave him an eight-shot victory in both favorable and inclement conditions.

So, being that this is a new track for these players, we don’t have any course history to use when determining our lineups.  We will have to rely heavily on recent play and looking at the history for players on courses with a similar lay out. Open Championship style courses would be a nice start being that it is a links course.  When doing some research, it doesn’t look like bombers have a decided advantage this week, so I’ll have a mix of both big hitters and accurate ball strikers.

This week's forecast is pretty typical for this time of year in Dallas, Texas, HOT!  It’s gonna be mid-90s with wind gusts into the teens.

Reminder, I’ll be on with Howard Bender on the Fantasy Alarm Show on SiriusXM Fantasy Sports Radio (Sirius 210 & XM 87) at 5:30pm ET talking about this week’s event.  You can also comment below or tweet me @Drew_Phelps83