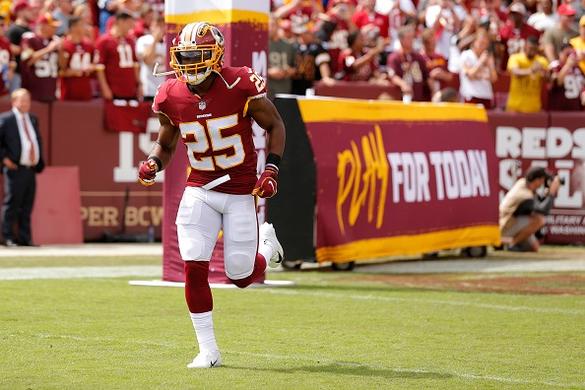 Catch Me If You Can

I know it is still very early on in the season, but what is going on with running backs catching the ball at such a high volume so far?

Let me throw some numbers at you: Theo Riddick is currently on pace for 112 receptions; Alvin Kamara and Melvin Gordon , 120; Saquon Barkley , 128; Chris Thompson , 152; and Christian McCaffrey , a whopping 160. Both McCaffrey and Thompson are on pace to set the NFL single season receptions record by nearly a 20 catch margin, while every other name on this list is on pace to set the receptions record for the running back position outright.

Look, I understand, it has only been two games so far, but the fact that so many running backs are sky high on the league leaders list for receptions is a bit out of the ordinary.

What do we make of it? Well, you can look at it in one of two ways… Either A) this will be an odd year/is the new norm for the NFL and several running backs will set receiving records, or B) things will...