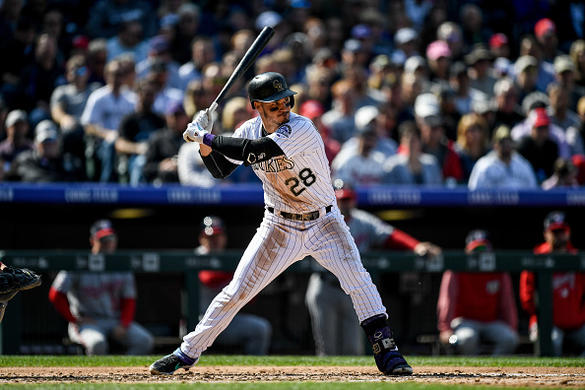 In terms of first round selections, Colorado third baseman Nolan Arenado is about as sure as they come. The star third baseman has played in 155 or more games in five straight seasons, hitting at least .287 with 37 home runs and 110 RBI in each of those seasons. He has three 40+ home run campaigns during that span, and he was three runs short of 100 runs in 2015, which would have given five straight of those seasons as well. Playing half of your games in Coors Field certainly helps, but the guy is a pure hitter. Sure, his batting average at home for his career is 59 points higher than on the road, but for now, he’s still a member of the Rockies, so it should be the status quo for Arenado in 2020.

Arenado doesn’t have the average exit velocity of an Aaron Judge or Giancarlo Stanton , but he’s been incredibly consistent over the years in terms of his Statcast metrics.

It seems like on a yearly basis, Arenado is going to hit at least 40 home...