Colby Conway takes an in-depth look at Andrew Benintendi and lets fantasy football owners know what to expect from the Red Sox outfielder during the 2020 MLB season. 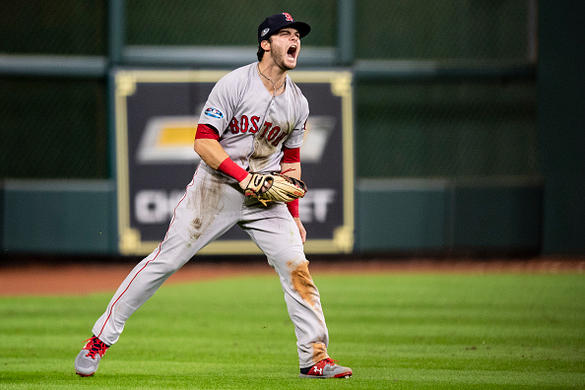 I remember about a year ago writing up Andrew Benintendi ’s player profile. Looking back on it now, I was quite wrong. My parting shots in that article were as follows:

“At the top of a potent Boston lineup, Benintendi provides multi-category stability and elite upside for fantasy owners.

Well, the optimistic side of things is that Benintendi did in fact contribute across the board, however, the end results were far below what many expected. I tabbed him as a potential 25/25 guy, instead, he was a member of the 10/10 club, which saw numerous players in 2019. It was a trying year for the young outfielder, but at just 25 years young, he’s due to tap into his potential and have a nice bounce back 2020 campaign.

So, what exactly happened in 2019? Surely there were numerous factors that played into his statistical decline. I want to point out two big things that stand out regarding Benintendi’s 2019 season.