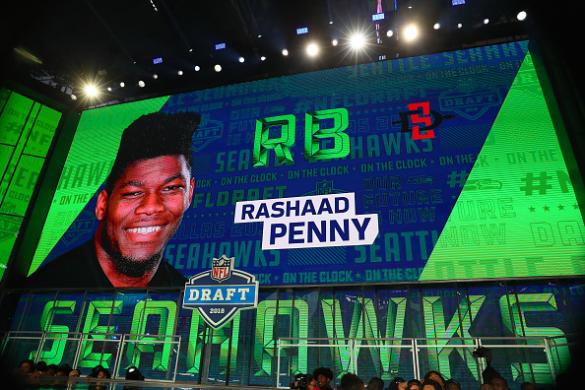 Leading up to the start of the NFL season, we will take this time to explore the average draft position (ADP) of various players in the National Football League. These numbers are far from concrete and will change before next month, next week and even the end of the day! If you’re a seasonal player who loves the managerial aspect of fantasy football, the NFFC ADP column in the spreadsheet at the end of the document is the column for you. If you have transitioned your fantasy football experience to the emerging best ball arena, the RTSports ADP column is for you.

Stark Comparisons with Rookies between Seasonal and Best Ball Formats

Rookies that enter potentially profitable spots often come at the price of a pretty penny, which is typically why the ADPs for rookies are always earlier in seasonal formats compared to best ball setups. Drafting a rookie in the third-round as your RB1 or RB2 seems daunting, but drafting a rookie in the third-round to hopefully be one of your guys and taking a chance on that upside seems much more doable.

The Seahawks want to run the football, so naturally, getting their potential bell cow back seems profitable. However, is it Chris Carson or rookie Rashaad Penny ? In seasonal formats, Penny is going to cost you a third or fourth pick, but in best ball formats, it’s closer to the fifth round. However, for someone like Ronald Jones , he’s going off the board four picks earlier in seasonal formats. Here’s a look at some notable rookie running backs and their ADP:

This isn’t always the case for most rookies, but it certainly makes sense. Attacking rookies is typically a deployed strategy in best ball formats, because there is value to be had with getting these young guns at a price that you may never get them at again in future years. Watching the ADP for these rookies will be fascinating, because they are sure to rise with good preseason appearances

In best ball formats, taking a chance on some of the more boom-or-bust receivers certainly makes sense. The more faith you put in those types of players in seasonal formats can sometimes be referred to as dancing with the devil, because these players typically carry great inconsistency. For each week they give you a 20-burger, you find yourself gasping for air when they put up a two point dud the following week. More often than not, deep threat, home-run hitting wide receivers will cost higher draft capital in best ball formats compared to seasonal setups.

We see this with San Francisco’s Marquise Goodwin . His ADP in the best ball formats over at RTSports is seven picks earlier than that in NFFC formats. Goodwin’s ADP will likely continue to rise because the reports from camp are glowing about the Jimmy Garoppolo -to-Goodwin connection. If you extrapolated his performance with Garoppolo last year to a full season, Goodwin would total 88 receptions for 1,232 yards. Goodwin can break off the big one at any point, which is what makes him so appealing in all formats.

Similarly, Houston’s Will Fuller is going off the board 15 picks—over two rounds (!)—earlier in best ball formats compared to season long setups. When budding star Deshaun Watson was under center, Fuller was an absolute monster, racking up fantasy points in bunches. In four games with Deshaun Watson , Fuller caught seven touchdown passes. At last season’s pace with a full year with Watson, Fuller would have amassed 52 receptions for 1,116 yards and a whopping 28 touchdowns. Fuller bulked up over the offseason and reports from Texans camp are that his routes are incredibly crisp and he’s giving the corners fits. Fuller’s ADP will likely continue to rise as a Watson-led offense could be incredibly profitable in fantasy football this season. It’s Fuller and Hopkins in that offense, and everyone else is a distant third and beyond.

What To Do with LeSean McCoy? 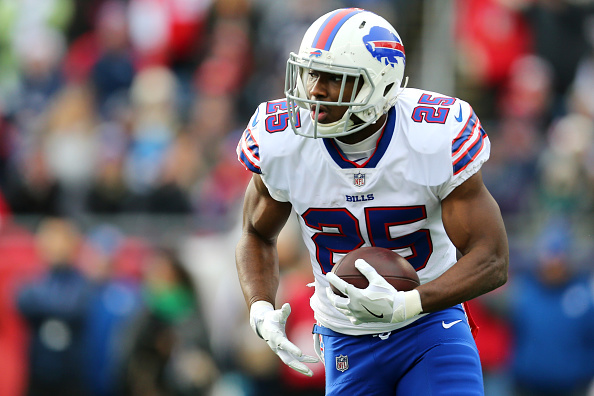 Just a few weeks ago, LeSean McCoy was primed to be a late-first, early second round draft pick. However, when the news broke of his alleged domestic violence, substance abuse and animal cruelty, many potential owners were scared to use the pick on him. He isn’t out of the woods yet as investigations continue. Given the severity of the accusations, he could face a suspension, leaving fantasy owners without their RB1 or maybe even RB2 for an unspecified amount of time. Since the start of June, his ADP has fallen nearly six picks, or half of a round in 12-team formats. At his current ADP, McCoy will cost you a third-round draft pick.

The near plummeting of McCoy’s stock completely explains the surge from teammate and backup running back Chris Ivory . Over at RTSports, Ivory’s ADP in June was 232, but it’s now 206.48. The McCoy news boosted Ivory’s appeal in best ball formats, because if McCoy were to miss time, Ivory is an absolute steal and in line for bell cow work. In seasonal formats, Ivory is just a handcuff, but in best ball, Ivory could be a winning play. If he doesn’t pan out in best ball, so be it, but in seasonal formats where each roster spot is crucial, using that spot on a handcuff may not be as appealing as another wide receiver in line for consistent targets.

If your league has a late draft, there will certainly be more clarity on this situation, but drafting McCoy at this point seems like the fantasy version of Russian roulette, because at any given moment, something new could drop, potentially killing McCoy’s 2018 fantasy value.