Fantasy Baseball The Week That Was: August 26 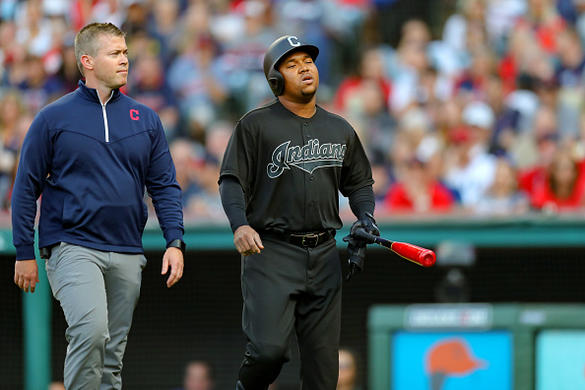 James Paxton :   Big Maple was strong Friday tossing six innings of two-run ball while walking none and mowing down 11.  That makes four quality starts in the last five.  Taking it one step further, over his last six starts, Paxton has a 44:9 K:BB ratio over 34.1 IP.  While the year-long 4.43 ERA and 1.39 WHIP hardly get anyone excited, his recent performance should.  There has never been a question about the talent, only about the ability to stay healthy.   Given that he has been strong lately and sports a 15-percent swinging-strike rate and 66-percent first-pitch strike rate, I would say the reasons for optimism are substantial.  Invest.

Trevor Richards :  The righty tossed six innings of shutout ball Friday while giving up just two hits and striking out five.  It has been a tumultuous season for Richards who went from the Marlins rotation to the pen to the minors to Tampa’s pen and now in Tampa’s rotation.  There are some things to like here such as a 12-percent swinging-strike rate and increased chase rate.  Despite his next start being against Houston, I advocate picking up Richards.  What?  Against Houston?  Yep, but not to start him this week.  Sit him against Houston and get ready to activate him for his early September two-step against Baltimore and Toronto.

Framber Valdez :  Valdez is on his way back to Houston to join the starting rotation.  Take notice.  Yes, I know he has 5.58 ERA and awful WHIP so far this year in the show.  However, his advanced metrics say there is more there:  60-percent ground ball rate; 11-percent swinging-strike rate; and a 61-percent first-pitch strike rate with minor league numbers that are even better including an almost 75-percent ground ball rate, which is absurd.  Want more reason for optimism?  Okay, Valdez has struck out 40 and walked only seven in his last four Triple-A starts.  I am buying and will be starting him against Toronto this week. 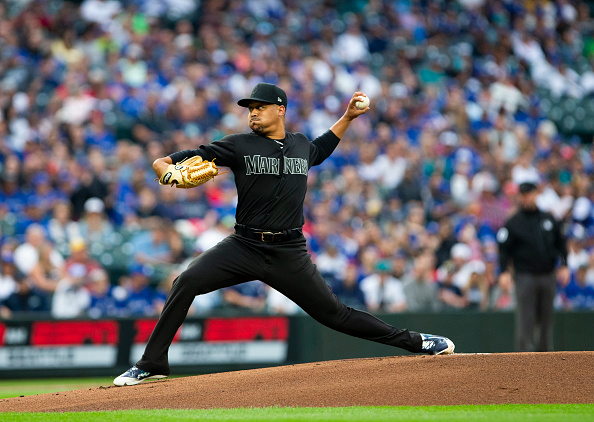 Justus Sheffield: The southpaw, one of the main pieces Seattle obtained for James Paxton, did not have it Friday, going just four innings, giving up three runs and a whopping 10 baserunners.  Sheffield may be served one day but I see no signs of that happening any time soon.  His stats in the show this year are awful:  6.43 ERA and a WHIP over 2.00 (albeit in a very small sample size).  One might overlook that, however, his Triple-A numbers hardly shine:  6.87 ERA and a 1.82 WHIP.  I hope someone in my leagues starts Sheffield when the Yankees come to town this week.  It will not be me!

Matt Magill :  There is a new closer for the Mariners.  No one has been able to keep that job this year but, Magill seems to have the tools to do so:  95+ MPH fastball; 14-percent swinging-strike rate; and more than 11 K/9.  In the end, saves are often in very high demand.  Even if you do not necessarily need them, grab Magill as someone will make an offer if you do not need him.

Finally, the moment you have been waiting for (sort of) -- Schultz says: “Just when you thought the dead horse could stand no more, José Ramírez goes and fractures the hamate bone in his right hand, possibly ending his season. (As a practical matter, this definitely does.) While Schultz has never played professional baseball, he has played enough softball to know that the wrist is an integral part of hitting. He also knows enough anatomy to know that the healing of a hamate fracture doesn't instantly come with the return of the strength to the wrist). Schultz joins all Indians' fans and Ramirez's roto-owners in a Pacino-like "JUST WHEN I THOUGHT HE WAS BACK, THEY TAKE HIM AWAY FROM ME AGAIN!!!!"

At the very least, JoRam (not his real nickname) will be back in 2020 and he will likely be a relative bargain as everyone will worry about this past season's dismal first half and wonder if he's really healed. For this year though, everyone should be turning to Schultz's deep and thorough knowledge in order to steal the roto-find that will be manning the hot corner on Carnegie and Ontario for the next two months. So, lean in close . . . no, a little closer . . . even more, this is a well-kept secret. So . . . here's the thing . . . . THERE'S NOBODY!!!!!!!!!! Mike Freeman will be serviceable and Yu Chang is no Gio Urshella. Let me repeat that because it's fun to say Yu Chang is no Gio Urshella. Go see if the Bo Bichette owner has forgotten he's awesome and see if they'll give him to you cause there's no savior coming to Cleveland to replace Ramirez.

I will now leave it to The Overlord to point out that Schultz has lost his mind. I will not disagree him.”

Response:  Can one lose what one did not have?  Just kidding.  Yeah, there is no replacing Ramirez, it just stinks for the Indians, JoRam fantasy owners and Andrew Luck owners.  Yeah, went there.