Fantasy Baseball The Week That Was: July 22 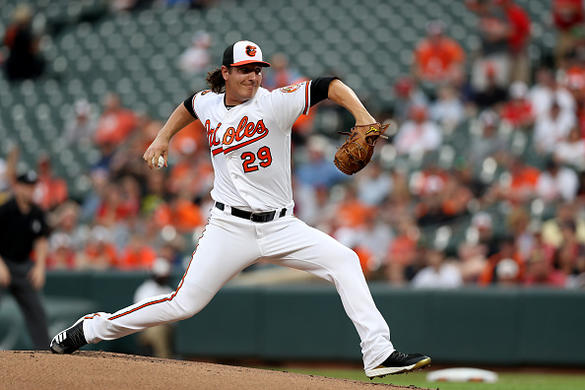 Asher Wojciechowski :  Wojo was just awesome Sunday tossing seven innings of shutout ball giving up just one hit while striking out 10.  Yes, you read that correctly. As Harry Doyle of Major League fame said “one lousy hit?”.  Yep. Wojo was THAT good. The question is what will happen from here on?  Well, he is already 30 and came into the game with an ERA over 5.70; Not 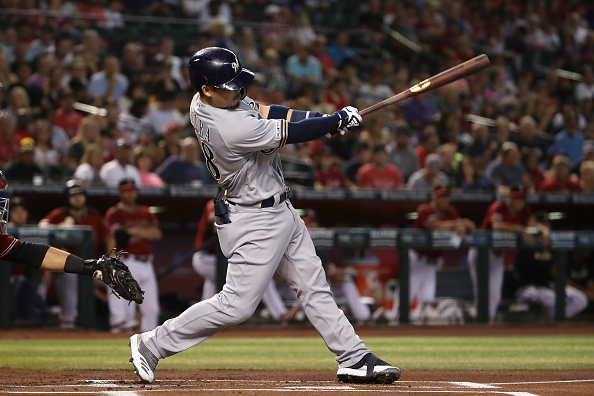 good.  He did strike out seven in fewer than six innings on the 16th; Good.  Wojo has over a 15-percent swinging strike rate; Good.  Coming into Sunday, Wojo was giving up over 47-percent hard hits; Not good.  Bottom line here is that there is just not enough to say that a 30-year-old pitching for a bad team can keep performing at a high level.  As the Sharks on Shark Tank often say.  I am out.

Keston Hiura :  Keston Hiura went 2-5 with a run scored Sunday to stay hot.  Coming into Sunday, Hiura was hitting .500 over his last 14 days and .388 over the last 21 days.  Hot, hot, hot. The advanced metrics say he will continue to rake (albeit not. 500). He rarely makes soft contact (only approximately 15% of the time), sprays the ball around (approximately 30% pull; 40% up the middle; 30% oppo), and has a solid 24% line drive rate.  Keston was one of the top prospects in baseball for a reason. If there is a non-believer in your league, pounce!

Reynaldo López : Reynaldo López was dealing Friday tossing seven innings of two-run ball while walking just one and mowing down eight.  On the year, the surface stats do not look pretty: 5.76 ERA and 1.50 WHIP. Actually, that is brutal. However, in his two post-ASG starts, Lopez has pitched 13 innings, given up just 2 earned runs and has struck out 15 hitters.  Honestly, I am not sure if this is a talented pitcher finally putting it all together or just two darn good starts. However, I do know two things: One, he has the Marlins next so I am in for that start. Two, 25-year-old pitchers who throw 95, have had success in the past and already have a ton of MLB experience are better bets to take a leap than the kid who just arrived from AA.  If you need to make a move in the standings, speculate. 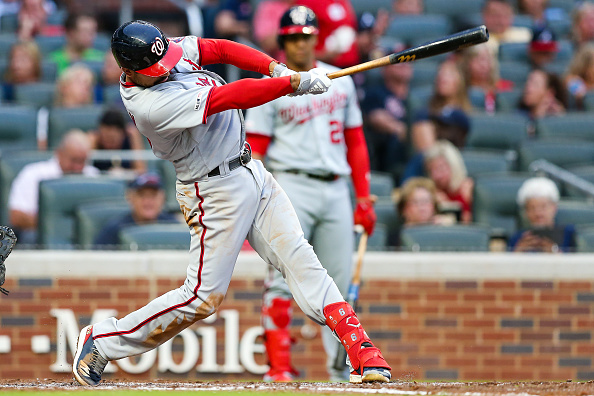 Jose Urquidy:  Before the break, we wrote: “Speaking of pitchers with gaudy minor league numbers, Jose Urquidy surely qualifies.  In 76.2 innings, Urquidy has mowed down 104 hitters. That is setting them up and sitting them down. His first MLB start was a bit shaky but Houston plans to keep him in the rotation.  Given that Houston seems to know pitching, will win games and has a bullpen to bail out Urquidy when or if necessary, Urquidy is a worthy add. Oh, and if you need more ammunition, consider that Urquidy posted over a 16% swing strike rate to support his minor league K numbers.  [Note: after I wrote this but before publishing, Urquidy had a bad Sunday outing. It is worrisome but could reduce the price for a high upside K pitcher].” Well the price did come down when Urquidy was sent down to the minors. However, if you kept the faith, you were rewarded with 7IP, 2H, 1ER, 1BB, 9K.  I do not know when he will get his next start but as I said, if you need K’s you will make sure Urquidy is on your roster when he does.

Finally, the moment you have been waiting for (sort of) -- Schultz says: “ With the second half of the season underway, a large majority of those that dabble in the rottiserial arts are engaging in a technique known as the “regrouping of assets in a tactical bid to acquire a championship in the not-to-distant future.” While not unlike a squirrel’s biological urge to store acorns in contemplation of a torrid winter, this practice is commonly referred to by its more uncouth moniker - “dumping.”

The main problem with dumping is that the majority of teams do it incorrectly. In most leagues, the key isn’t going out and acquiring MacKenzie Gore or Bo Bichette . While talented, the projected return on investment isn’t 2020. Youngsters like Pete Alonso and Fernando Tatis Jr. would and should be prime targets but in most leagues, they are not (nor should they be) priced or slotted as keepers.

Each league’s rules work differently, thus making blanket recommendations for keepers to target an unsound venture. In the main, look for talent that has somehow gone undervalued. Shohei Ohtani may have gone overlooked in your league due to everyone forgetting that Tommy John surgery doesn’t prevent one from swinging a bat. Post-hype prospects like Scott Kingery and Lucas Giolito or present-hype prospects like Alex Verdugo and Franmil Reyes - whose pre-season value depleted their value - abound in every league.

Play your league and play your league’s other owners smartly and gather assets that will pay dividends in 2020, not make some stathead salivate over their potential.”

Response:  As much as I want to snark and criticize, I cannot.  This is quality advice that all should take to heart in planning for 2020!