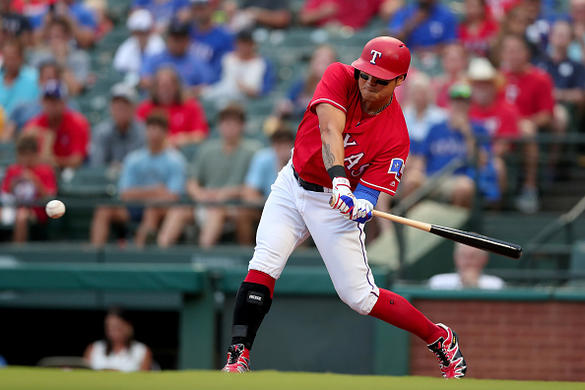 After looking at all of the tools available at Fantasy Alarm, the example lineups page should be used to help validate your thoughts, as well as help you consider some options that may not have been on your radar for the slate.  In addition to the example lineups, below you will find a breakdown of possible routes to take when building your MLB lineups tonight. While we are focused on FanDuel and DraftKings, this breakdown can be used for all sites. Please use our live chat feature to share your thoughts, and receive any feedback leading up to first pitch.  Good luck!

Please note that this was written before all lineups have been posted, which may open up new routes to consider.  We do have some weather concerns tonight, with the TOR/KC game having the most concern. It’s worth monitoring up to lock time, but safest route is to avoid the pitching. 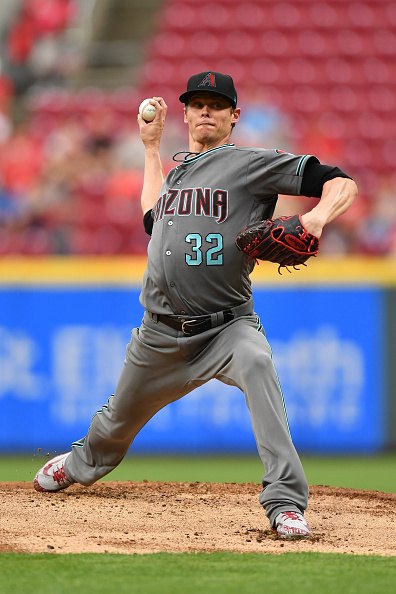 I always start my lineup building with pitching, as it’s the most important part of building your lineups. I tend to look for pitchers who I believe can pitch six innings, strike out six, and give up no more than two runs.  Feel free to set up whatever parameters you want to, but should set yourself some type of “floor” when it comes to how you select your pitchers.

Thirty Second Cheat Sheet: If not on Buchholz, it’s a wide open slate, as no team is a large favorite, and the largest favorite of the slate, Ervin Santana is not on my radar.  In my mind, there are roughly eight pitchers that I could see being owned, with the rest consisting of players likely 2% or less owned.

This slate is much more gpp friendly, with Clay Buchholz and Jon Gray likely your best options, but also the higher owned ones.  I prefer Tanner Roark over the favorite in the game in Luke Weaver , but the Cards are a hot team. The same could be said with Julio Teherán and the Braves, who are pretty much a pick’em vs the Rockies.  I don’t mind Jon Lester or Iván Nova , but would rather take the risk with Jacob Nix. Overall, I’m not sure if anyone pitches a gem tonight, so it’s more about trying not to pick the one who gets rocked, while picking the right teams to target bats from.  I do really like Sam Gaviglio tonight, but the risk is def there with the weather.

Thoughts from the Fantasy Alarm Team: Our pitching coach, Tom Vecchio, likes Gray, Roark, and Buchholz if paying up, while Nova would be his mid-priced target over Lester.  Jurado for the bounce back is his value play.

Our projections have Weaver leading the way, followed by Gray, Buchholz, Roark, and Julio Teherán .  Weaver is the top FD value, while also near the top on DK.

Five Second Cheat Sheet:  It’s either target the LAA/TEX game, or fade it for other team stacks tonight.

Catcher:  Salvador Pérez is swinging a hot bat if weather isn’t a concern, while Yadier Molina , Willson Contreras , and Mitch Garver are solid pivots.  Whomever catches for the Angels tonight would be my value route.

First Base: Paul Goldschmidt and Matt Carpenter are both top options if you are paying up, but really like Jurickson Profar on FD at first.  He fits in elsewhere on DK as well. I mentioned other routes in the playbook, but ideally, most options are in play depending on your team targets.

Second Base:  I prefer using second to save some salary over paying up, but you may not need to tonight with the cheaper pitching. The top options were listed in the playbook, but also like Logan Forsythe, Daniel Murphy , and Kolten Wong if going cheap.

Third Base: Wide open tonight, with additional thoughts listed in the playbook. The David Bote vs David Freese , and Miguel Sano vs Jeimer Candelario matchups are both in play as top targets for me.

Shortstop: Go with your gut for this position tonight, as there are plenty of routes to go.  I mentioned some in the playbook, including Trea Turner and Andrelton Simmons . 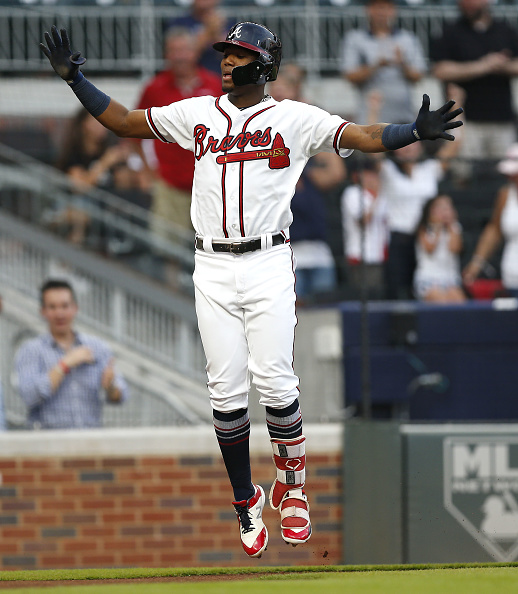 Outfield:  Ronald Acuna is playing tonight if thinking he’s 100% to go, but the options in the LAA/TEX game is your best route to take.  Shin-Soo Choo and Shohei Ohtani are your two likely best options, but can make the case to go with all three from each team. I mentioned other routes to take in the playbook, with Bryce Harper , Nick Castellanos, and Marcell Ozuna my preferred options.

Thoughts from the Fantasy Alarm Team:  Our hitting coach, James Grande, likes Ohtani and Peralta if paying up, while Diaz and Murphy would be his top mid-priced options.  Forsythe would be his top value play.

Our projections have Upton leading the way, followed by Baez, Goldschmidt, and Smoak.  Rizzo, Calhoun, and Castellanos lead the next group, with Bote as a top value play.

If playing gpp’s, your best approach is stacking.  Pick a game, or two teams that you think will blast off, then go all in on them.  Yes, entering your cash lineup, or another type of lineup can cash in a gpp, but if looking to finish in the top 1%, you need to hit with a stack. Your best bet is likely to full stack the LAA/TEX game, or completely fade it.  I feel like that game will be stacked on roughly a third of the lineups tonight. Nothing wrong with targeting that game, but try to make your move to stand out in that stack. I suggest loading up on all three OF options, which would be a Choo, Mazara, Gallo stack along with Profar.  That leaves you with the less popular Angels options in Simmons, Fletcher, Pujols, and Arcia. That will leave you with plenty of salary for pitching.

Our stacking coach, Brett Talley, likes the LAA/TEX game as the top option, while the Nationals would be his lower owned stack.