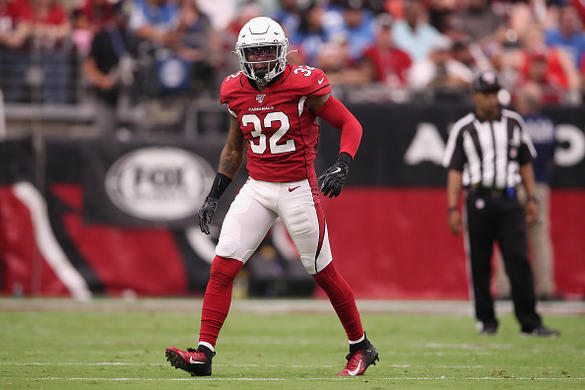 This week we present the third in our series previewing defensive players that are available to populate your IDP rosters once the NFL season actually begins, an event whose occurrence is clouded at best at this moment in time. As we await the NFL draft, being orchestrated from the commissioner’s basement, this article focuses on those players who patrol the defensive backfield, the safeties (with the cornerbacks being featured next week). These players can rack up the tackles for your defensive squad, and offer some big play production, similar to that offered by linebackers who we covered a couple weeks ago, and significantly more than last week’s subject, the DLs.

To repeat the first suggestion set forth the last couple of weeks, It will be to your immense benefit to examine and comprehend your league settings intimately. This will allow you to take full advantage of any idiosyncrasies that your commissioner or the platform your league plays within have inserted in your league’s scoring system. Once you have studied the settings, you should be able to determine what on-field results are most valuable for defensive players.

Essentially, there are three types of IDP leagues: tackle-oriented, big-play or hybrid schemes. Those three league formats are fairly self-explanatory, but in short, tackle-oriented leagues reward heavily for tackles collected, while big-play leagues compensate for interceptions (INT), sacks, fumbles forced (FF) and fumbles recovered (FR). Hybrid IDP leagues combine both those systems, remunerating in an even-handed manner for IDP that either tackle a ton or shake things up on the field by generating turnovers or loss of yardage. For an example of a hybrid scoring system, the following point structure is one used in certain leagues that I have participated in over the years:

One additional proposition is that touchdowns are generally set at a standard six points, no matter how achieved.

This point also bears repeating: Do not to get caught up in any one player thinking that he will make or break your draft. There will (almost) always be another player that can provide the same or nearly the same results as that player that your opponent drafted before you had the opportunity to select him. Instead, you can improve your confidence and provide yourself with some peace of mind by grouping your IDP into tiers as part of your draft preparation. Figure out, based upon whatever projections you gather from the experts or that you compile yourself, which players are relatively comparable in the overall fantasy production they will provide you over the course of the NFL season. Then, when you are in the middle of your draft, you can keep track of when the set of IDP in a particular category (LB/DL/DB) is being diminished to a point where you will have to settle for lesser value if you do not jump into the pool this round.

To aid in your drafting efforts, and understanding that no rookies are included in the tables below, and further realizing that these projections are subject to adjustment over the next few months, below are tables that set forth the top 25 safeties for tackle-oriented, big-play and hybrid leagues, with rough tiers (1/2/3 and in two sets, 4) within the groups.

Next week, we will cover the complimentary defensive backs, the cornerbacks, similar to how this article discusses safeties. Once the draft takes place, rookies as appropriate will be included in the tables.

The big plays that Safeties provide run the gamut that are valuable for fantasy purposes, consisting of interceptions, pass deflections and forced and recovered fumbles, with the occasional sack tossed in for good measure. Safeties are great sources for tackles, although they generally are less productive in this stat category than linebackers but more so than defensive linesmen.

As ever, godspeed and best of luck in your fantasy endeavors. If you have any questions regarding IDP, or fantasy football in general, you can send an inquiry to ia@fantasyalarm.com for a personalized suggestion (or two, if the spirit moves).

G. Edwards - RB
BAL1
Ravens RB Gus Edwards, LB Chris Board, CB Davontae Harris, and P Johnny Townsend are restricted free agents this offseason.
Baltimore's restricted free agents can negotiate and sign with any team, but the Ravens can offer them qualifying offers that come with the right of first refusal and/or compensation in the form of a draft pick. Edwards, who averaged five yards on his 144 carries in 2020, could draw interest from running back-needy teams impressed by the big back's agility and tough running. In Baltimore, he will surely remain the No. 2 back behind J.K. Dobbins in 2021.
Added 8:10 am (EST)
Added 8:10 am (EST)