Looking for two-start pitchers for the upcoming week of MLB action? Ivar Anderson has the full list and tells you who to start and who to avoid for the 17th week of the fantasy baseball season. 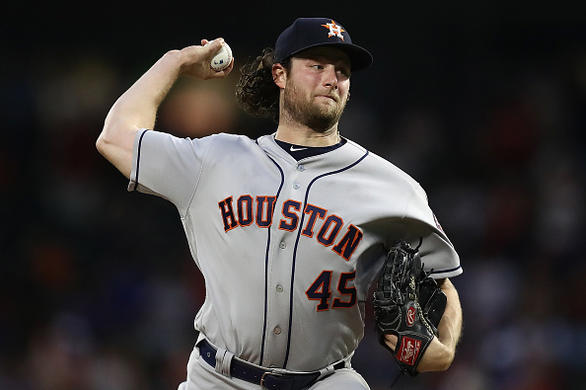 It is entirely possible that some of these starting pitchers may have landed on different teams by the time Week Eighteen opens up, and thus will have lost their two-start status as a result of a trade-deadline move. As of the time this article is being written, however, the SPs listed below are the dual appearance hurlers scheduled to head to the bump for the coming scoring period. This is a volatile time in major league baseball, as it is every season, so keep your options open and adapt, improvise and overcome.

Aside from the first three pitchers listed here, it is no slam dunk that you automatically roll any of the top tier pitchers out for both their starts automatically. The 11 SPs in this group are all worthy of consideration despite the opponent they are taking on or the venue(s) where they are plying their trade, but this is probably the first week where this group is filled with more uncertainty than confidence. If you have these mound presences on your roster, go ahead and run them out there for both starts and accept the results, which for the most part project to be positive.

Anderson has been on a great stretch where he has not allowed more than two earned runs over his last five starts, and where his ERA has dropped over a run, sitting at 3.57 as he heads into Week Eighteen. With two games away from Coors this coming week, he leads the middle tier as a two-start alternative. 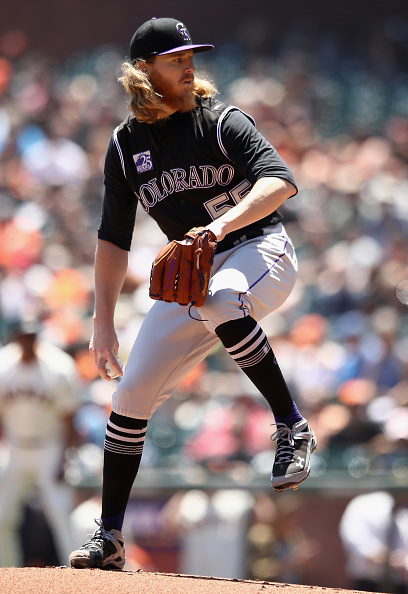 Gray, as with his teammate profiled immediately above, has a couple of starts on the road and away from Coors Field, but he is the aberrant Rockies pitcher that accumulates better stats at home than on the road. He offers elite K numbers with an 11.09 K/9 over 106.1 innings pitched (IP) in 2018, and he has the skill set to generate an abnormal number of grounders from opposing hitters (2.15 GB/FB ratio in his 19 starts), thus allowing him to keep the ball in the park. Both the two-start Colorado pitchers are good if not great possibilities at SP this coming scoring period.

Roark came out of his pre-All-Star break funk, firing bullets and racking up 11 Ks in Milwaukee over an eight inning, three-hit victory. He has two home starts against a pair of last place opponents, but then again, his home-road splits are not exactly positive when he takes the mound in Nationals Park this season, so temper your enthusiasm a bit based on that situation. His control needs some improvement to make him a more dependable arm, but he does strike out eight hitters per nine innings, which is acceptable.

Teheran is the first Brave pitcher with two starts profiled here in the middle tier (look a paragraph below for the second one, hint, hint) and has a pair of good matchups as his team takes on the Marlins at home then travels to the Big Apple for a game against the Mets. He is walking far too many opposition batters to be a dependable option, but has kept his WHIP (1.25 over 110.0 IP this campaign) in line by limiting the base hits this season. He is a good source of Ks (8.26 K/9 through his 20 starts in 2018), and both his opponents are mid-tier offenses with regard to swings and misses, so there is that in his asset column in Week Eighteen.

Sanchez has been a superb rebound starter for the Braves in 2018, but does not deserve total trust just because of how mediocre or worse he has been over the past few seasons. Plus, he was not exactly sharp in his most recent outing, yielding four earned runs (five total) on seven hits and a pair of free passes in a six and a third inning loss to the visiting Dodgers. As with Teheran, however, the matchups in the coming week are favorable, and it is difficult to argue with a 3.00 ERA and 1.09 WHIP over his 78.0 IP to date.

Buehler has been getting hurt by the long ball recently, having yielded five homers over his last 10.2 IP. While he does have a couple of home starts on his plate, those are against the tenth and ninth top teams in putting the ball over the wall this season with the Brewers and Houston coming to Chez Ravine in Week Eighteen. He is still sporting a useful 3.92 ERA and 1.10 WHIP through his limited 62.0 IP this season and is striking out better than a batter per inning (9.29 K/9) while demonstrating great control (2.03 BB/9 in 12 appearances/11 starts), so the rookie is a good option with two starts on deck this coming week.

Straily has been much better on the road this season, so a pair of starts away from his generally pitcher-friendly home park in Miami is a source of optimism for the 29-year old righthander. He is a poor strikeout option (7.39 K/9 over his 16 starts) but does offer decent if not fantastic ratio stats (4.07 ERA, 1.32 WHIP) and with his ability to pitch deeper into games, he also offers the potential for a victory on occasion. He may not be exciting, but with two starts and under 10% ownership in both ESPN and Yahoo leagues, he is a good Week Eighteen pickup for the short term.

Bieber was awful in his most recent start against the Pirates, giving up seven earned runs before being removed in the second inning, including two home runs and a triple. His ERA jumped more than a run with the poor outing, ballooning to 4.80, but prior to that disaster, he had won five of his previous six starts. He has been giving up more runs, and perhaps teams are learning how to attack the rookie, but his offense can frequently bail him out even when he yields more runs than would qualify for a quality start (QS), and neither of his matchups this coming scoring period are terrible.

Leake wraps up the middle tier, and is working on a pair of QS. Be warned, however, that he failed to get past the fourth inning in the two trips to toe the rubber prior to those games. He relies on his excellent control (2.04 BB/9 over 128.0 IP) and an ability to generate groundballs (1.98 GB/FB ratio through 21 starts) as his strikeout numbers are terrible (5.41 K/9, for a total of just 77 Ks on the season). He does have a pair of home starts, but also gets to face the defending World Champs in his first appearance of Week Eighteen, so using him in just his second start against the visiting Blue Jays may prove to be the better decision if you have him in your fantasy rotation.

You could consider a couple of these pitchers for streaming purposes, namely Jackson at home against the Tigers in his second start, or Perez when he takes on the pitiful visiting Orioles, again in his second trip to the mound of the week. Other than that, though, you would do well to simply avoid placing any of these hurlers in your rotation. There is just too much potential for damage to your ratio stats with little benefit in the counting stat categories.

FANation Chat is now live on the site. Feel free also to send any starting pitching or other fantasy baseball questions to ia@fantasyalarm.com for a private response to your specific issue. The more detail you can provide about your team and league, including settings (H2H vs roto, points or categories, weekly or daily moves, roster size, league size, etc.) the better the response will be suited to your individual situation. As ever, good luck and Godspeed in all your fantasy endeavors.

A. Riley - 3B
ATL
Riley is the underdog in the third base competition with Johan Camargo, Mark Bowman of MLB.com reports.
For a full breakdown and detailed player analysis GO PRO and join the Fantasy Alarm Family! CLICK HERE to unlock your PRO package and take advantage of instant savings!
Added 7:26 pm (EST)

C. Kershaw - SP
LA
Kershaw pitched 1.2 scoreless innings in his first Cactus League start Friday, allowing two walks and striking out four. He did not give up a hit.
For a full breakdown and detailed player analysis GO PRO and join the Fantasy Alarm Family! CLICK HERE to unlock your PRO package and take advantage of instant savings!
Added 7:09 pm (EST)

J. Adell - CF
LAA
Adell is 4-for-12 with a stolen base and two RBI in four spring-training games.
For a full breakdown and detailed player analysis GO PRO and join the Fantasy Alarm Family! CLICK HERE to unlock your PRO package and take advantage of instant savings!
Added 6:56 pm (EST)