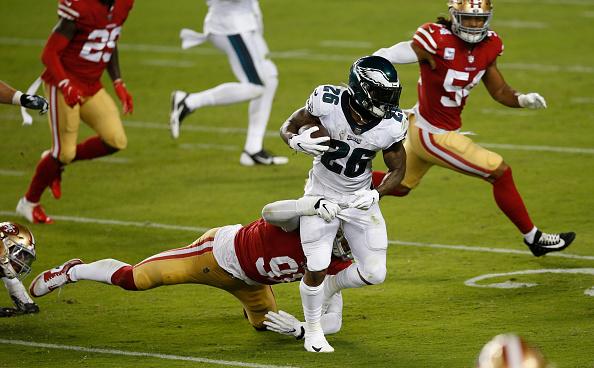 Welcome back to the Fantasy Alarm Week 10 Early NFL Injury Report! As has been the usual so far this season, lots of injury statuses to monitor during the week heading into the weekend! Let’s discuss them.

Head Coach Matt Rhule has labeled CMC as “day-to-day” after McCaffrey suffered a shoulder injury on one of the final drives in the Panther’s road loss in Kansas City for Week 9. It seems that the Panthers will elect to do some further testing on CMC during the week of practice to see whether he will be available to suit up for Week 10 or not. Hopefully, by Friday’s report, we will have a much clearer status update.

It was reported Brown was listed as a non-participant in the Titans Monday session of practice. Brown has been continually dealing with the knee issue that held him out of a few games earlier in the season. Likely, the Titans are just playing it safe with Brown and allowing him to have ample time for healing and recovery. Only bad thing about his status is that the Titans have the quick-turn around game on Thursday Night Football, so we will keep a close eye on him until then. 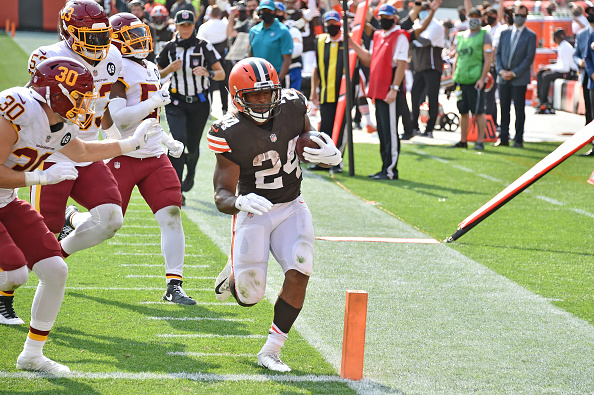 There have been no official moves happen yet to make a place on the active roster for Chubb yet for the Browns’ upcoming game on Sunday against the Texans, but there have been good reports so far out of practice saying that Chubb does look like he is “trending in the right direction.” Chubb is wearing a knee brace on the once injured knee but seems that the brace is not putting a strain on his agility in practice. There should be an official roster move for the Browns if they indeed plan on bringing him back to the playing field on Sunday, so we will look for that this week and hope to have another report on Friday.

It has been reported from Eagles coaches and staff that the plan is for Sanders to make a return to practice sometime this week ahead of the Eagles Week 10 match-up against the Giants. It does seem that Sanders is leaning more towards a return to the field than sitting for his third-straight game. Obviously, this is just speculation and we will need some physical evidence of Sanders returning to the practice field, but we hope to have that important bit of information on Friday’s report, as well.

Carson continues to deal with a foot injury that has held him out of the Seahawks last two games. Much like Sanders’ reports so far to start the Week 10 practices, coaches and staff have mentioned to reporters that Carson is also supposed to make a return to the practice field sometime this week, and if he does, this would place him in great standings to take the field for the Seahawks upcoming match against the Rams on Sunday afternoon. We will monitor the reports for Carson heading into Friday.

There has yet to be any new reports from Bengals practice to start the week, and it is likely due to them maybe not having a practice session for Monday. Mixon could be in fear of missing yet another game with the foot injury that hasn’t allowed him to take the field since Week 6, but hopefully that is not the case. The good thing is that the Bengals were off all of last week for the bye, so this could mean that Mixon is still working on treatment and recovery ahead of their next game against the Steelers on Sunday afternoon. We will continue to monitor his status throughout the week.

No new reports yet from Lions practice on the status of Golladay, who missed their Week 9 match against the Vikings. It seemed that Golladay was a game-time call all week before ultimately being ruled out, so it very well could mean that Golladay could be eyeing a return after getting a full week off last week. We will hopefully have a clearer outlook on his status come Friday. 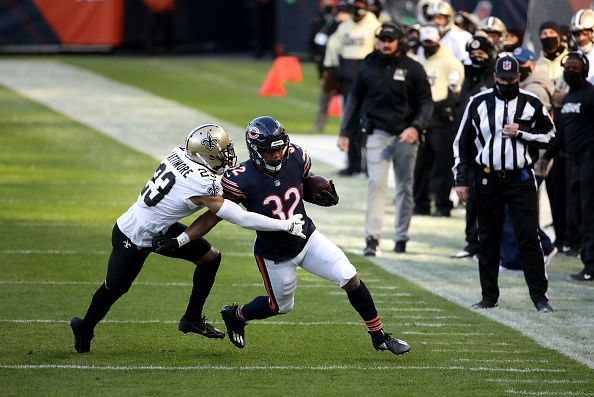 Montgomery suffered a head injury that was later deemed a concussion late in the fourth quarter of the Bears Week 9 showdown with the Titans. Thus, now will have to enter and be cleared from the league’s concussion protocol before being eligible to play in the Bears Week 10 game against the Vikings. The good news here is that this game isn’t played until Monday night, which should allow him ample time to get cleared if it isn’t too severe, however you also are playing the guessing game a bit with just hoping he does clear. Hopefully, we will have official word over the weekend on his status in the protocol.

Same story here for DJ as he will have to enter concussion protocol as well after sustaining the injury in the Texan’s Week 9 match against the Jaguars. This one should be a bit clearer for us, seeing as how the Texans take on the Browns in the first set of Sunday’s games, so we should have his status before the first kick-off on Sunday.

Looks as if Fant re-aggravated the ankle ailment that held him out for at least one game for the Broncos earlier this season. The signs and reports from Head Coach Vic Fangio states that he feels Fant should be “Ok” and doesn’t seem to be in any danger of missing the Broncos upcoming Week ten meeting with the Raiders. It was reported that it seemed Fant was favoring the ankle for some of the game against the Falcons but hopefully he will get the treatment and recovery needed before their Week 10 match and be good to go.

It is being reported by Head Coach Kliff Kingsbury that Drake is now being listed as “day-to-day” with the slightly torn ligament in his ankle. This was also the status that was placed on Drake before eventually being ruled OUT of the Cardinals Week nine tilt against the Dolphins. Likely this was just a way to give Drake an extra week of healing, so we will see what the reports are saying about Drake on Friday heading into the weekend

NFL Edwards-Helaire (hip) to be game-time call vs. CLE

NFL Sammy Watkins (calf) out for Divisional Round game

NFL Jack Conklin (hamstring) yet to practice this week

L. Murray - RB
NO1
Latavius Murray (quad) is questionable for the Divisional Round against the Bucs.
Murray missed practice this week but was labeled as "day to day" by coach Sean Payton mid-week. He'll be a game-time call for Sunday. If he sits, Ty Montgomery could see some extra work behind Alvin Kamara, who would again be a threat for 25-plus touches.
Added 4:06 pm (EST)
Added 4:06 pm (EST)

D. Watson - QB
HOU1
Breaking his Twitter silence Friday, Deshaun Watson tweeted, "I was on 2 then I took it to 10."
It was Watson's first tweet of the new year, and one would have to assume it's referring to his frustration level in Houston. Watson was reportedly extremely irked at the Texans' process that led the team to hire Patriots exec Nick Caserio as its new GM. Watson was kept out of the loop in that hiring, and the Texans have been trying to perform damage control ever since, with CEO Cal McNair stating he wants Watson's input on the new head coach. It may be too little, too late in Watson's eyes. He's also said to be frustrated with the team's insensitivity to social justice. Former owner Bob McNair, who has since passed, was in hot water with racist comments a few years back. Watson could look to force his way out of town this offseason, but we would think there's long way to go until we get to that point.
Added 3:51 pm (EST)
Added 3:51 pm (EST)

V. Miller - LB
DEN
9 News Denver's Mike Klis reports Von Miller is "under criminal investigation" by Parker police in Colorado.
“We’re not commenting on nature of the allegations," said Parker police spokesman Josh Hans. "We haven’t completed the investigation.” That's all we have so far, as Klis has added nothing to the report at this point.
Added 2:41 pm (EST)
Added 2:41 pm (EST)

C. Edwards-Helaire - RB
KC1
Clyde Edwards-Helaire (hip) is questionable for the Divisional Round against the Browns.
CEH got in some practice reps this week, and coach Andy Reid said the Chiefs will take this thing up to game time to decide if the rookie back is ready to return after getting hurt in Week 15. He's had three weeks of rest, but the injury looked significant at the time, so it's no surprise Edwards-Helaire is still fighting it. If he sits, Le'Veon Bell and Darrel Williams will split duties.
Added 2:36 pm (EST)
Added 2:36 pm (EST)

S. Watkins - WR
KC1
Sammy Watkins (calf) is out for the Divisional Round against the Browns.
Watkins was injured in the Week 16 win, and the two weeks off still wasn't enough to get him ready. He didn't practice at all this week. It'll be Mecole Hardman, Demarcus Robinson, and Byron Pringle soaking up snaps behind Tyreek Hill.
Added 2:35 pm (EST)
Added 2:35 pm (EST)

R. Jones - RB
TB1
Bucs coach Bruce Arians said Ronald Jones (quad) will be a game-time decision for Sunday's Divisional Round matchup with the Saints.
Jones looked better at Friday's practice, but his status for Sunday's game is still up in the air. Even if he gets cleared, Leonard Fournette will start after rushing for 93 yards and a touchdown last week. Fournette's hot hand makes him the touch-favorite if both are active.
Added 12:37 pm (EST)
Added 12:37 pm (EST)