Sean Mitchell brings you his top waiver wire adds for Week 15 of the fantasy football season! 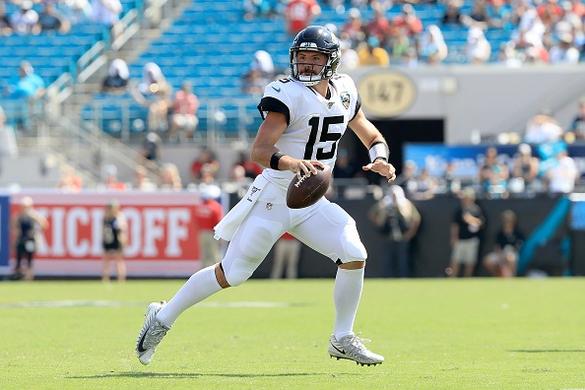 Welcome back to the “In case you missed them,” Thursday Wavier Article! It is Week 15, and most of the season-long leagues are entering the playoffs, or have already begun last week. Hopefully, all of the FANation is proceeding into the playoffs as well! If you missed out on some players after the first waiver period, hopefully you will find some here to help you secure the bag!

Jacoby Brissett (IND)- In a game where the Colts managed to amass 35 points, it wasn’t exactly a monster game for Jacoby. He still managed a nice game, fantasy-wise, as he threw for 251 yards through the air and two scores. This week the Colts travel into New Orleans to take on the Saints, who have been known to get in a couple shoot-outs, including last week against the Niners at home, in which both teams put up over 40 points. Look for Brissett to be a QB2 option this week if need be.

Gardner Minshew (JAX)- Minshew will garner another start this week for the Jags. The Jags have basically all but packed up, and sent it home this season, especially after an absolute obliteration last week at the hands of the Chargers. Nonetheless, they still will play again Sunday, and this week they will face an Oakland team that has not been that great against the pass all season. Minshew was only able to create 162 yards through the air last week on 24 completions out of 37 tries, for one TD, but the big thing was he didn’t make any mistakes as far at INT’s. Look for a bounce-back stream here in Minshew if you need one (hopefully you are not).

Peyton Barber (TB)- The Buccaneers may look to lean more on the run this week, with both Winston dealing with a thumb issue that likely needs surgery, as well as the fact that Mike Evans went down last week to a hamstring injury. I could easily see Barber getting at least his regular 10-13 totes in this game, and could even see the end zone once again. Barber has now put up 7.3 and 18.40 fantasy points in the past two weeks, and has received 11 and 17 carries as well. It would not be a reach to say he will likely continue this trend heading into Sunday’s game against a Lion’s team that has not been great against the run this season.

Chris Thompson (WAS)- Thompson returned from a 6-game absence in Week 13, in which he was not exactly featured much due to the extended work to Derrius Guice , but after Guice went down with another knee injury in Week 14 against the Packers, Thompson was a big hit in the passing game once again. Although he did not manage one carry on the day, he was targeted eight times, caught seven on those balls for 43 yards total. When looking at this line, you would think, “well, that’s not really much.” I agree, but when you put in into PPR-perspective, it equated to 11.30 fantasy points in that format. If you need a PPR flex this week, CT could be sneaky-good option with Guice likely on the shelf until 2020.

Brian Hill (ATL)- Hill is essentially a far-reach this week, however, with ATL traveling into a tough match up with the Niners this week in SF, Hill could benefit from some garbage time once again. Last week, Hill was the main beneficiary of the garbage touches, as the Falcons carried a 20-point lead into the second half against the Panthers. Hill managed nine carries for 62 yards on the ground and a score for a modest 12.20 fantasy points. Again, he is not likely to see much time until either Freeman is injured (sorry to mention), or unless the game gets out of hand. 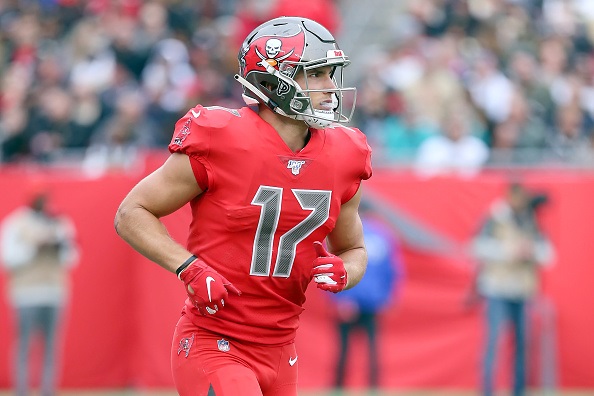 Justin Watson (TB)- It is clear the Buccs are down Mike Evans , but it is also an issue to wait and see how Jameis can throw with his injured thumb on this throwing hand. It has been reported that Winston has not practiced with an actual football this week yet, and has worked on gripping the ball, but has not actually thrown a pass. Obviously, this is not what you want to hear, however, if he plays, Watson should see a nice boost without Evans. Watson was the main beneficiary last week after Evans left the game, as he saw a whopping eight targets, caught five of those targets for 59 total yards AND a TD. Watson should look to be avidly targeted once again this week against the Lions, as it could be Godwin who gets the Darius Slay shadow.

Allen Hurns (MIA)- With BOTH DeVante Parker and Albert Wilson sustaining concussions last week, the Phins could be looking for another WR to make some plays. It was reported that both Parker and Wilson have been practicing this week, just with non-contact jerseys on. This is said to be good news, as it seems that the head injuries do not seem as severe if they are out on the field. So, this will be a status to monitor as the Phins head into Week 15’s clash with the New York Giants, a very nice match up for WRs.

Marcus Johnson (IND)- Johnson has come on very strong for the Colts over the last four games with stud WR TY Hilton still banged up and sitting on the shelf. IF Hilton is to miss yet another game here in Week 15, we will look to Marcus to continue his nice trend. In his last three of four, Johnson has caught two TDs, has seen 18 total targets, caught eleven of those targets for a total of 198 yards receiving. This equates to 13.80, 9.50, and 19.50 fantasy points in his last three of four as well. He could be a hot pick up this week if no Hilton once again, especially if you were an Evan owner.

O.J. Howard (TB)- Hate to put three Buccaneers in this article, but this is another decent pick up this week in Howard. O.J. has now topped 11 fantasy points in his last two weeks, and we could see that trend continue as well again this week without Evans. O.J. has now seen 11 targets over the last two weeks, has could nine of those targets for 134 yards! Are we finally seeing the O.J. that we had hoped for in the beginning of the season to mid-season?? It could be starting to happen, and if you are in need of a TE, and Winston is a full-go this week, O.J. could help you win a playoff game.

Jonnu Smith (TEN)- With the Titans surging over the last 5-6 games behind the excellent play of new starting QB Ryan Tannehill , Smith could continue to be a red-zone threat. He hasn’t exactly been targeted heavily, or much at all, only seeing a total of six targets of his last two weeks, however he was able to hit pay dirt in last week’s game against the Raiders in route to an 11.90 fantasy point effort. With the Titans slinging the ball around like they have been lately, Smith is a decent punt this week at TE if needed.

PHILADELPHIA EAGLES- The Eagles are heading into Week 15 against a rival match up here in Washington with the Skins. The Skins have been less than sub-par since starting rookie QB Dewayne Haskins, and the Eagles D/ST is slated to score a smidge under nine fantasy points this week. The Eagles are still in the playoff hunt here, and need to win, so look for the Eagles to play with a bit of urgency, and should get lots of pressure on rookie QB Haskins as well.

NEW YORK GIANTS- Certainly another streamer-play here, but we know the Phins and pass-happy Ryan Fitzpatrick can make some mistakes. The Giants have been able to put up five or more fantasy points in two of their last three, and with the Phins coming to town this week, it could be a nice spot-start and hope for 8-10 fantasy points.