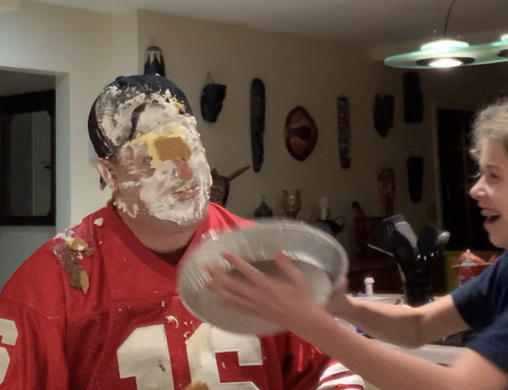 In case you live in a Twitter bubble you have noticed the countless videos of people taking pies to the face and wondering what the heck is that? Weeks ago on the Fantasy Alarm Show on Sirius/XM Fantasy Sports Radio the hosts and the producers decided to do a draft of receivers to see who would pick the best one and the loser would have to take a pie to the face. They had the great Lisa Ann draw the draft order and Howard Bender, Jim Bowden, Justin Fensterman, and Ani Sridhar had no idea what they started. Fensty lost the first one in Week 3 when he picked Kenny Golladay and the #FFPieBet was born. 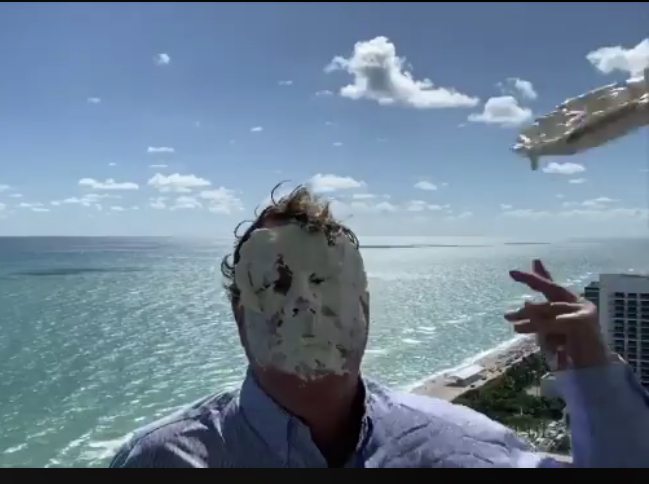 Each host has since lost the bet. Early on, listeners wanted to join in the fun. The ground rules were laid out. Listeners can pick any other receiver besides the four that the hosts pick. As long as your pick beats any one of the four host picks, you are pie free. If your pick does worse in PPR scoring than all four of the host picks, you must do a video on Twitter of you taking a pie to the face. The competition has grown each and every week, and more and more fans have gotten involved. You’ve been watching the videos and seeing the fun and deciding if you want to get involved and risk getting that perfect face of yours all full of pie. Well, if you are thinking about it, here are the top ten reasons to get involved in the #FFPieBet!

Now that you are ready to make your pick and join the fun, just remember when you do your tweet use #FFPieBet and tag @rotobuzzguy, @fantasyalarm and @siriusxmfantasy! Good luck! 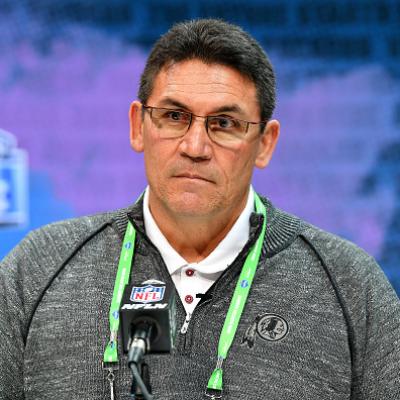 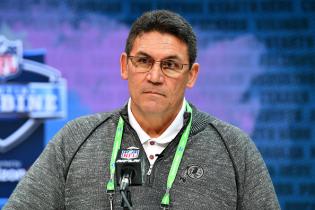 J. Taylor - DB
ATL
49ers signed CB Jamar Taylor to a one-year contract.
Once a promising talent with the Dolphins and Browns early in his career, Taylor, set to turn 30 in September, just hasn't been the same player since leaving Cleveland following the 2017 season. He picked off three passes and broke up 23 others in two years with the Browns only to bounce around the league the past two years. San Francisco is his fifth team since the start of the 2018 campaign. He'll be a long shot to make the roster.
Added Yesterday 2:48 pm (EST)
Added Yesterday 2:48 pm (EST)

M. Maye - DB
NYJ
The New York Daily News' Manish Mehta reports coach Adam Gase wanted the Jets to trade S Marucs Maye prior to the start of last season.
Mehta reports Gase was later "convinced" to keep Maye, but GM Joe Douglas has also been fielding offers for Maye for the better part of a year. The 27-year-old is headed into the final year of his rookie deal and isn't believed to be in the team's long-term plans, as the Jets prefer to extend Jamal Adams and just took S Ashtyn Davis in the third round of April's draft. Maye isn't the level of player Adams is, but he's a solid safety and graded out as Pro Football Focus' No. 25 safety last year. Maye has just four career interceptions and two forced fumbles to go with 0.5 sacks. He simply hasn't been a playmaker on the football.
Added Yesterday 12:40 pm (EST)
Added Yesterday 12:40 pm (EST)

D. Njoku - TE
CLE
NFL reporter Josina Anderson reports David Njoku remains a "big part" of the Browns' plans for 2020.
But Anderson does note Njoku has long "wanted out" of Cleveland. The former 29th overall pick in the 2017 draft took a major year-two leap in 2018 to post a 56-639-4 line, but he ended up breaking his thumb last Week 1, missed 12 games, and was targeted just 10 times across four appearances en route to a pitiful 5-41-1 season. He was also benched at times. A true freak athlete -- in a good way -- Njoku has all the potential in the world at 6'4/246. The Browns have already signaled Njoku isn't in their long-term plans with the signing of Austin Hooper and draft selection of Harrison Bryant. Everyone should be rooting for Njoku to be dealt.
Added Yesterday 10:51 am (EST)
Added Yesterday 10:51 am (EST)