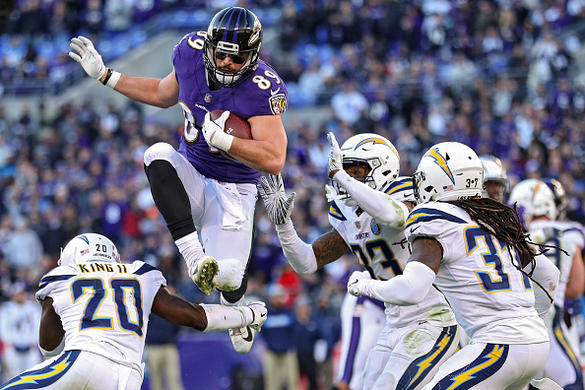 If you are one of those people who can’t wait to draft your fantasy football teams and have to do it now, welcome to the ADP Risers and Fallers! Preseason is just about to begin and there will be battles that started in training camp that will be won and lost in the upcoming weeks. However, there has still been plenty of news that has changed the way that fantasy players looked at some players and their average draft position has shifted, or started to shift, accordingly. Here are the risers and fallers for the beginning of August as we get closer to Week 1.

Mark Andrews , TE, Baltimore Ravens. Reports continue to come out of Ravens training camp that rave about Andrews. His rookie year didn’t feature many receptions, but he did finish the year strongly with 137 yards and a touchdown in the final two games. There’s no better safety net for a quarterback with questionable accuracy than a big tight end over the middle of the field. Lamar Jackson certainly isn’t known for precision passing, and at 6’5” and 256 pounds, Andrews is a huge target for him to look to. Without a household name in the receiving group for the Ravens, it could be a season full of targets for Andrews. A month ago he wasn’t being talked about much, but he is sneaking into the top-10 guys drafted at the tight end position.

Lamar Miller , RB, Houston Texans. Miller and D'Onta Foreman have been two polarizing players in the fantasy community with many people supporting either player. That argument was finished Sunday morning when the Texans cut Foreman for a lack of work ethic. Miller has never been a guy who instills a ton of confidence, as he has only had one 1,000-yard year for the Texans and only 18 total touchdowns in his three-year stint with the team. Barring a trade though, Miller will be the starter for Houston and will have almost no competition for carries. With more and more running back committees in fantasy football, Miller’s draft stock is sure to rise as the bell cow back in Houston.

Carlos Hyde , RB, Kansas City Chiefs. With Damien Williams dealing with a hamstring injury, Hyde is getting plenty of looks as the number one back in Kansas City. While Williams was a fantasy league winner at the end of 2018, he certainly doesn’t have any long history of success. While Hyde certainly looked slow and old last year, he is still only 28 years old. He could easily carve himself a role out in the offense whether Williams is healthy or not. At worst he is a needed handcuff, and his ADP is certain to rise while Williams continues to recover.

Ezekiel Elliott , RB, Dallas Cowboys. The fall in ADP from his holdout hasn’t really hit too hard yet, but you can see it coming. The first reports about Elliott’s holdout didn’t seem very serious. However, Jerry Jones has said that this could possibly last months into the season. Fantasy football players called Le’Veon Bell’s bluff right until Week 1 and then were burned badly. Flashbacks of this are certain to have Elliott fall in drafts in the coming weeks. The Cowboys did bring back Alfred Morris as an insurance policy in case this does last a while, but Morris isn’t a fraction of the player that Elliott is. While this contract situation is likely to be resolved before too long, Elliott clearly wants to get paid and the uncertainty is making his draft position fall some.

Melvin Gordon , RB, Los Angeles Chargers.  With a holdout that has turned into a trade demand, Gordon is really making fantasy owners nervous. He has traditionally been drafted anywhere from sixth to tenth overall, but this uncertainty about his future has caused him to start to fall into the second round. While an eventual return to the Chargers still seems likely, even if Gordon was traded to another team, he would immediately step in and be that team’s starter. While this situation is hurting his draft stock, in the end, it is unlikely to hurt his fantasy value, unless there is no contract and the team refuses to trade him. His drop in ADP seems to be an overreaction to the situation, coupled with bad memories of Le’Veon Bell in 2018. Be the better fantasy player and take advantage of Gordon’s drop and get him at a discount and your team will be better off for it.

A.J. Green , WR, Cincinnati Bengals. Torn ligaments in his left ankle gave Green an expected six to eight weeks of missed time due to injury before his surgery in late July. However, after the surgery, the news got a little worse and Green was projected to miss a couple of games in the regular season. He is now 31 years old and certainly hasn’t been the picture of health lately. Green missed seven games in 2018, was healthy in 2017, but also missed six games in 2016. This is becoming a pattern that is certainly cause for alarm. His ADP that was once in the second round has dropped into the fifth round, and he could drop more the closer we get to the regular season. This drop is definitely warranted and unless he starts to fall into the seventh or eighth round it may be more risk than should be taken. 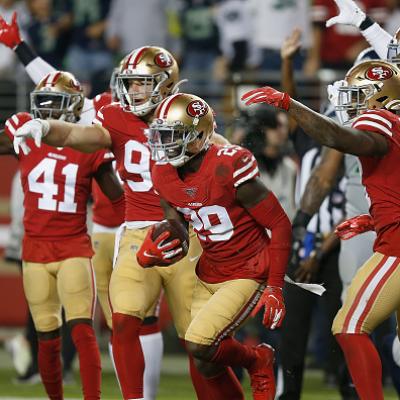 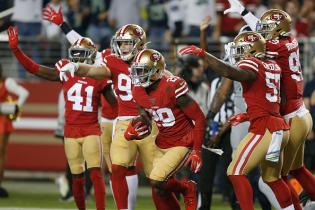 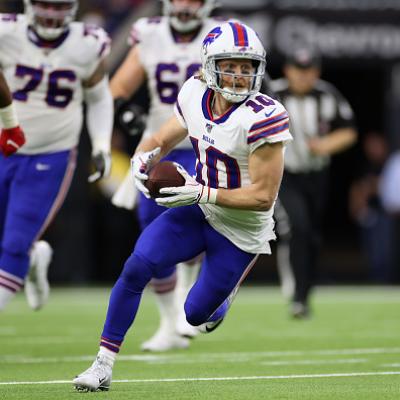 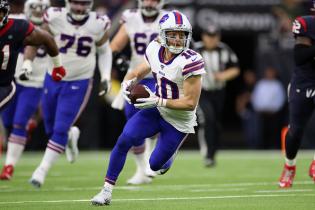 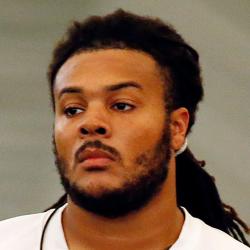