Matt Selz breaks down the best DFS NASCAR plays for the Hollywood Casino 400 at Kansas Speedway based on the starting spots and potential values! 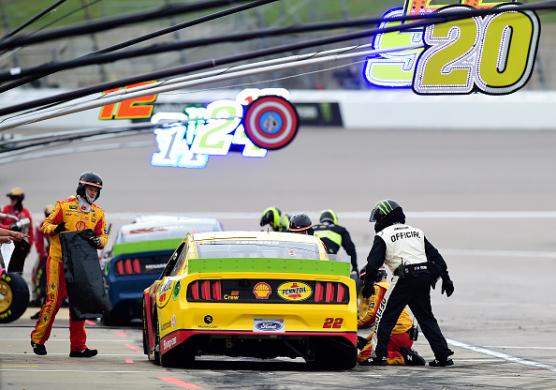 The Round of 8 in the NASCAR playoffs kickoff this Sunday at Kansas Speedway. The 1.5-mile track hosted a race earlier this year in July on a Thursday night and with that being a night race, the temps during most of that race are similar to what will be in store on Sunday outside of Kansas City. This intermediate track is one that the drivers love because of the multiple grooves they can take around the track as the progressive banking allows for that choice as the shallower banking around the bottom is still the shortest way around the track but the top groove with the steeper banking allows for bigger runs coming off the corner and heading down the backstretch.

We’re going to want to balance the lineups we build between laps led and position differential plays as there typically isn’t a huge laps led dominator here and over the last five races 36 drivers have moved up double-digit places and in the last three races, an average of 10 per race have pulled off that feat (though a few of those are because of failed pre-race inspections that altered starting spots from a scoring perspective).

For full stats and breakdown of the field you can check out the Track Breakdown and the Podcast (which can be found on iTunes and Spotify) as well as looking at the DFS Rankings.

The following charts show the average fantasy points scored by each starting spot over the last four races at Kansas regardless of driver starting in that spot. It is meant to act as a way to show strategy and not necessarily be a set in stone prediction of what that starting spot will score this race. 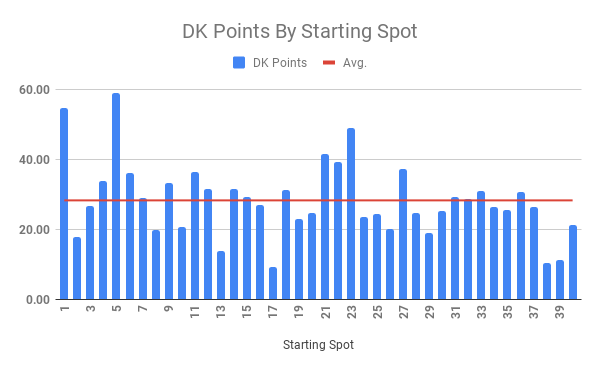 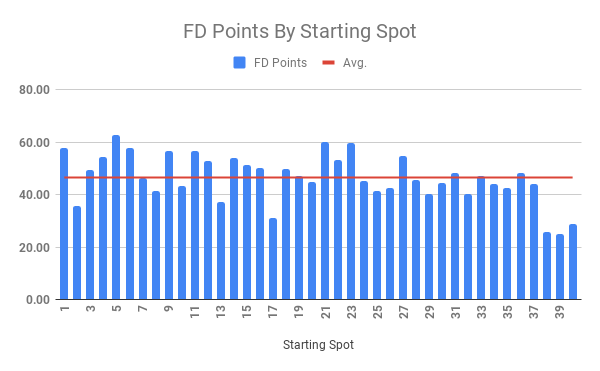