Matt Selz breaks down the starting spots and potential values to find the best DFS NASCAR plays for the Southern 500 from Darlington Raceway! 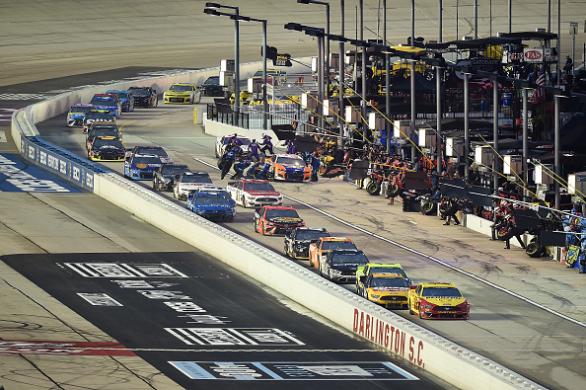 Haven’t we already seen Darlington this year? Why yes, yes we have. Twice in fact. The season restarted with two races (Sunday and Wednesday) at the South Carolina staple of the NASCAR schedule. Now we’re back for the opening race of the playoffs for the traditional date of the Southern 500, one of the Crown Jewel races of NASCAR.

This is a grueling race for both the cars and the drivers as 500 miles around the beat-up surface and odd track layout that is Darlington makes for a long night for all involved. With this race being longer than the previous two at this track this season, except more equipment issues as well as more tire wear to be a factor over the 367 laps around the 1.36-mile egg-shaped track. Laps led will also be important on Sunday night as there are about 100 more laps than there were for the first race back in May and about 160 more than were run in the second race in May. We should also expect driver’s setups to be pretty dialed in to start with since they have notes on how these tires drove in May (when the temps are about the same) as well as how the package worked in the day and night.

These charts show the average DFS points scored by starting spot regardless of driver in that starting over the last four races at Darlington. They are not hard and fast rules to live by but give you an idea of strategy for this track. 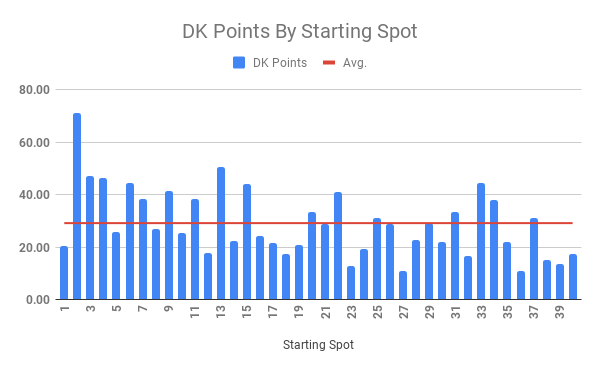 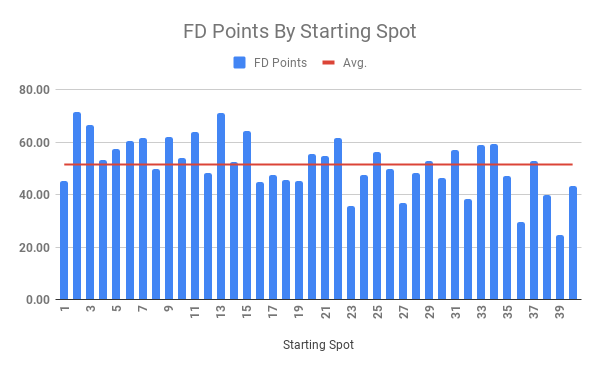