Matt Selz breaks down the starting spots and potential values to find the best DFS NASCAR plays for the Coke Zero Sugar 400 from Daytona International Speedway! 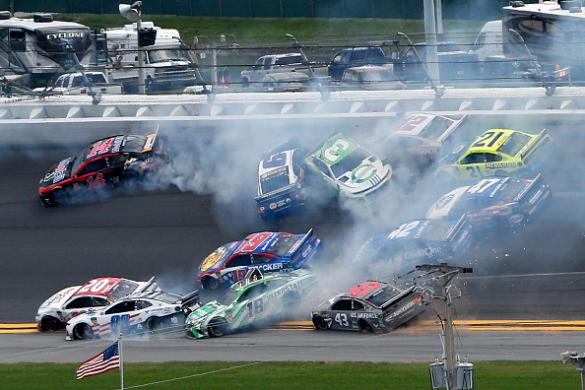 Chaos! That’s what’s expected this week at Daytona in the Coke Zero Sugar 400 given that it is the regular Daytona 2.5-mile oval with the standard Restrictor Plate type package on the cars and it’s the last chance to make the playoffs for drivers that aren’t locked in. This is a race where the only things that matter are that your drivers finish the race and just how far up they move in the field when they accomplish that. It sounds odd to avoid laps led and to try and figure out who will finish the race, when that’s not typically a concern, but over the last five July races at Daytona there’s been an average of 12-14 cars wreck out each year. In the Daytona 500 over that same span just about 40-percent of cars have been involved in an incident of some type.

With that much wrecking happening it will come down to who can avoid the wrecks the best and in order to do that the best, we’ll rely on drivers with better records in this style of racing and those guys starting in the back of the field. The graphs below this also spell out that strategy pretty well as well.

These graphs show the average points scored by starting spot regardless of the drivers that started in that spot each race. It’s meant to show the strategy at this track and isn’t necessarily a hard and fast rule. 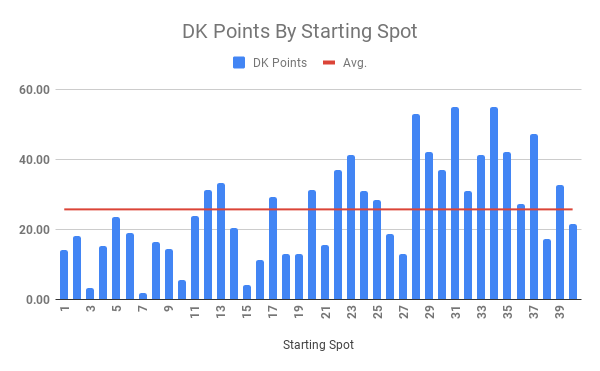 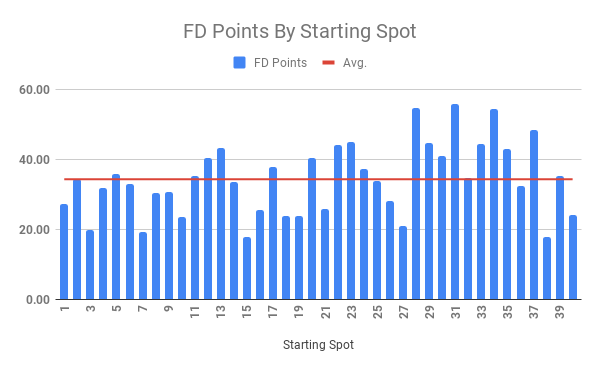