Matt Selz breaks down the starting spots and potential values to find the best DFS NASCAR plays for the GEICO 500 from Talladega Superspeedway! 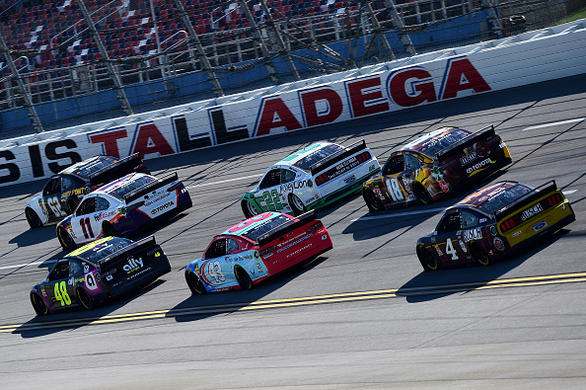 It’s ‘Dega baby! The biggest, fastest, track on the schedule is hosting its first race of the season and it’s the second plate race of the year, the Daytona 500 being the first. At 2.66 miles per lap it’s a sixth of a mile longer than Daytona but it’s also more steeply banked than Daytona which means the speeds are even higher here. The high-speeds and pack style of racing causes major wrecks throughout the race and no one is safe at any point as we saw at Daytona back in February.

There have been some changes to the cars since Daytona which should make the aerial crash that happened there less likely to happen but it won’t eliminate crashes and we fully expect the same type of racing to occur as we’re used to here.

As you’ll see down below, the charts pretty well show where the highest-scoring DFS plays have come from over the last five Spring Talladega races and that should guide your strategy for building lineups, especially cash games, if you’re playing those. In general, we are avoiding or going very light on the drivers starting in the mid-pack and focusing mainly on the drivers that are starting P28 or worse with a few drivers further up sprinkled in as some drivers starting in the top-10 are still great DFS scoring options here.

In general, this is a strong GPP week and a very sketchy cash game week though if you make lineups focused on the drivers in the back of the field, you should be able to cash in cash and GPPs. With all of the variance in what happens from race-to-race here though even that strategy can have multiple drivers involved in crashes at some point of the race. Don’t be scared when you see a driver from the front drop back early in the race because they typically do that to try and avoid an early big wreck and it helps them line up their pit strategy better as well.

*Superdraft multipliers listed at the end of the description and everyone is in play this week. It's just the best plays have made the playbook to keep it from being a 40-driver playbook. 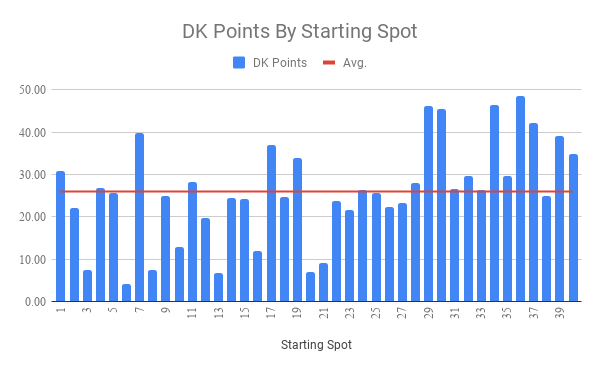 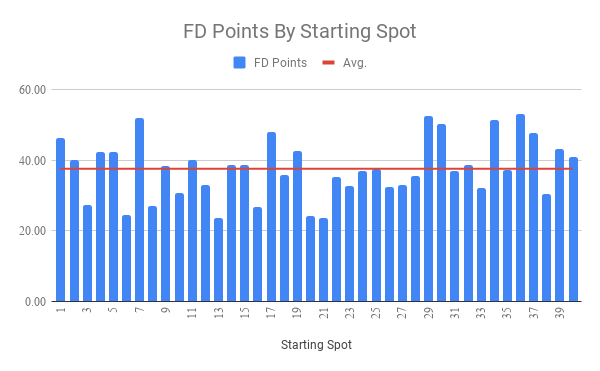 Al. Labbe - D
DGM Racing announced Monday that Alex Labbe will return to the team for the 2021 NASCAR Xfinity Series season.
Labbe, who competed full-time for the team last season, is seeking to run the full schedule again. In its Monday release, the team stated he is currently set to run half the races and that it will pursue additional funding to put him on track for all 33 races. BRP will support Labbe’s No. 36 Chevrolet for four races through its Can-Am brand. The 27-year-old Quebecois notched five top-10 finishes last season on his way to 14th in the Xfinity standings.
Added Yesterday 3:16 pm (EST)
Added Yesterday 3:16 pm (EST)

Jo. Anderson - D
Jordan Anderson Racing (JAR) announced today that the team will expand operations to race full-time in the 2021 NASCAR Xfinity Series (NXS) competing for Sunoco Rookie of the Year honors with owner/driver Jordan Anderson from Forest Acres, SC in the No. 31 Bommarito Automotive Group Chevrolet Camaro SS.
The team will operate under the Chevrolet banner with Richard Childress Racing acquired cars powered by ECR engines. Artie Haire will serve as crew chief for the organization after joining the team during the summer of 2020. The JAR entry will carry the No. 31 on both sides of the sleek red, white, and black Chevrolet Camaro SS. Bommarito Automotive Group will return for the sixth consecutive year as a primary marketing partner of Anderson. Details of other partners on the JAR No. 31 to be announced at a later date.
Added Yesterday 2:24 pm (EST)
Added Yesterday 2:24 pm (EST)

De. Cope - D
Derrike Cope will pilot the #15 Rick Ware Racing (RWR) Chevrolet in his final Daytona 500 start at Daytona. Jacob Companies, a long time sponsor of RWR, will be the primary sponsor on board the #15.
“I am really looking forward to running this year's Daytona 500 with Rick Ware Racing,” said Derrike Cope, former 1990 Daytona 500 Champion and StarCom Racing Team Manager. “I have known Rick and his family for a long time and I am excited to have the opportunity to go to Daytona and race for another win!” Cope has two career NASCAR cup wins, the 1990 Daytona 500 and the 1990 Dover spring race, one XFINITY victory at New Hampshire in 1994, as well as a dozen Winston West victories (now known as the NASCAR K&N Series). With 722 career starts in NASCAR’s top three series, Cope is eager to get back on the track for one last lick at the Daytona 500.-RWR
Added Jan 24 2:57 pm (EST)
Added Jan 24 2:57 pm (EST)