Matt Selz has the full track breakdown and Hot Pass for this week's race -- the Darlington 400 from Darlington Raceway. 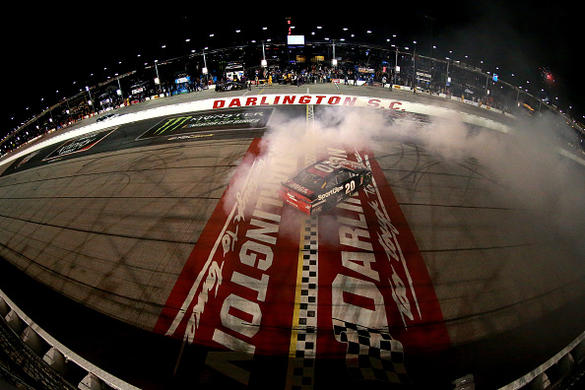 How’s it going y’all (said in a South Carolina drawl)? The Cup cars are back on track this week after nearly two months on hiatus and relegated to watching drivers iRace from their homes. Things are starting with a bang too as it’s an early-season trip to Darlington Raceway, one of the gems of the NASCAR schedule. It is quite a unique track in its own right but this weekend it’ll be an even more unique experience as there are no practice sessions nor is there a qualifying session either as NASCAR will randomly assign starting spots based on ownership points broken down into groups of 12.

Darlington is one of the oldest tracks on the NASCAR circuit having opened in 1950 for the first Southern 500, a crown jewel race, and it’s been on the schedule ever since, though with differing race dates and differing numbers of races a year. It’s typically a once-a-year track now with the Southern 500 held near Labor Day weekend but with these ever-changing times, NASCAR has decided that this is a great venue for getting back to racing since it’s driveable from Charlotte, the home base for teams. Thus Darlington is getting two races this week, I’ll have an updated Breakdown out for Wednesday’s race as well, plus it will still get the Southern 500 later this year. The track is a 1.366-mile layout with a unique Egg-shaped design to it with Turns 1&2 being a wider set of corners and Turns 3&4 being a sharper set as well as having two different degrees of banking in the sets of corners making it tough on crews to set up the car the right way to make good time at both ends of the track. The racing surface is fairly abrasive as well so tire wear will be a factor in the race over the long runs much like it is at Chicago and Atlanta and Dover.

There will be a few sections of the typical track breakdown left out this week as the Momentum and Team Momentum sections won’t appear for a few weeks due to the break in the schedule. The weekend schedule breakdown will also not appear since they are only one-day shows with no practices or qualifying sessions.

It’s a good idea to follow me on Twitter as well (@theselzman) for news updates throughout the weekend.

Team Averages At Darlington (since Feb. 2018)