Matt Selz pores over all of the stats, speeds, and qualifying spots to find the best DFS NASCAR plays for the Daytona 500 at Daytona International Speedway. 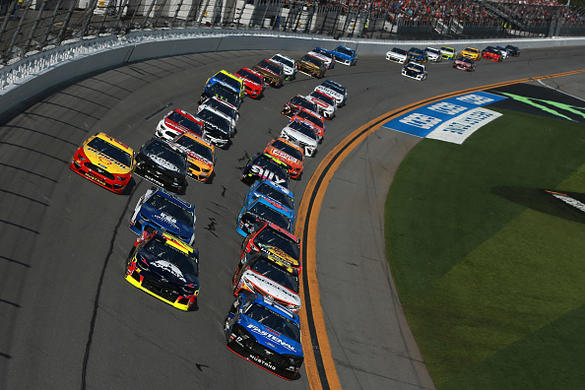 WOOOOOOOOOOOOOO!!! (Insert The Nature Boy Ric Flair) It’s Daytona 500 time folks! Known as The Great American Race and the Super Bowl of NASCAR, it’s clearly the biggest race of the year for the Cup series until the Championship race in November. It’s also one of the wildest races of the year as there are a bunch of crashes over the course of the 200-lap race. Since 2013, there’s been a 26-percent DNF (Did Not Finish) rate in this race meaning just over a quarter of the drivers that have started, haven’t finished in the last seven years.

This is a 2.5-mile track and one of the most banked tracks in the Cup series as the turns are tilted at 31 degrees from the apron to the outer wall and the Tri-Oval (or front stretch) is at 19 degrees of banking. All of that has the cars consistently gaining speed until the top out at about 204-205 mph heading into Turn 1. This track is also known as a Plate Track because of the aero setup that is used to keep horsepower and speeds down but force the cars to race in one big pack for much of the race and thus increasing the crash potential throughout the race. So strategy for this race literally comes down to having the most drivers avoiding the big wrecks as possible, and while that sounds like a simple statement, pulling it off can be tougher than you think.

If you take a look through the Track Breakdown or listen to the Podcast or even (if you have it) listen to my hit on the Fantasy Alarm Show on SiriusXM on Friday, you’ll have seen that data that shows how you can avoid the lineup taking-down crashes in this race. Typically having one or two drivers that are starting in the top-12 spots in your lineups and then filling it in with drivers starting much further back in the pack, and avoiding the middle of the pack drivers, is a great way to finish in the money at a race like this. Just to prove that, look at the average points scored by starting position at the last five Daytona 500s and where they rank in DraftKings and FanDuel.

As you can plainly see, stacking the lineup from back to front is the best way to win this week which is the opposite of what we usually do in most of the other races. 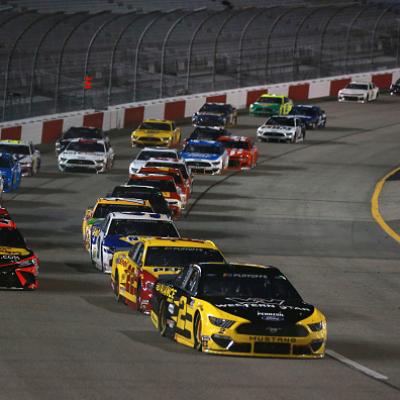 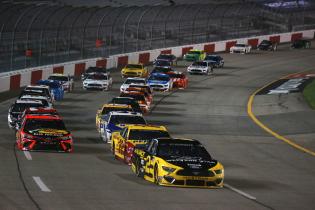 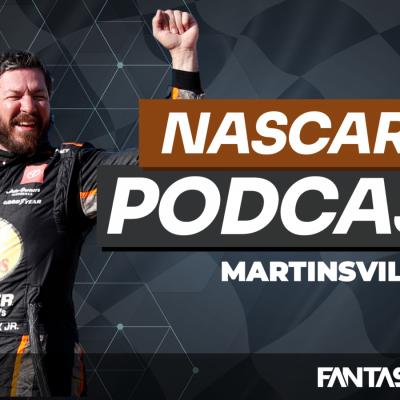 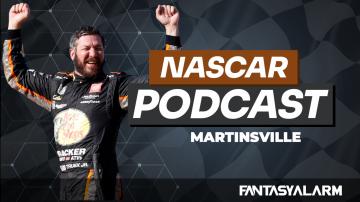 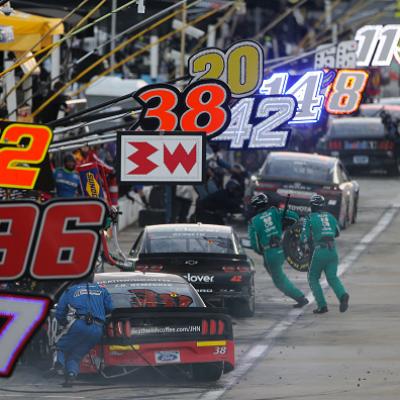 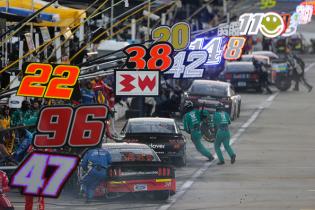 Je. Burton - D
Long-time partner of Jeb Burton, LS Tractor, will come on board to serve as a primary partner on Kaulig Racing’s #10 Chevrolet at Talladega Superspeedway for the Ag-Pro 300.
Leading the field [literally] in tractor manufacturers, LS Tractor has been voted best tractor manufacturer for the last five-consecutive years. So far during the 2021 NASCAR Xfinity Series (NXS) season, Burton has recorded three top five and five top-10 finishes in the No. 10 Chevrolet. In addition to its primary race at Talladega Super Speedway, LS Tractor serves as an associate partner on the No. 10 Chevrolet for the 2021 NXS season.
Added Yesterday 10:24 pm (EST)
Added Yesterday 10:24 pm (EST)

Al. Bowman - D
Alex Bowman has nine previous Richmond Raceway starts in the NASCAR Cup Series. His best finish came last fall when he finished ninth after 400 laps.
Bowman also has three NASCAR Xfinity Series starts at the Virginia track where he qualified a career-best second and finished ninth in 2016 for JR Motorsports. In 2011, the 27-year-old driver made one start at the track in the NASCAR K&N Pro Series East, qualifying fourth and finishing fifth after 100 laps. Bowman has made 31 short-track starts in his seven-year Cup Series career, capturing one top-five finish and six top-10s. Last season, he earned eight top-10 stage finishes at these tracks.-Hendrick Motorsports
Added Apr 14 10:57 pm (EST)
Added Apr 14 10:57 pm (EST)

Ch. Elliott - D
On Sunday at Richmond Raceway, Chase Elliott will make his 34th short-track start in the Cup Series. In those previous 33 races, he has garnered 11 top-five finishes, 17 top-10s and led 775 laps. Elliott currently has six consecutive top-10 finishes on short tracks – the longest active streak of all Cup Series drivers.
In his previous 10 races at Richmond Raceway, he has collected three top-five finishes – one being a runner-up result – and four top-10s. Richmond is one of five tracks where Elliott has captured a runner-up finish but has yet to collect a victory. Additionally, he has made four Richmond starts in the NASCAR Xfinity Series, never finishing outside the top five and earning a win in 2015.-Hendrick Motorsports
Added Apr 14 10:53 pm (EST)
Added Apr 14 10:53 pm (EST)

Wi. Byron - D
So far in the 2021 NASCAR Cup Series season, William Byron and the No. 24 Chevrolet Camaro ZL1 1LE team have been a model of consistency.
After eight races, Byron has spent 1,764 laps running inside the top 10 – the second-most in the field behind only points leader Denny Hamlin (1,936). Of those top-10 laps, 753 have been inside the top five, which is the sixth-most of all drivers. Currently, Byron has led 138 laps across four races, also good for sixth in the Cup Series. At 8.87, he has the fifth-best average running position so far in 2021. Sunday’s race at Richmond Raceway will mark Byron’s sixth Cup Series start at the .75-mile track. He currently has a personal track-best finish of 12th coming in April 2018.-Hendrick Motorsports
Added Apr 14 10:52 pm (EST)
Added Apr 14 10:52 pm (EST)

Ky. Larson - D
In 12 starts at Richmond Raceway, Kyle Larson has one win (2017), two top-five finishes and five top-10s. The driver of the No. 5 HendrickCars.com Chevrolet Camaro ZL1 1LE has finished seventh or better in five of his last seven starts at the Virginia venue.
Through eight races, Larson has collected three stage wins and has led 379 laps – both career highs for him through eight events to begin a year. His victory and six top-10s tie his best start to a season. FOUR BY FOUR: Prior to Sunday’s event at Richmond, Larson is scheduled to compete in a late model Thursday in Middlebourne, West Virginia, a sprint car Friday in Mechanicsburg, Pennsylvania, and a late model Saturday in Hagerstown, Maryland. The Richmond Cup Series event will be his fourth race in four days.-Hendrick Motorsports
Added Apr 14 10:36 pm (EST)
Added Apr 14 10:36 pm (EST)