Matt Selz gives you a break down of the top prospects and which ones to watch for the Houston Astros Farm System in the latest MLB Farm Report. 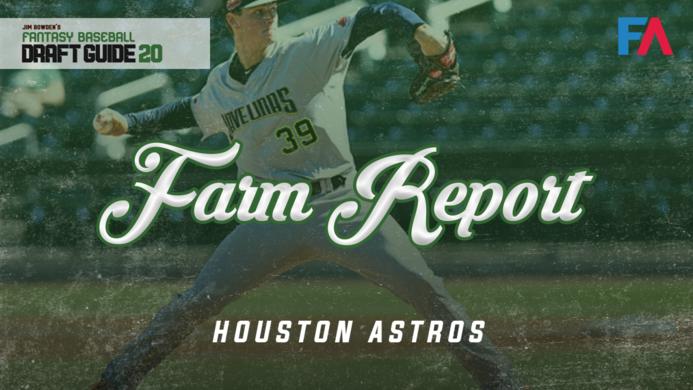 Houston has been known as a great scouting organization for a while now, so much so that there was that federal case a few years ago about their info being stolen. That has led them to have a very well-respected farm system for quite some time, but that doesn’t mean it hasn’t slipped in the past year or two. The slipping is mainly from calling up a few of their top guys and trading a handful away to get major league talent in return. The major league team is clearly competitive as they’ve been to two of the last three World Series, but with recent punishments handed out, they might be in a tougher spot than they are now a few years from now.

Whitley was one of the top prep arms in his draft class when Houston selected...