Matthew Selz explains why the old adage to wait on quarterbacks doesn't serve you well in a Superflex league format in Fantasy Football. 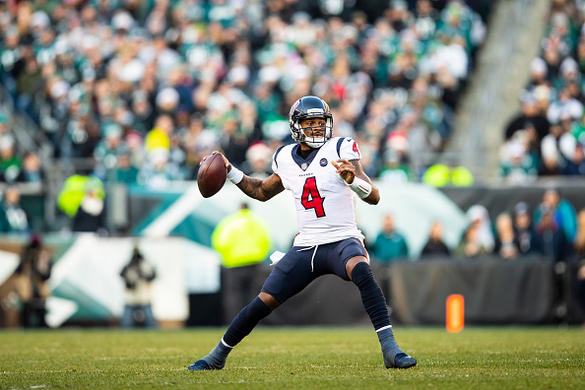 Anyone else envisioning a 70-year-old New Yorker sitting at a piano waxing poetically about his home town and his mental state? It’s just me? I thought for sure you’d be seeing Billy Joel, sitting at his Steinway, tickling the ivories by now, but oh well, your loss.  Okay, now that we got that out of the way, it’s time to get a little more serious and start answering the theme of this week’s QB report: what do you do in a Superflex league from a quarterback strategy perspective? This might sound like a mundane detail (enter office space “mundane details” scene here, shoot I’m digressing again, my bad), but it’s actually quite important to figure out, especially with some of the recent news about quarterbacks.

The adage you have heard ad nauseam this time of year, or really whenever someone is talking fantasy football, is “Just wait on quarterbacks, they’re deep.” That is true for most league formats where only the top-12 or 14 signal-callers will be drafted or you can stream quarterbacks throughout the season based on best match-ups. Either way for most leagues you can successfully wait until the 10th round to find a solid QB1 option, however, as you’ll see, waiting on quarterbacks in a Superflex or two QB league has repercussions to it.

While you don’t have to play a passer in the flex spot in a Superflex league, you’re simply throwing away points if you don’t. A quarterback will easily put up more than 300 points in standard scoring formats while there are only a handful of position players that will accomplish that feat, so right off the bat you’re throwing points down the drain, points you need to win. So if you’re still thinking, well I can wait on QB still and be fine if they are going to naturally score more than the guys I will put there instead, well here’s the thing, QB isn’t so deep when everyone needs at least two of them to start and there are 12-14 teams in your league or even 10. So let’s took a look at two different strategies employed in recent drafts, picking from very similar spots, in Superflex PPR leagues.

Howard Bender did a draft on Sunday night in a 12-team, 18-round Superflex league in which he picked from the second spot in a snake draft. After taking Saquon Barkley in the first round, he went back-to-back signal-callers with Patrick Mahomes and Deshaun Watson , the top-two on the board. He then went David Montgomery , Chris Carson , D.J. Moore , Jarvis Landry , and Emmanuel Sanders through the next five rounds. He then took Josh Allen in the ninth and finished the draft with some depth at RB and two tight ends including Darren Waller with Peyton Barber , Alexander Mattison, and Darwin Thompson being the RB depth.

By going quarterback so early, he locked up a projected 750 or more points at the position and no one else in the league has over 700 at the spot. He also hit running back early since they thin out quickly and then still got a dependable, solid group of wide receivers. With the way he drafted his team, he has an advantage at running back, with upside in later picks, and competitive group of receivers and an unmatched set of quarterbacks which should set him up well as the season progresses and they are lighting up the scoreboards, both in real life and fantasy, each week.

Now let’s turn to yours truly who drafted in a very knowledgeable mock draft army draft on Friday night that was a 12-team, Superflex snake draft that was 16 rounds. I picked out of the third spot. It started with Alvin Kamara and Antonio Brown in the second, then T.Y. Hilton (before Luck’s retirement announcement), and then Brandin Cooks in the fourth round. Phillip Lindsay , Josh Gordon , Tarik Cohen , and Vance McDonald all came off the board on my

team in the next four rounds (see the strategy developing). Then finally in the ninth round, I snagged my first QB, QB16 off the board, in Kirk Cousins before grabbing Derek Carr in the following round as the 21st signal-caller to be drafted. Now don’t get me wrong, I think they are solid QBs for fantasy (and have written about that in previous Quarterback Reports), however, it’d be better if one of them was a bye week replacement for my other two starting QBs. You’ll also notice that I haven’t made mention of a third quarterback on the roster…and that’s because there isn’t one. By the team I took my next bench players for depth, Tony Pollard, Adrian Peterson , and Tyrell Williams , there just wasn’t anything close to a quality quarterback left on the board.

So while my running backs are decent, especially in a PPR format, in Kamara, Lindsay, Cohen, Pollard (if Zeke doesn’t re-sign), and Peterson; and my wideouts are deep in Brown, Hilton, Cooks, Gordon, Williams, and John Brown . The QB spot leaves much to be desired and ultimately could cost me some wins simply because I don’t have a true QB1 on the roster. In fact, it plays out just that way in the rankings by position after the draft as my team is top-three in WR, top-six in RB but 11th in QB.

Waiting on quarterbacks is a strategy that will work fine for everything but a Superflex. It’s just not one that works for multiple QB formats simply because when everyone has to take multiple quys, the seemingly deep position shallows quickly.

NFL Ramsey says he won't hold out of training camp

NFL Bears to play both Foles and Trubisky in preseason

NFL Rapsheet: No traction on Jamal Adams trade to DAL

NFL Report: Jets not shopping Adams but will listen

J. Agnew - DB
DET
Lions DB Jamal Agnew is transitioning to receiver full time.
Agnew only played 16 snaps on offense (all at receiver) and 22 snaps on defense (all at corner) last season. The 2017 fifth-round pick will need to prove capable in a limited offseason to solidify his spot in the offensive rotation. The Lions have one of the better three-receiver starting lineups in the NFL but have room for Agnew to be a depth option and primary special teamer. Agnew has returned punts and kicks in all three of his NFL seasons.
Added Yesterday 6:11 pm (EST)
Added Yesterday 6:11 pm (EST)

J. Flacco - QB
NYJ
Speaking Tuesday, Joe Flacco (neck surgery) confirmed he will not be ready for Week 1.
“I can’t speak to exactly when I’m going to be ready, but it will not be day one," Flacco said. This, frankly, makes it unclear why the Jets signed him, as they may now end up carrying four quarterbacks on their 53-man roster, a horrid misuse of resources. Flacco sounds like a potential candidate for reserve/PUP, which would reduce that number to three until Flacco was activated.
Added Yesterday 5:41 pm (EST)
Added Yesterday 5:41 pm (EST) 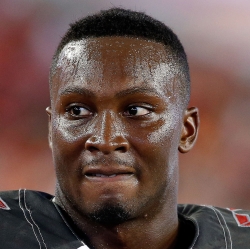 N. Spence - DL
NO
Saints placed DE Noah Spence on the reserve/NFI list with a torn ACL, ending his season.
Spence suffered the injury working out on his own. The ex-Bucs second-round bust made seven appearances for the Saints last season before re-signing a few weeks into free agency. Although he is still only 26 years old, it's the sort of injury a fringe NFLer is going to have a hard time coming back from.
Added Yesterday 5:13 pm (EST)
Added Yesterday 5:13 pm (EST)

D. Chark - WR
JAC
New Jaguars OC Jay Gruden plans to feature D.J. Chark all over the formation, including the slot.
It is standard summer coachspeak. This might not necessarily mean anything different for Chark, who ran 24 percent of his routes out of the slot last season. Regardless of what Gruden says, he will be a big upgrade as a schemer for Chark. The Jags featured some of the league's least-imaginative play-calling in 2019.
Added Yesterday 1:55 pm (EST)
Added Yesterday 1:55 pm (EST)

J. Ramsey - DB
LA
Contract-year Rams CB Jalen Ramsey says he will not hold out of training camp.
Ramsey has as much leverage as any player in recent memory after the Rams gave up the farm to get him last October, but he has decided to play nice, at least initially. The new CBA features amazingly punitive holdout fines, though not for players still on their first contract. It seems like both sides want to get something done here.
Added Yesterday 1:45 pm (EST)
Added Yesterday 1:45 pm (EST)

M. Trubisky - QB
CHI
Bears coach Matt Nagy said both Nick Foles and Mitchell Trubisky will play with the starters during the preseason.
This of course assumes that teams are cleared to return for preseason games. Nagy doesn't normally look to play his starters in August, but Chicago's "open competition" under center will force the issue at hand this year. With past experience under QB coach John DeFilippo (Jaguars, Eagles), OC Bill Razor (Eagles), and Nagy (Eagles, Chiefs), Foles is fully expected to be in the lineup for the Bears' season opener in Detroit.
Added Yesterday 10:51 am (EST)
Added Yesterday 10:51 am (EST)

P. Campbell - WR
IND
Colts coach Frank Reich said WR Parris Campbell will "play more in the slot" this season.
"I'm super excited about Parris," Reich said. "Just gotta get him on the field so he can develop as a route runner." Forecasted as a rookie breakout upon being drafted in the second round, Campbell sustained four separate injuries (including a season-ending broken foot) that ultimately kept him from ever taking off. Expected to be fully healthy heading into his sophomore campaign, Campbell, who ran 47.9 percent of his routes from the slot last year, projects as the likeliest candidate to leverage his 4.31 40-jets underneath and over the middle of the field in place of Chester Rogers (87.9% in '19). T.Y. Hilton and No. 34 overall pick Michael Pittman are expected to start on opposite boundaries.
Added Yesterday 10:18 am (EST)
Added Yesterday 10:18 am (EST)

J. Meyers - WR
NE
The Athletic's Jeff Howe speculates the Patriots' "competition is wide open for the fourth and fifth receiver jobs."
Assuming Julian Edelman (shoulder surgery) and Mohamed Sanu (ankle surgery) are both cleared for camp, second-year pro N'Keal Harry is the only other 'lock' among New England's receiving options. Howe notes that Jakobi Meyers and Gunner Olszewski are the incumbents for those roster spots with Damiere Byrd, Marqise Lee, and UDFAs Will Hastings and Jeff Thomas as potential pivots. Assuming it's Jarrett Stidham under center against the Dolphins in Week 1, the team would be wise to sift through legitimate options at that position as soon as possible.
Added Yesterday 8:57 am (EST)
Added Yesterday 8:57 am (EST)