Matt Selz breaks down his thoughts on Andrew Luck and his deep injury history that could potentially hinder the start of his 2019 campaign in this week's QB breakdown. 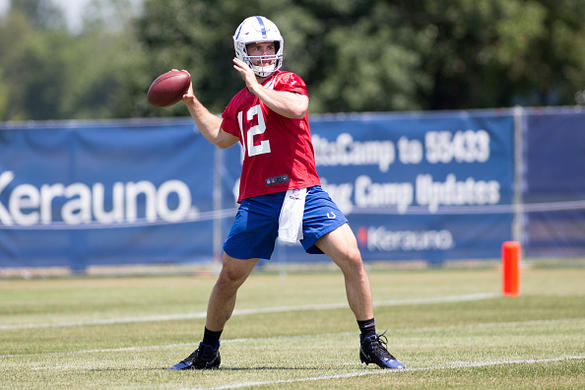 Here we are again. Another preseason and more injury questions surrounding one of the biggest QB names in the game. No we’re not talking Cam Newton and his shoulder (that was mentioned last week), nor Jimmy Garoppolo and his knee (also mentioned last week), nigh we’re talking the illustriously bearded-one, Andrew Luck . In fact, the only thing he’s apparently able to do over the summer is maintain his mane. I mean seriously, go google that chin pelt he’s rocking and bask in it’s glory…oh jeez we’ve gotten off track. Sorry for digressing…where we’re we? Oh yes, Luck and his inability to stay healthy. 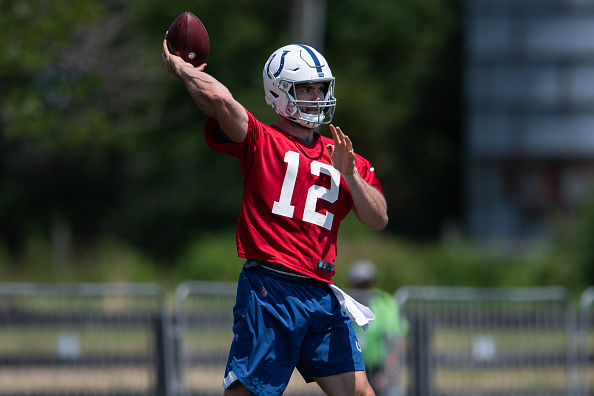 We all know the debacle that became of his shoulder and whether it was healthy or not and how much he would play with it or not. Until he finally missed half of the 2015 season, didn’t play well in 2016, and then missed the entire 2017 season with the mysteriously non-healing shoulder issue. Well guess what folks? He’s back at it again with non-healing mysterious injuries that apparently befuddle the Colts own training staff. If the great, and I mean great, twitter feed of Capt. Andrew Luck is any indication, fans and training staff are baffled by the injury bug that has beset their franchise quarterback.

Dearest mother —
Basic training progresses, however I am not drilling yet. My baby-cow injury persists. I am confident with the proper medical treatment (and some Squirrel Oil), I shall be just fine. A group of Dog Men asked to run maneuvers with the unit. We acccepted.
— Andrew

Maybe the Squirrel Oil is worth a try at this point. He’s been out with a calf injury (baby-cow) for three-plus months now and it doesn’t seem to be getting any better, even with rest and simply doing side work. The Colts keep saying that he’ll be ready for Week 1 of the regular season, but we’ve heard that song and dance from them before. We’ve heard it so much they’re starting to sound like an Aerosmith cover band. Granted it’s not his throwing shoulder, however the calf is still hampering him enough that he hasn’t been on the field with his teammates and is now being held out of practices on Wednesday and Thursday of this week because of it. That’s lost reps with his teammates, and yes several have been there for a while, however, there are now wideouts to break into the system and Jack Doyle has only played six games with Luck in the last two seasons combined. That’s not great for the chemistry for a TE that is viewed as a sneaky late-round option this year. 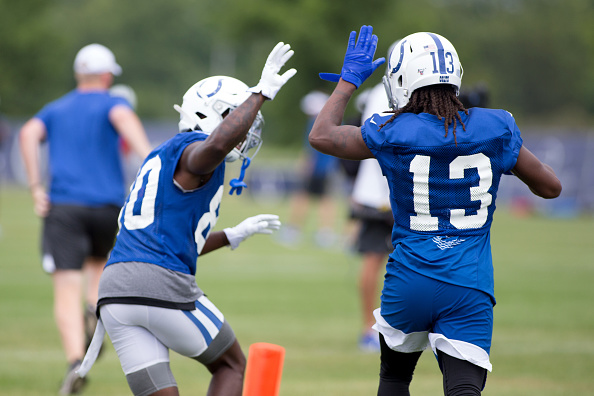 Guys like Devin Funchess and rookie Parris Campbell need reps with their new signal-caller to feel comfortable catching passes from him and to get on the same page with how they should attack different defensive looks. Sure T.Y. Hilton , Eric Ebron , Marlon Mack , Nyheim Hines , and Chester Rogers are all coming off a season of playing 16 games (or a big chunk of that) with Luck under center and so if Luck does manage to be healthy for Week 1, they’ll be fine with the reduced practice time with number 12, but it doesn’t mean they won’t be rusty.

Indianapolis starts with two relatively tough games, based on opposing defenses, with the Chargers and Titans both on the road before getting Atlanta, Oakland, and Kansas City, who are all likely weaker defenses to face. The rust could be prevalent in the first couple of games to be sure and that means reduced offensive numbers for not just Luck but also Mack and Hilton and Funchess and Ebron.

He is also going in to his Age-30 season this year and while quarterbacks can physically hold up longer than most other positions, save for maybe the ageless Adam Vinatieri , lingering ailments linger longer at that point. We see it all the time where a guy will yank a hammy and instead of being out for one week like he would’ve been two or three years prior, he’s out for 2-3 weeks and it takes a few more before he’s 100-percent. This isn’t to raise concern that Luck will miss much, if any, of the season, it’s just to remind you that we’ve heard this tune from the Colts with Luck before and it doesn’t seem like they have much luck when it comes to properly assessing his healing time. Maybe it’s time they reach for the horseshoes on their helmets and start rubbing those for good luck…or they could always try the mythical Squirrel Oil if all else fails.

B. Dunn -
HOU
Dunn agreed to a three-year, $12 million extension with the Texans on Wednesday, Aaron Wilson of the Houston Chronicle reports.
For a full breakdown and detailed player analysis GO PRO and join the Fantasy Alarm Family! CLICK HERE to unlock your PRO package and take advantage of instant savings!
Added Yesterday 9:49 pm (EST)

G. Robinson - OT
CLE
Robinson was arrested in El Paso on Wednesday and charged with conspiracy to possess marijuana with intent to distribute, the Associated Press reports.
For a full breakdown and detailed player analysis GO PRO and join the Fantasy Alarm Family! CLICK HERE to unlock your PRO package and take advantage of instant savings!
Added Yesterday 9:36 pm (EST)