Matt Selz has the full track breakdown and Hot Pass for this week's race -- the FireKeepers Casino 400 at Michigan International Speedway. 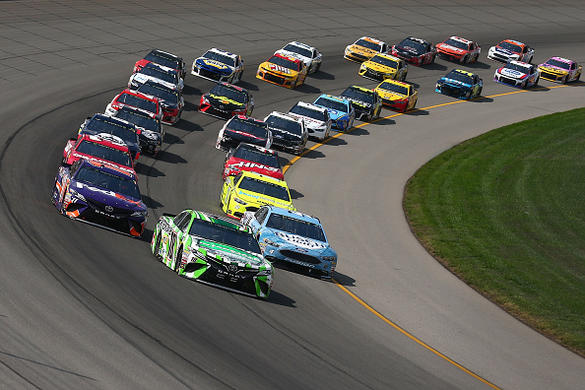 The second two-mile track of the season is up next this Sunday in the form of Michigan International Speedway set in the Irish Hills of Michigan. MIS, as it’s abbreviated, is a sister track of Auto Club Speedway in nearly every way, though this one is slightly more banked in the turns (18 degrees) and Auto Club is (14 degrees).

It’s long been known as the fastest non-plate track on the schedule because it’s layout always for drivers to carry speed solidly through a lap and just keep building on it as the lap continues. This week there will be the 550-horsepower/aero ducts package in place like it has been for six other races not including Talladega this season. Even with the reduced horsepower, the cars should still be faster here than at other tracks that this package has been used at.

This is the 100th race at Michigan and of the previous 99, 52 winners have come from the top-four starting spots in the grid. Nine winners have come from P20 or worse in the starting grid though as well showing that pit strategy and passing are possible to launch you up through the field here. The last pole sitter to win was Kyle Larson in 2017.

Drivers To Watch This Week