--UPDATED FOR FINAL PRACTICE--Matthew Selz watches the NASCAR practices in order to give you all of the tidbits of information that are important from each session. 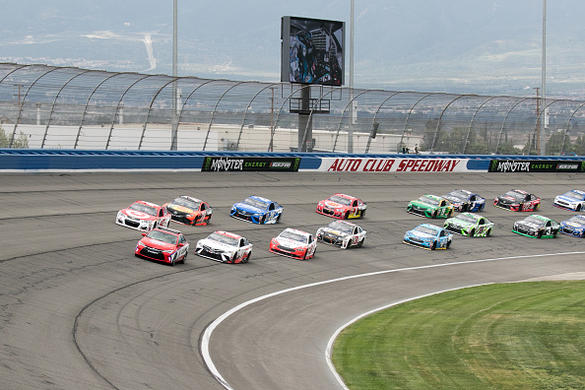 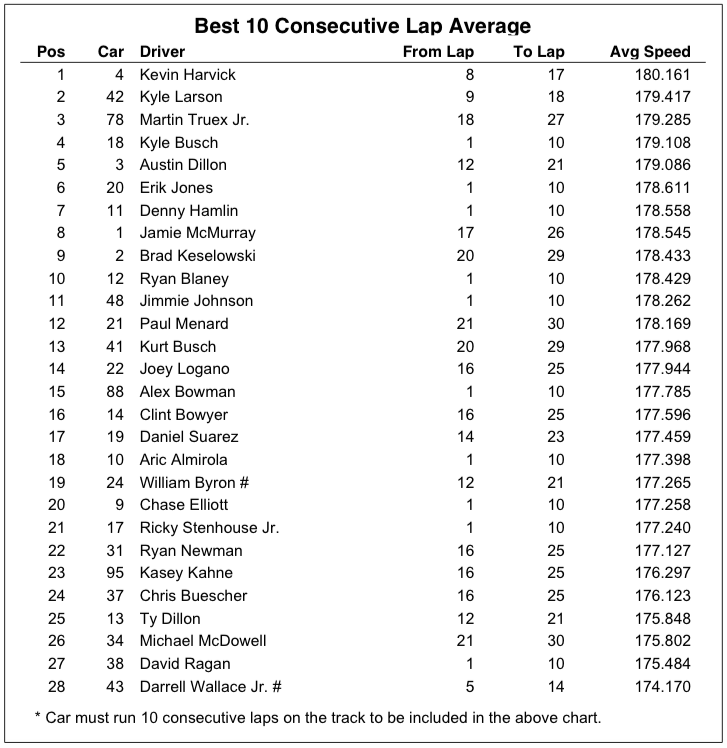 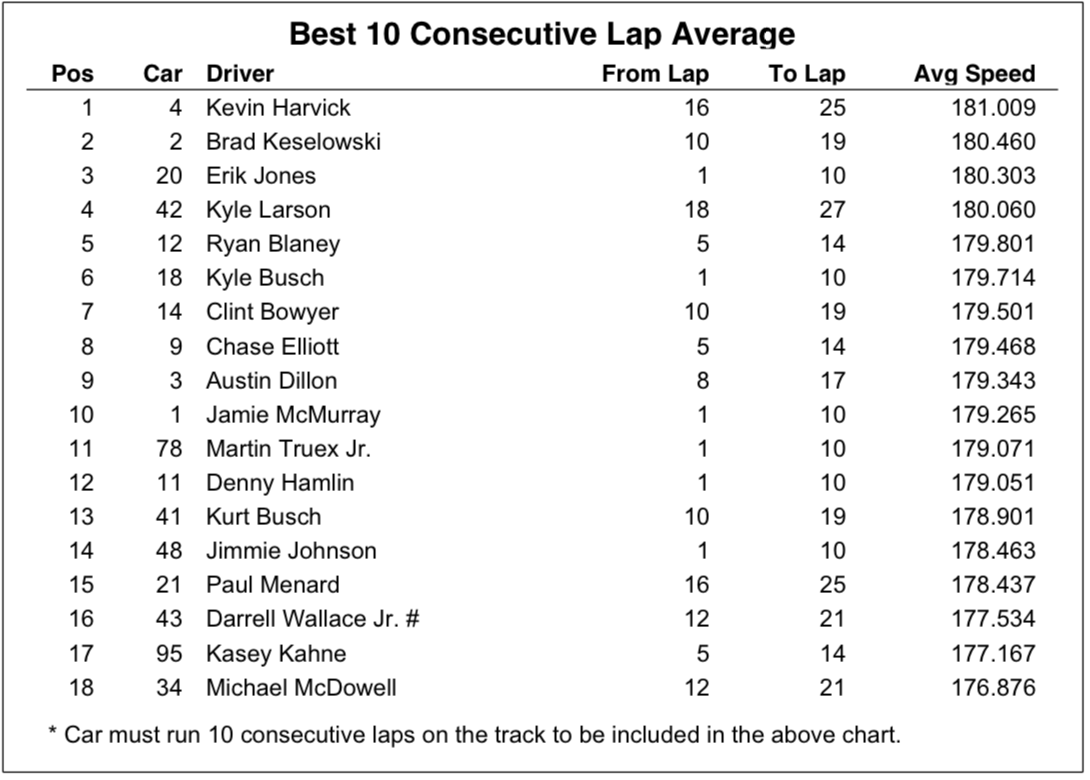 No drivers served penalites this session 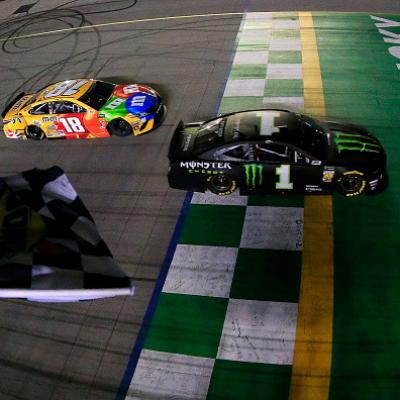 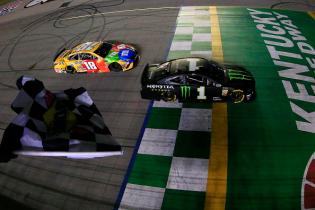 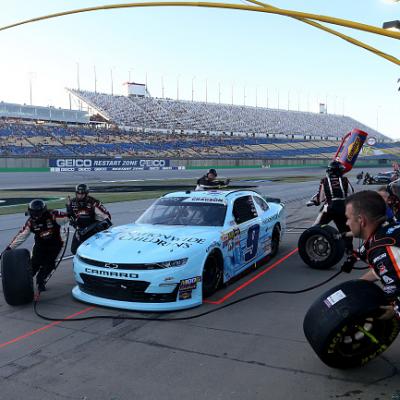 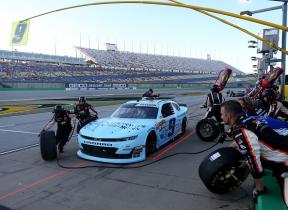 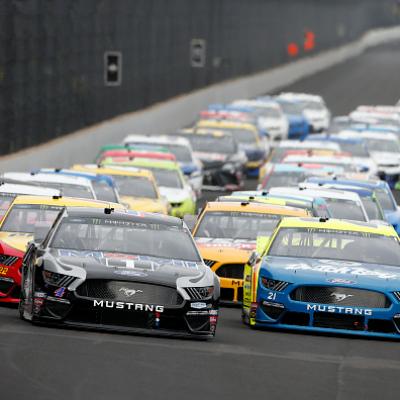 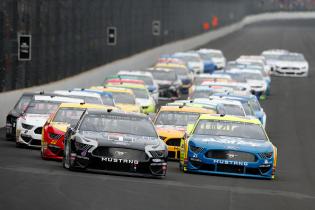 NASCAR Brett Moffitt: P1 for Buckle Up In Your Truck 225

Br. Moffitt - D
Qualifying was not held for Saturday's NASCAR Gander Outdoors Truck Series (GOT) Buckle Up In Your Truck 225 at Kentucky Speedway. NASCAR set the lineup based on a combination of owner points and a random drawing.
P1 went to Brett Moffitt (#23 Chevrolet Silverado) with #21 Zane Smith sharing the front row in the P2 spot. #26 Tyler Ankrum, #18 Christian Eckes, #16 Austin Hill, #99 Ben Rhodes, #98 Grant Enfinger, #2 Sheldon Creed, #38 Todd Gilliland and #51 Chandler Smith made up the remainder of the top-10 in the starting lineup. Did not qualify: No one, 40 trucks entered for the 40-truck lineup.
Added Yesterday 9:11 pm (EST)
Added Yesterday 9:11 pm (EST)

Ky. Busch - D
Qualifying was not held for Sunday's NASCAR CUP Series (NCS) Quaker State 400 at Kentucky Speedway.
The lineup was set by NASCAR based on a combination of owner points and then a random drawing. P1 went to Kyle Busch (#18 Toyota Camry) with #22 Joey Logano sharing the front row in the P2 spot. #4 Kevin Harvick, #10 Aric Almirola, #88 Alex Bowman, #2 Brad Keselowski, #1 Kurt Busch, #9 Chase Elliott, #19 Martin Truex Jr. and #21 Matt DiBenedetto make up the remainder of the top-10 in the starting lineup. Did not qualify: No one, 38 cars entered for 40-car lineup.
Added Yesterday 8:52 pm (EST)
Added Yesterday 8:52 pm (EST)

Da. Hemric - D
Daniel Hemric will be piloting the No. 8 Poppy Bank Chevrolet for the second of two NASCAR XFINITY Series events, the Alsco 300, at Kentucky Speedway on Friday evening.
In three previous NXS starts at Kentucky, Hemric has one top five and three top 10s with a best finish of second coming in 2018. Hemric has made a combined six starts at the 1.5-mile oval between the NASCAR Cup Series, NXS and the Truck Series, recording a combined two top fives and four top 10s.-JR Motorsports
Added Yesterday 11:13 am (EST)
Added Yesterday 11:13 am (EST)

Mi. Annett - D
Michael Annett has a pair of top-five finishes among six in the top 10 in 11 NASCAR XFINITY Series starts at Kentucky Speedway. His average finish of 12.5 is his best among all tracks in the series.
Annett will carry a special decal above the right-side door this weekend at Kentucky. Longtime friend Mitch Benskin, 35, passed away recently and Annett will honor his memory with the special tribute. TMC Transportation, the Des Moines, Iowa-based trucking company, makes its 2020 debut as a primary sponsor on Thursday, with Pilot Flying J returning for Friday’s event.-JR Motorsports
Added Yesterday 11:11 am (EST)
Added Yesterday 11:11 am (EST)

No. Gragson - D
Noah Gragson has made one start at Kentucky Speedway in his young NASCAR XFINITY Series career, driving to a sixth-place finish last season after starting third.
The Las Vegas native has also made two starts in the Truck Series at the 1.5-mile track, earning one top five and two top 10s. He led in each of the two events for a combined total of 94 laps. In five NXS starts on 1.5-mile ovals in 2020, the 21-year-old driver has an impressive four top-five finishes, including a runner-up effort at Atlanta Motor Speedway.-JR Motorsports
Added Yesterday 11:09 am (EST)
Added Yesterday 11:09 am (EST)

Ju. Allgaier - D
Justin Allgaier has 13 NASCAR XFINITY Series starts at Kentucky Speedway, with a best finish of third coming in 2017 and has a total of 62 laps led. In his six starts with JR Motorsports at the 1.5-mile speedway, the Illinois native has finished inside top 10 five times.
So far in the 2020 season, Allgaier has led 319 laps and earned five stage wins. Of those laps led, 64 have been on mile-and-a-half tracks. Special hoods will return on Allgaier’s BRANDT Camaro for this week’s doubleheader to show appreciation for the world’s farmers and BRANDT’s employees.-JRM
Added Yesterday 11:07 am (EST)
Added Yesterday 11:07 am (EST)

Je. Burton - D
Jeb Burton is set to make his fourth start this season behind the wheel of the No. 8 Chevrolet in the first race at Kentucky Speedway on Thursday night.
Burton has recorded a best finish of eighth in two previous starts in the NASCAR XFINITY Series at Kentucky. The eighth-place result came in the September 2013 event. Burton has also scored two top-10 finishes in the NASCAR Gander RV & Outdoors Truck Series at the 1.5-mile oval. The colors of the Nelsonville, Ohio footwear company, Rocky Boots, will be on-board the No. 8 for the first time in 2020.-JR Motorsports
Added Yesterday 10:33 am (EST)
Added Yesterday 10:33 am (EST)