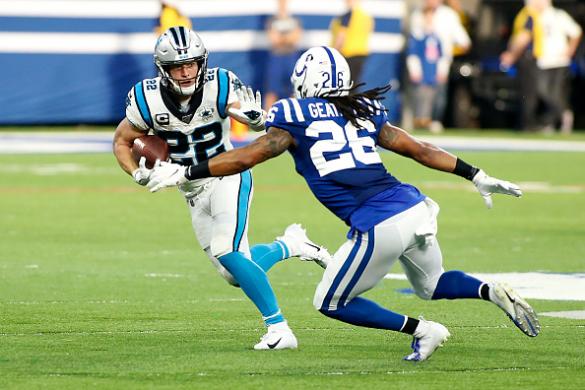 We had our fifth Fantasy Alarm Best Ball draft on RealTime Fantasy Sports last night, so let’s take a look at what went down. This was a snake draft and I finally landed an early pick. I will breakdown what caught my eye and how I feel about a few teams. The draft board can be found below. 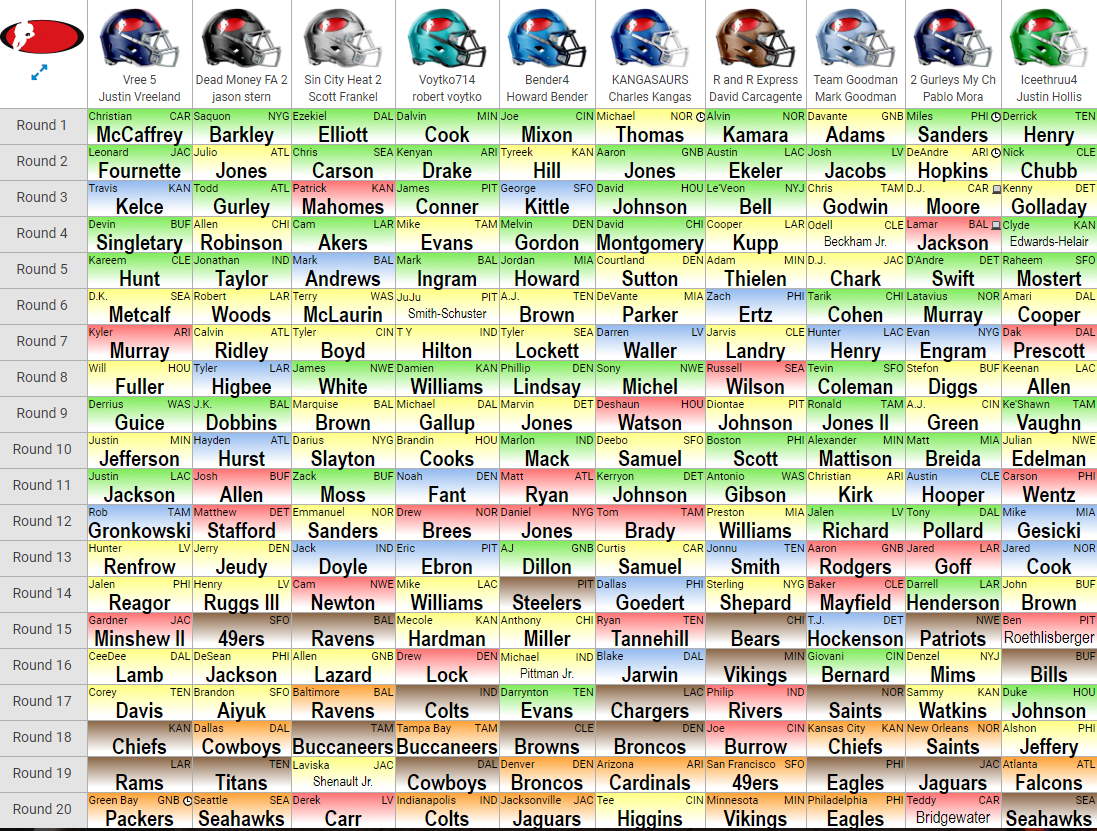 Now this is more like it; what a difference it is to have the first overall pick. I love this roster. I have the number one running back, number one tight end, and number three quarterback. My group of running backs past CMC is strong and overall, this team is fire. I waited on wide receiver and this group would scare me in a league where I had to set my lineup but being a best ball league allows me to have this group and feel good about it. They will lack consistency, but I believe, between them all, they should be able to produce two or three high scores per week and my lineup should produce very well on a weekly basis. And to increase my chances of that happening, I went with seven wide receivers in this one, since I felt good about the other positions.

If you didn’t figure it out in the last paragraph, my favorite team of this draft is my own. I haven’t been able to say that often enough in these things, but I love this roster. It is elite at three positions and I think it will be very tough to beat. Four other teams I like are Kangas, David, Hollis, and Scott. They all have a strong group of running backs and an elite quarterback. Outside of Hollis, they each landed a top-five tight end as well. I feel as though they took similar draft approaches to mine and that is my favorite approach. I believe waiting on wide receiver is the best move in best ball leagues as there are plenty of late round guys that will be boom-or-bust on a weekly basis and I am okay with that in best ball.

My least favorite team is Mark’s. He’s very thin at running back, but also weak at tight end and quarterback. He loaded up on wide receivers early in the draft, but that left his roster unbalanced and with too many question marks. That being said, if Dalvin Cook was to holdout; and if Ronald Jones or Baker Mayfield has a breakout season, Mark’s team would instantly move from my least favorite to a real contender. However, as it stands right now, I have a tough time seeing this team winning the league.

Moving over from favorite and least favorite teams, we can take a look at individual picks; which ones I love and which ones I don’t. Immediately, one thing that stands out to me is Howard selecting only one tight end. I asked him about that and, as I expected, it was not intentional. Having George Kittle makes that matter a little bit less, but if Kittle were to suffer an injury it would be a wrap on Howard’s chances. As is, he still has to take a zero for Kittle’s bye week and has no other options if Kittle has a down week. Another pick I am not in love with is Kangas’ selection of Sony Michel over some of the other options like Damien Williams , James White , and Derrius Guice . I probably sound like a broken record at this point, but I just can’t see Michel doing anything productive in a PPR league. Lastly on the things I didn’t like, and we had this discussion during the draft, was Jason’s abundance of Falcons. I don’t mind stacking as much in best ball leagues, but if Matt Ryan gets hurt, Jason doesn’t really stand a chance. Probably my favorite selection of the draft is Voytko’s pick of Drake at 17th overall. I love Drake this year and that’s a steal at that spot. I also like the back-to-back picks from Hollis and Pablo of Clyde Edwards-Helaire and Lamar Jackson . I feel like both of those picks are a good value.

I am in love with this team and I hope I think can keep that momentum going into our next one.  We plan on doing plenty more of these, so if you want to get in on the action, follow me on Twitter @JustinVreeland and send a DM my way. I look forward to seeing more of you!