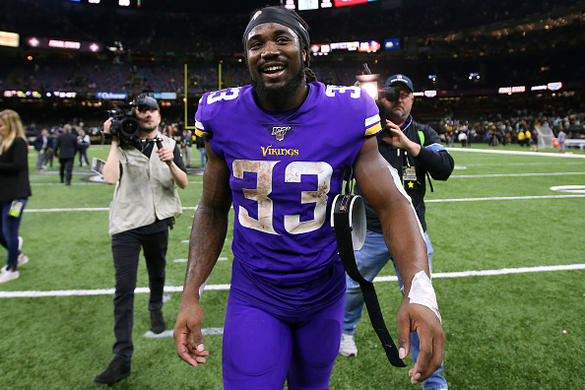 Welcome to the eleventh edition of the RB previews! Ah yes, the dreaded contract disputes and potential holdouts that go with them as we look at backs in a contract year. These are important situations to monitor and they could have huge impacts in fantasy. Without further ado, let’s dive in!

“Houston, We Have a Problem”

Dalvin Cook (Vikings) – The Cook news broke two days ago and it’s not pretty. According to Adam Schefter, Cook will not participate in any team activities until he receives a new contract. “He’s out. Without a reasonable extension, he will not be showing up for camp or beyond.” Yikes. None of that is good for fantasy and it’s something that we really need to caution about when considering selecting him in a draft. Apparently the two sides are not anywhere close either, as Cook is reportedly seeking north of $16 million per year and the Vikings initial offer was south of $10 million per year. This one is tough and both sides have an argument, in my opinion. Cook was dynamic last season and among the elite backs in production, so I can understand not wanting to play on his light rookie contract (about two million). However, he has missed 19 games across three seasons and only has one good season under his belt, so I can certainly understand the Vikings taking a conservative approach with Cook. This situation doesn’t look pretty and Cook would have to fall a good bit for me to take interest in fantasy. 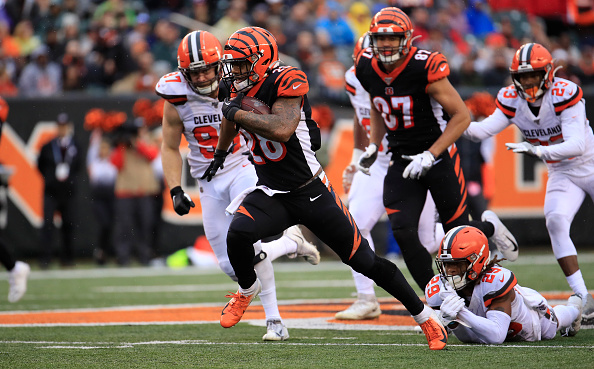 Joe Mixon (Bengals) – Mixon is also in the final year of his rookie contract and he is set to make a little under two million dollars this year. Near the end of April, news broke that Mixon was prepared for a holdout if he and the Bengals couldn’t agree on a long-term deal. It’s hard for me to not side with Mixon on this one, he is underpaid and is coming off back-to-back seasons in which he has rushed for over 1,100 yards. By now, all running backs know they have a short shelf life and they have to make their money while they can (rookie contracts for running backs need to be changed and improved, but I digress). The recent news on Mixon is positive though, as reportedly the two sides have had productive talks and the Bengals have the cap space to get a deal done. With that said, a deal is still far from in place and caution needs to be taken when considering selecting Mixon in fantasy drafts. His situation doesn’t sound as severe as Cook’s, but make no mistake, there is a risk with Mixon and he could holdout.

“Well, It Could Be Worse”

Alvin Kamara (Saints) – Kamara hasn’t made anywhere near the amount of news that Cook and Mixon have, but that could happen soon. Similar to the other two, he is seeking a new contract. When asked about it near the end of April the Saints GM Mickey Loomis stated that he “hadn’t really thought about it.” Probably not exactly what Kamara wanted to hear. There hasn’t been any word of a holdout for Kamara yet, but he is someone to keep in mind as the young back is scheduled to make just over two million dollars this year, despite three straight Pro Bowl seasons to begin his career.

“Don’t worry about a thing, ‘cause, every little thing is gonna be alright”

Aaron Jones (Packers) – Jones has made it clear that he wants an extension with the Packers, but it doesn’t sound like he plans to hold out for one. With Green Bay selecting A.J. Dillion in the second round of the draft, it appears very unlikely that they plan to offer Jones a contract extension before the season starts (if ever). Jones is set to make a little over two million dollars this season and all indications are that he will not holdout, despite his desire for a new contract.

Phillip Lindsay (Broncos) – Lindsay is set to make less than a million dollars this season, despite back-to-back seasons in which he rushed for over 1,000 yards to begin his career. Meanwhile, his teammate Melvin Gordon is set to make seven million this year, despite having just one 1,000 yard season through five years in the NFL. That probably isn’t sitting too well with Lindsay, who stated “I feel like I’ve outplayed my contract and I deserve to take care of my family too.” With that being said, he also stated “But I’m under contract still. For me, my mindset is to play out my contract.”

Leonard Fournette (Jaguars) – The Jaguars declined Fournette’s fifth year option and were unable to trade him. However, none of that matters for fantasy in 2020 and there is zero risk of a holdout for Fournette, despite being in the final year of his deal. He is set to make over four million dollars this year and has already made over 23 million dollars to this point. His focus for this year will be to have the best season he can as he hopes to land the biggest contract that he can this offseason.