Fantasy Baseball Daily Round Up: September 27 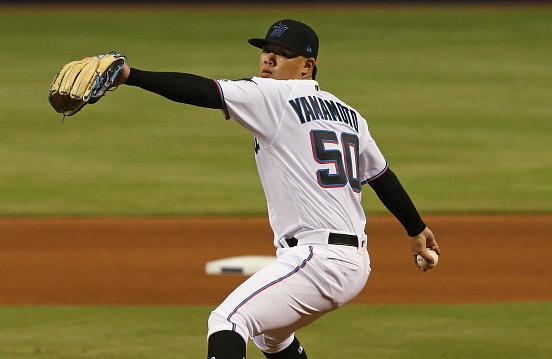 The 2020 Fantasy Football Draft Guide is Here! Draft with Confidence & Dominance with Complete Rankings, Strategies, Video Profiles, Award-Winning Analysis & More from the #FAmily. Save 50% off Instantly when you ORDER TODAY! + The Jim Bowden MLB Draft Guide FREE.
Jordan Yamamoto takes home spotlight honors with a dominating performance against the Mets in New York. He tossed six shutout innings in a no-decision. He gave up just one hit while striking out 10. He finished second in DFS scoring, but had he grabbed the win he would have been at the top. The 10 strikeouts were a new career high and it was his first time allowing one hit or fewer. Yamamoto was far more impressive as a rookie than I think a lot of people expected as he finishes with a 4-5 record, 4.46 ERA, a .191 BAA, a 1.14 WHIP, and over a strikeout per inning across his 15 starts. He was a low-end prospect that looks like he could be a main-stay in an MLB rotation.

Daniel Palka finished 2-3 with a pair of solo home runs and a walk. My reaction to him seeing hitting a second one last night was "baseball is such a funny and strange game." Consider this, Palka started the year 0-32, picked up his first hit and then he got to the point where he was 1-54. Now, over his last five games, he is 7-16! Add to it that Palka had 27 home runs as a rookie last year and it makes it even stranger that these were his first two home runs after 80 at-bats.

Back at it again with the long blasts! pic.twitter.com/ttxriZY5Ss

Willians Astudillo went 4-5 with a home run, two RBI, and four runs scored. He is now hitting .272 with four home runs and 19 RBI across 180 at-bats this year. It will be interesting to see where he fits into the Twins 2020 plans.
Aristides Aquino had a bash-and-dash night at the dish going 3-5 with a solo home run and a stolen base. Aquino slowed down from his record-setting pace (shocker), but he has still had a very impressive rookie season with 18 home runs and 46 RBI across 193 at-bats while hitting .264. Perhaps the most interesting stat of his season is his perfect 7-7 stolen base rate.
Josh Reddick went 5-6 with a double and a stolen base. He didn't stuff the stat sheet, but five hits is still five hits and is impressive. He is now hitting .276 with 13 home runs and five stolen bases across 497 at-bats. Reddick isn't a bad player, but it's remarkable that the Astros have started him over Tucker all year (who has looked really good). 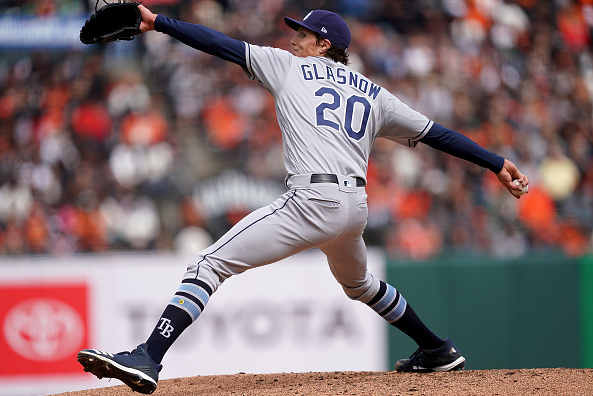 Tyler Glasnow (6-1, 1.92 ERA) will take on the Blue Jays as he looks to prepare for the postseason. He has logged three innings in each of his past two starts, but will likely stretch out to four-to-five innings tonight as the Rays will need him to go at least that many innings come playoff time.
The Cardinals will turn to Dakota Hudson (16-7, 3.45 ERA) as they try and hold off the Brewers for the NL Central crown. St. Louis is now just one game ahead of the Brewers in the division and taking care of business today will be crucial.
Walker Buehler (13-4, 3.25 ERA) will take on the Giants in what should be a great matchup for him to dominate. He has had a great season in what has been his first full season in the bigs. He will be a popular pick for NL Cy Young next year (depending on the odds).
NEXT ARTICLE
TAGS: