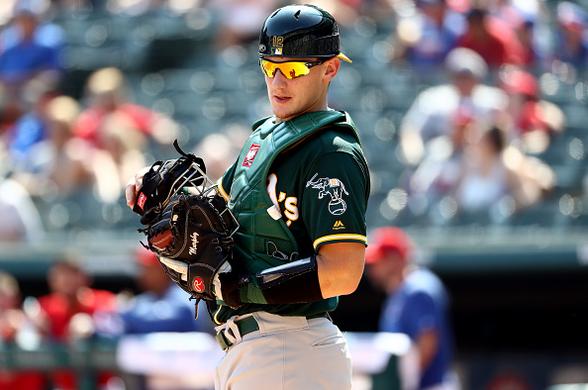 We are nearing the end of the MLB fantasy season and at this point, there probably aren’t a ton of moves to be made, but it’s still important to keep up with what players are doing. Keeping up with this info can be important when you head into next season and what it means towards where players will potentially be drafted, so like I’ve done over the past couple weeks, I will break down what a few players are currently doing and what it could mean for 2020. Without further ado, let’s dive in!

Sean Murphy , C OAK – Murphy is off to a fantastic start to begin his career, hitting .400 with four home runs, 11 runs, and eight RBI through his first 30 at-bats. He is a top-100 prospect in the league too, so his hot start is definitely one to pay attention to. He currently has a 47.8-percent hard contact rate and 94.2 mph average exit velocity, both of which are not going to be sustained, but worth noting. It’s only a small sample, but it’s exactly the type of numbers that you want to see from a top prospect. He has a ridiculous 39.1-percent line drive rate, which is nowhere near sustainable, but it’s good that he only has a 34.8-percent ground ball rate thus far. It will be interesting to see where he goes in drafts next season, as he could be a nice late round sleeper. 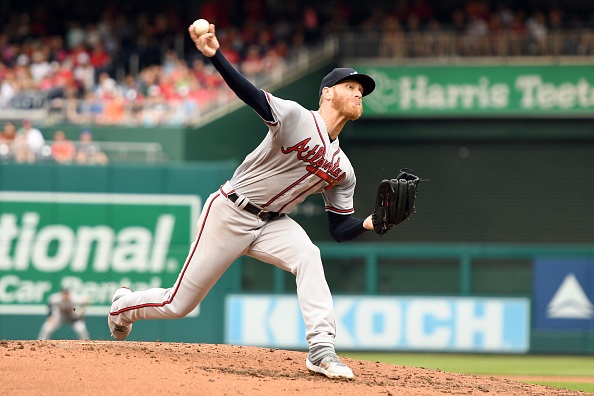 Mike Foltynewicz , SP ATL – I think it’s safe to say that Folty is back at this point. After posting a 2.85 ERA across 183.0 innings last year, he started this year off horrible, pitching to a 6.09 ERA through 75.1 innings pitched. He came back at the end of April from injury and struggled mightily before getting sent down at the end of June. However, over his last five starts, he has a 1.52 ERA across 29.2 innings pitched and is 3-0 in that span. He looks back to form and pitched well against a couple good offenses in that timeframe (Mets, Phillies, Nats). It will be very interesting to see where he goes in drafts next year. Will people look at the overall season totals and let him go late, or will people factor in the end of season surge and draft him like he’s fully back to 2018 form? My guess is somewhere in-between.

Johnny Cueto , SP SF – Since returning off IL, Cueto has tossed 10 shutout innings across two starts. He has only given up four hits in that span while striking out six. That being said, it is worth noting that those starts came against a couple of the games worst offenses in Pittsburgh and Miami. Regardless of that though, it’s been a good sign thus far for him and we are talking about a guy that has a 3.03 ERA over his last 1500 innings pitched. He pitches half his games in one of the best pitching parks and should continue to pitch well. The strikeouts will continue to lack though. He should continue to give fantasy owners a boost for the remainder of the season, but it’s almost impossible to predict what his ADP is going to look like next year.

Wade Miley , SP HOU – Miley is off to a very rough start to September, giving up 14 runs across 6.1 innings pitched (three starts). In that span, he has given up 19 hits(!), four walks, and a home run while striking out four. His last three starts have been against the Mariners, A’s, and Royals, so not exactly potent offenses, which makes it even more concerning for fantasy owners. If you are still playing your fantasy playoffs or battling in a roto league, I think it’s pretty tough to trust him in his upcoming starts. He isn’t a strikeout pitcher, so if he is giving up runs, he is just killing your team. Despite a strong overall season, it’s hard to envision Miley going too early in drafts next season.

Will Smith , C LAD – Smith got off to a torrid start to begin his MLB career, hitting .318 with 12 home runs and 31 RBI through his first 28 games played (88 at-bats), but he has really fallen off, hitting just .143 with one home run and three RBI over his last 18 games. He picked a bit of a bad time to run cold, as fantasy owners were/are counting on production from him at this crucial time in the fantasy baseball season. While he isn’t finishing the year overly strong, he is still a top-100 prospect and he has shown some great flashes. He will be a target of mine late in drafts next season and I actually don’t mind this slump potentially lowering his ADP a bit. 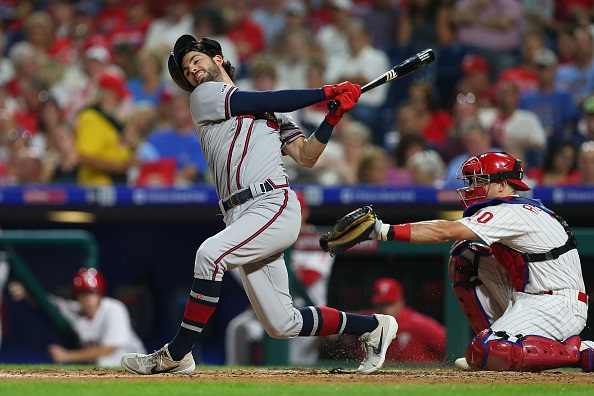 Dansby Swanson , SS ATL – Swanson was having a pretty solid season prior to landing on IL back in July, but he has been a mess since coming back, hitting .158 with zero home runs and six RBI across 17 games. His overall line for the year is down to a .251 batting average, 17 home runs, 63 RBI, and is 8-for-13 on stolen base attempts through 117 games (500 at-bats). That’s not all that great and while it looked like he was having a bit of a breakout year two months ago, he now looks like the same mediocre player that he has shown us over the years. He isn’t doing any fantasy owners any favors right now and he will probably be a bit over-drafted once again (as he is every year for some reason) in drafts next year.