Fantasy Baseball Daily Round Up: August 4 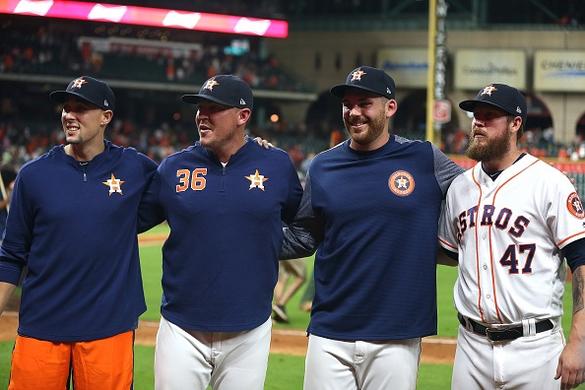 This was a really tough choice, with three outstanding performances to choose between (Astros, Buehler, Cruz). You can’t not pick a no-hitter for the spotlight though, right? So, with that being said, the Astros combined no-hitter against the Mariners takes the crown. Aaron Sanchez set the table in his first start with his new team, hurling six innings and striking out six while picking up the win. What a debut! He came into this debut with the worst ERA in all of baseball at 6.07. Classic Astros, as they continue to somehow make all pitchers better. He was at 92 pitches when he was taken out of the game, so while he probably could have pitched the 7th, he was very unlikely to successfully go all nine. Will Harris , Joe Biagini , and Chris Devenski each pitched one inning (in that order) to finish off the no-hitter.

Walker Buehler tossed a complete game against the Padres, giving up just five hits and one run while striking out 15! He led all players in DFS scoring on both DraftKings and FanDuel. Usually that would be plenty enough to take spotlight honors home, but it’s tough to compete with a no-no. It was his fourth start of the year with double-digit strikeouts and his second start with 15+. It was his second complete game of the year and his eleventh outing with at least six innings and two or fewer runs against. He will carry a 10-2 record and 3.22 ERA into his next start.

.@buehlersdayoff is the 2nd pitcher 25 or younger with multiple starts of 15+ Ks and 0 BB in one season (@DocGooden16, 1984). pic.twitter.com/xKhCaEGqda

Nelson Cruz had three home runs and five RBI in the Twins 11-3 win over the Royals. He is on an absurd home run binge right now, with 17 long balls in his last 27 games! It was his second three-dinger game in his past eight and he became the oldest player in MLB history with two such games in a single season. Since the start of June, Cruz is hitting .313 with 23 home runs and 50 RBI across 47 games played. For the year, he is now hitting .295 with 30 home runs and 72 RBI as the timeless wonder (39 years old) continues to be a force at the plate. Just imagine if he was a relevant baseball player before turning 28. Despite the late start, he will still reach 400 home runs (currently at 390) and he has already topped the 1,000 RBI plateau with 1,083.

.@ncboomstick23 is the oldest player ever with multiple 3-HR games. pic.twitter.com/1TkDMW2Nhk

Wilson Ramos racked up four hits, including a home run and a double, and he had six RBI. After only having one multi-hit game in July, Ramos already has two multi-hit games through three August games. He also already has nine RBI in August, after having just five in July. He is now hitting .264 with 11 home runs and 55 RBI on the year.

Gleyber Torres had a big night in the second game of the double-header, finishing 3-5 with a pair of solo home runs, a double, and three runs scored. He is now hitting .288 with 23 home runs and 62 RBI and should top all of the numbers he set as a rookie last year (24 home runs, 77 RBI, .271 BA). So much for sophomore slumps I guess.

DJ LeMahieu had a big game in the first game of the double-header for the Yanks, going 3-5 with two home runs and four RBI. He went 1-5 in the second game. He already has career highs in home runs (17) and RBI (75) while hitting .336. So much for needing Coors Field (that statement never made any sense to me, with a player like this).

Eric Sogard made a big impact in one of his first handful of games with the Rays, going 2-3 with two home runs and five RBI. Sogard was a pretty terrible hitter coming into this year, as he had a career .238 batting average with 11 home runs through 584 games played (1743 plate appearances). In just 77 games this season (at age 33) he has 12 home runs and a .303 batting average.

Starling Marte stuffed the stat sheet, finishing 3-5 with a home run, three RBI, and a pair of stolen bases. Marte is having a fantastic season but, per usual, he isn’t getting anywhere near the credit he deserves in fantasy circles. He is now hitting .288 with 20 home runs and 16 steals and he should have no problem producing a 25-20 season at the very least. 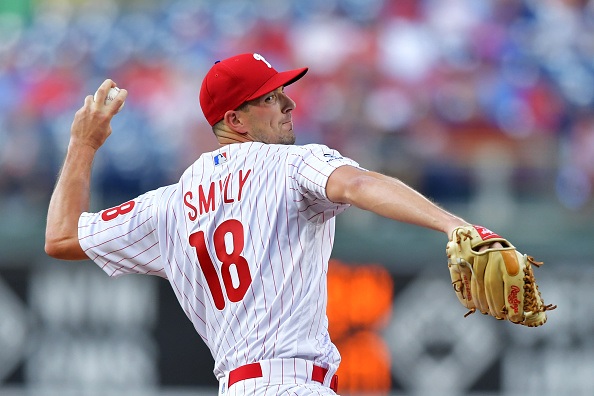 Drew Smyly (2-5, 6.85 ERA) will make his third start for the Phillies. Yes, his line for the season looks atrocious, but he has only allowed one run through 13 innings pitched with the Phillies and this match-up with the White Sox is not one that should end that strong streak.

Justin Verlander (14-4, 2.73 ERA) will look to continue his dominant season in a match-up with the Mariners. He has double-digit strikeouts in three straight starts and it would not be at all surprising if that streak moves to four today.

A big offensive game should take place in Coors today with Tyler Beede (3-5, 5.01 ERA) taking on Kyle Freeland (2-9, 7.48 ERA). Beede has a 5.73 ERA on the road this season and Freeland has a 10.31 ERA at home. Two terrible pitchers in a hitters dream ballpark should make for a lot of fireworks.