Fantasy Baseball Daily Round Up: July 19 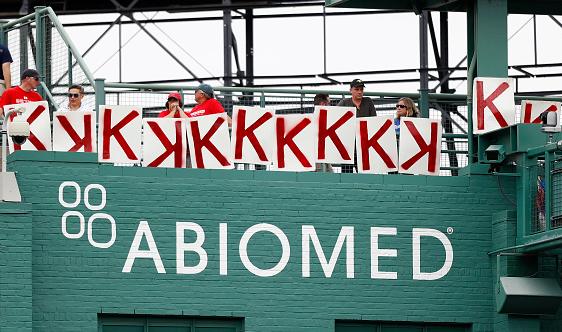 Chris Sale takes home spotlight honors with a dominating performance against the Blue Jays. He tossed six shutout innings and only allowed two hits while striking out 12. His dominance set the tone for the Red Sox and he picked up the win in their 5-0 victory. Sale had allowed five earned runs in each of his past three outings, but was able to snap out of in a big way yesterday. He led all players in DFS scoring on both DraftKings (39.1) and FanDuel (64.0). It was his eleventh start of the year in which he has reach double-digit strikeouts and he now has 172 punch-outs across 117.2 innings pitched. He will carry a 4-9 record and 4.05 ERA into his next outing. Fantasy owners should expect a big second half from the lefty.

Kiké Hernández had a big game, going a perfect 4-4 with a pair of dingers and four RBI in the Dodgers 7-6 loss to the Phillies. Making it more impressive is the fact that both of his home runs came against Nola. He led all hitters in DFS scoring. Hernandez now has 16 long balls on the year with 51 RBI, but it comes with a poor .235 batting average.

Jorge Soler smacked another home run as part of a two hit, two RBI afternoon. He now has 26 home runs and 69 RBI to go along with a .248 batting average. He is having a big time breakout season and has already set career highs in home runs, RBI, runs, and doubles – all by a wide margin, except the doubles. He should be a reliable source of power and RBI the rest of the way.

Jurickson Profar only had one hit, but it was a two-run home run. Profar has moved into a part-time role, but has started the past two games and delivered three home runs and six RBI. He should be starting full-time, sure he got off to a rough start, but over his last 45 games he has hit .250 with 10 home runs and 28 RBI while going a perfect 3-for-3 on steals. For the year, he now has a .217 batting average with 14 home runs, 47 RBI, and six steals. In fact, he is 16-for-16 on steal attempts since the start of last year; maybe he should run more often.

Niko Goodrum had the only bash-and-dash game of the day, going 3-4 with a solo home run and a stolen base. He has eight hits in his last three games and is hitting .341 in July with two home runs and four stolen bases. Overall for the year, he is now hitting .248 with eight home runs and 11 stolen bases. He has a shot at a 15-20 season.

Alex Bregman went a perfect 2-2 with a solo home run, two walks, and three runs scored. He is now on a four-game hitting streak and is hitting .308 with three home runs in July. For the year, he is hitting .271 with 25 home runs, 61 RBI, 70 runs scored, and has stolen four bases. His steals are on pace to drop for the second straight year, but his home run total is on pace to climb for the third straight year.

George Springer finished 2-5 with a solo dinger. He now has 22 home runs across 66 games played, pretty impressive considering he had 22 home runs across 140 games last year. He is having the best year of his career, hitting .308 with the 22 dingers, 54 RBI, 56 runs scored, and five steals.

Yordan Alvarez went 2-4 with a double, a run, and two RBI. All this guy has done since being called-up is hit and drive in runs. Through 26 games and 103 at-bats since being promoted to the show, he is hitting .330 with nine home runs and 31 RBI. He’s only 22-years old and already has the look of a big time bat.

A lot of good pitching/pitching duels are what to what to watch for today! 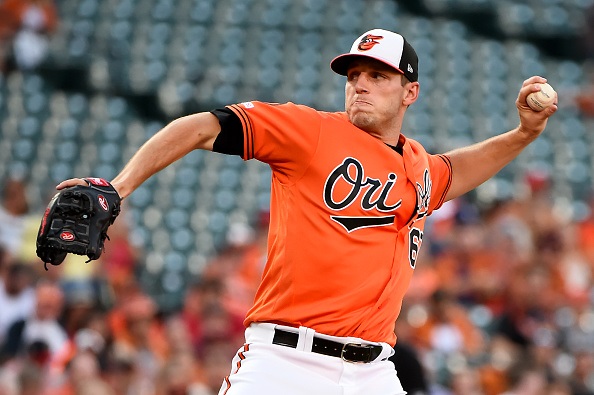 Patrick Corbin (7-5, 3.39 ERA) vs. Mike Soroka (10-1, 2.24 ERA). Corbin has given up a total of six earned runs across his last 34 innings pitched - five starts - and he has had at least seven strikeouts in all five of those starts. Soroka had a career high nine strikeouts across seven shutout innings in his previous start.

Mike Minor (8-4, 2.73 ERA) vs. Justin Verlander (11-4, 2.98 ERA). Minor has been roughed up for seven earned runs across 9.1 innings in his last two starts and has a tough match-up with the Astros (who scored four on him his last time out). Verlander hasn’t given up more than four runs in any of his 20 starts this year.

Jacob deGrom (5-7, 3.21 ERA) will take on the Giants in a juicy match-up. deGrom hasn’t given up more than three earned runs in any of his last 10 starts and he gave up two runs or fewer in nine of them. However, in classic Mets fashion, he is only 2-2 in that span.

L. Urías - SS
MIL
Brewers placed INF Luis Urias on the 10-day injured list.
Urias tested positive for COVID-19 prior to intake testing. He hasn't been displaying symptoms but will need to have two negative tests before being cleared to return.
Added 11:54 am (EST)
Added 11:54 am (EST)

V. Arano - RP
PHI
Victor Arano (shoulder) is not yet ready to pitch in games.
Arano dealt with a shoulder ailment during spring training and is still playing catch-up. He will throw live batting practice Monday and appears to be coming along slowly but surely, however, he's looking like a question mark for Opening Day.
Added 11:31 am (EST)
Added 11:31 am (EST)

M. Smith - CF
SEA1
Mallex Smith remains away from Mariners' summer camp due to undiclosed reasons.
Smith is expected to be the Mariners' center fielder this season and is one of the best bets in baseball for stolen bases, but he's running short on time to be ready for Opening Day. Kyle Lewis looks like the favorite to start in center if Smith isn't ready.
Added 11:23 am (EST)
Added 11:23 am (EST)

F. Barreto - 2B
OAK
Athletics manager Bob Melvin said Saturday that he plans to use "multiple guys" at second base this season.
“That’ll be a position that probably looks like multiple guys,” Melvin said. “We’ll probably try to match up on that one. On the left side, (Vimael) Machin and (Tony) Kemp, and on the right side, (Franklin) Barreto and (Chad) Pinder. We’ll try to figure out where we go with that, but we typically have a couple of spots where we platoon. That probably is one of them.” Barreto is a former top prospect who is arguably the most intriguing of the four players, but he's failed miserably in the majors to this point and might only initially play versus lefties. There might not be much fantasy value to mine here.
Added 11:11 am (EST)
Added 11:11 am (EST)

J. Teheran - SP
LAA
Julio Teheran (COVID-19) is still not in Angels' summer camp and manager Joe Maddon said Saturday he wasn't sure when the pitcher would arrive.
Teheran said previously that he was awaiting the results of a COVID-19 test and hoping to join the Angels by this weekend, but obviously that hasn't happened. Even if Teheran arrives soon, it's not a given that he will be built up enough for the start of the season.
Added 11:06 am (EST)
Added 11:06 am (EST)