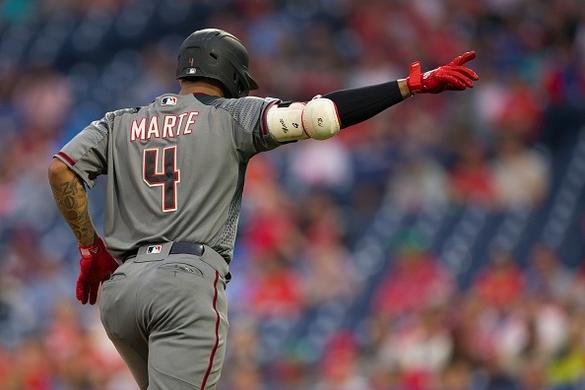 Table That Discussion: Episode 5 - June 14: Howard Bender hosts a round-table discussion and competition among the Fantasy Alarm analysts, that includes everything from around the world of sports, both fantasy and reality.

3-Point Play: Episode 5 – June 9: 3-Point Play is a show brought to you by Fantasy Alarm TV that pits our analysts in a head-to-head debate of some of sports hottest topics, both fantasy and reality! 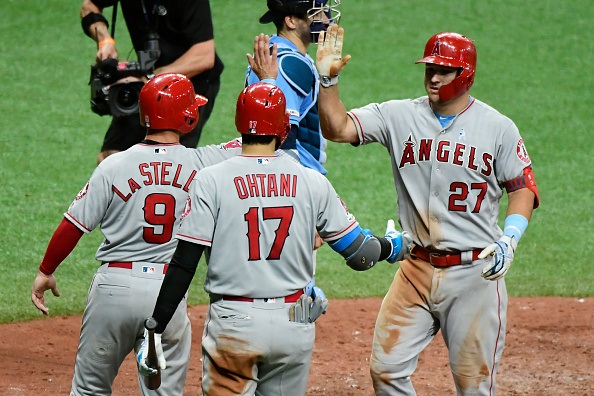 MLB Prospect Report: Depth of Arms:  Matt Selz does a deep dive in the depth of arms coming up in the second half of the MLB season or might be trade chips for deadline deals.

MLB Advanced Analytics: Reliever Efficiency Rate: Greg Jewett and Matt Selz collaborate on a new stat to try and remove all of the noise from saves and holds and show who's been the most efficient reliever in baseball. 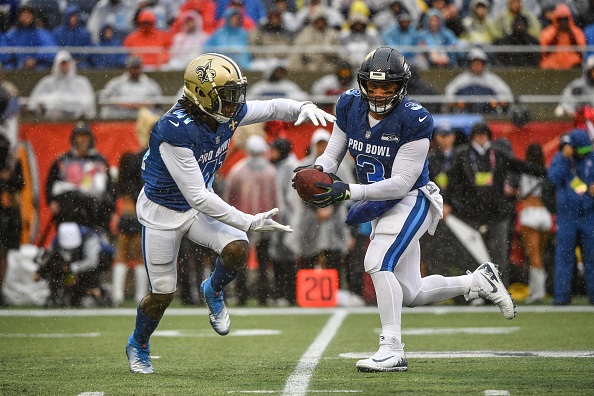 2019 NFL Draft Guide: 2nd Round NFL Draft Impact: Andrew Cooper breaks down the second round of the 2019 NFL Draft with regard to immediate and future fantasy football impact.

2019 NFL Draft Guide: Auction Drafting: Grow a Pair: Howard Bender discusses why and when you need to be aggressive with the bidding in your fantasy football auction drafts. 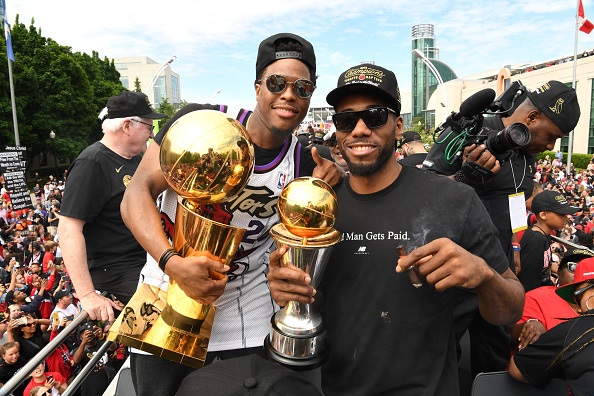 2019 NBA Team Needs: Southeast Division: Dan Servodidio and Justin Fensterman take a look at what every NBA team needs this offseason and what they may do in the NBA draft division by division.

2019 NBA Team Needs: Atlantic Division: Dan Servodidio and Justin Fensterman take a look at what every NBA team needs this offseason and what they may do in the NBA draft division by division.

2019 NBA Team Needs - Pacific Division: Dan Servodidio and Justin Fensterman take a look at what every NBA team needs this offseason and what they may do in the NBA draft division by division.

D. Hudson - RP
WSH1
Daniel Hudson pitched a perfect ninth in a one-run game for a save Tuesday against the Mets.
While Sean Doolittle got most of the blame, Hudson was just as bad in the Nationals' bullpen meltdown against the Orioles on Saturday (he gave up three runs while getting two outs). He rebounded nicely tonight, turning in his fifth scoreless appearance in six outings this season, and his status as the Nationals' closer remains secure.
Added 12:13 am (EST)
Added 12:13 am (EST)

K. Freeland - SP
COL1
Kyle Freeland allowed two runs over seven innings on Tuesday in a no-decision against the Diamondbacks.
Freeland continues to work deep into outings, completing at least six frames for the fourth consecutive start to open the condensed 2020 campaign. He recorded two strikeouts and only issued one walk as a pair of solo homers accounted for the only damage against him in this one. The 27-year-old southpaw owns an impressive 2.45 ERA with a 13:7 K:BB ratio over 25 2/3 innings across four starts this season. He doesn’t miss enough bats to warrant a roster spot in shallow mixed leagues, but Freeland has shown enough to merit consideration as a streaming option for fantasy managers in deeper formats. He’s worthy of a dice roll in deep mixers when he takes on the Rangers at home in his next start on Sunday.
Added 12:10 am (EST)
Added 12:10 am (EST)

D. Bard - RP
COL
Daniel Bard struck out the lone batter he faced on Tuesday to record a one-out save against the Diamondbacks.
Bard was summoned to extinguish a massive fire in the ninth inning as the Rockies bullpen nearly frittered away a six-run lead. The hard-throwing journeyman was called upon to protect a one-run lead with the tying run at third base with two outs in the final frame. He managed to freeze veteran backstop Stephen Vogt on a backdoor slider to slam the door on the Diamondbacks comeback effort. The 35-year-old righty has allowed three runs with an 11:0 K:BB ratio across nine innings this season. With both Wade Davis and Scott Oberg sidelined, there’s a chance that Bard could see additional save opportunities moving forward. He’s worthy of a speculative pickup in standard mixed leagues.
Added 12:09 am (EST)
Added 12:09 am (EST)

E. Díaz - RP
NYM
Edwin Diaz was sharp again in a non-save situation Tuesday, striking out two in a scoreless ninth against the Nationals.
Diaz hasn't had any save chances since the second game of the season, but he has been pitching in close games; he earned a hold last time out against the Marlins and he came in with the Mets down by one run tonight. While he did struggle in his second and third appearances last month, he's still given up just two runs over 7 1/3 innings on the season and he's fanned 15 of the 31 batters he's faced. He's done enough to earn another look in the closer's role.
Added 12:08 am (EST)
Added 12:08 am (EST)

N. Arenado - 3B
COL1
Nolan Arenado launched a two-run homer in the Rockies’ lopsided win over the Diamondbacks on Tuesday.
Arenado crushed a go-ahead two-run homer off Diamondbacks starter Zac Gallen in the fourth inning. It was his fourth round-tripper of the shortened campaign. The 29-year-old fantasy stalwart isn’t exactly tearing the cover off the ball, hitting .246/.314/.459 across 70 plate appearances. Yet, he’s showcased fantastic plate skills and plenty of over-the-fence pop so far. It feels like only a matter of time before he goes on an extended hot streak.
Added 12:08 am (EST)
Added 12:08 am (EST)

C. Walker - 1B
ARI
Christian Walker went 2-for-3 with a solo homer and a pair of walks on Tuesday in the Diamondbacks’ loss to the Rockies.
Walker belted his first long ball of the year, a tape-measure shot to left field, off Rockies starter Kyle Freeland in the fourth inning. He also walked twice in the contest. The 29-year-old first baseman is hitting .290/.343/.468 with eight doubles, nine runs scored and 11 RBI in 67 plate appearances. Given the abysmal state of the cold corner from a fantasy perspective, Walker is a viable starting option in deeper mixed leagues moving forward.
Added 12:06 am (EST)
Added 12:06 am (EST)

A. Eaton - RF
WSH1
Adam Eaton went 0-for-4 with two strikeouts Tuesday against the Mets.
Eaton homered off Gerrit Cole in his first at-bat of 2020, but it's been all downhill since then; he's batting just .204 and he has an uncharacteristic 15/3 K/BB ratio over 52 plate appearances. Eaton has been a fixture as a No. 1 or No. 2 hitter for much of his career, but if his struggles linger, the Nationals will need to consider moving him down for a spell.
Added 12:03 am (EST)
Added 12:03 am (EST)

J. Montgomery - SP
NYY1
Jordan Montgomery improved to 2-1 after allowing three runs over six innings Tuesday in the Yankees' 9-6 defeat of the Braves.
Montgomery allowed just one hit through 5 1/3 innings before giving up two straight singles followed by a three-run homer from Marcell Ozuna. He recovered to finish the inning at just 78 pitches for the night, but the Yankees saw no reason to push him any further in this one. He'll face the Red Sox for the second time this season in his next start. He beat them by allowing one run over 5 2/3 innings on July 31.
Added Yesterday 11:51 pm (EST)
Added Yesterday 11:51 pm (EST)