Fantasy Baseball Daily Round Up: May 3 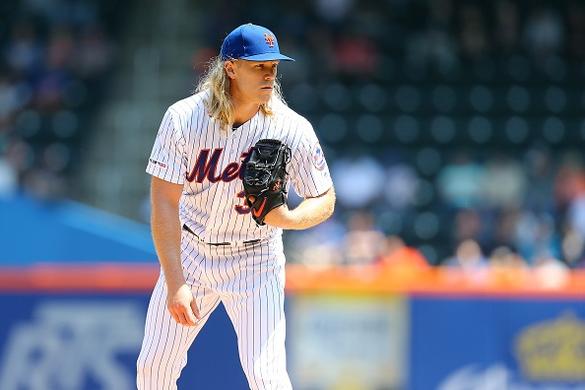 Wow, just wow, that’s all I can say about the performance that I watched Noah Syndergaard deliver yesterday. He threw a complete game shutout, struck out 10, and also hit a solo home run in a Mets 1-0 victory; talk about carrying your team to a win. He became the first pitcher in Mets history to hit a home run and throw a shutout in a 1-0 win, and was the first player from any franchise to do it since 1983 (Bob Welch). He is also now the third Mets pitcher this year to throw seven or more shutout innings, strikeout 10 or more, AND hit a home run, joining Jacob deGrom (April 3) and Zack Wheeler (April 23); I don’t have the information in front of me, but I would have to imagine that hasn’t happened in one season too often, if ever (by one team). Oh yeah, and it’s only the start of May! Thor gave up just four hits (all singles) and needed just 104 pitches to cruise through the Reds. The home run (can be seen below) was his second of the year and sixth of his career, meaning he is now just one home run shy of the Mets home run record by a pitcher (Dwight “Doc” Gooden). It was truly a historic day for Syndergaard.

A 407-foot, opposite field homer for @Noahsyndergaard!

Maybe changing up the hair was a smart move? ???? pic.twitter.com/zsQtPEmFIv

No one could compete with Thor’s historic day, but there were a few other outings deserving of mention:

It was a pretty uneventful day yesterday as far as hitters go, we had no double-dong games, no bash-and-dash games, and no one put together a four-hit effort. However, we still had a few solid performances to look at:

Ian Kinsler finished 3-6 with a home run, two doubles, two RBI, and three runs scored. He was the top scoring hitter on both DraftKings and FanDuel. It’s been a slow start for Kinsler, who is hitting just .174 still despite the three-hit day. 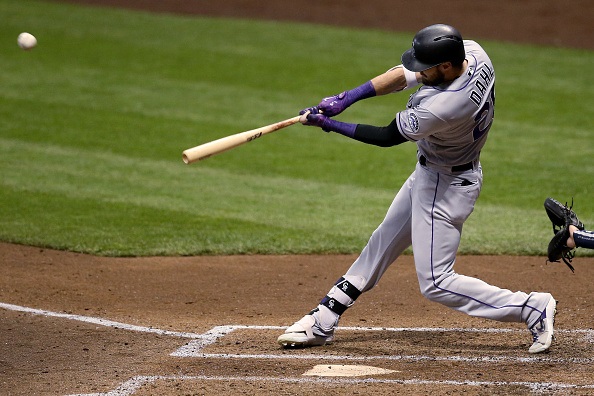 David Dahl went 3-5 with a home run, a double, three RBI, and two runs scored. When this guy is healthy he is a baller, unfortunately that hasn’t been all that often. He now has nine doubles and three home runs to go along with his .333 batting average through 87 at bats.

Raimel Tapia , like fellow teammate Dahl, also finished 3-5 and slugged a home run. His other two hits were both singles and he had two RBI and one run scored. Tapia is getting consistent playing time right now and taking advantage of it, as he now has four home runs and a .286 average.

Whit Merrifield had a pair of triples and also drove in a run in the Royals 3-1 win. He now has five triples on the year to go along with four home runs, six steals, and a .298 batting average. Merrifield has been one of the leagues more consistent producers over the past couple of seasons.

Brian Goodwin finished 3-4 with a stolen base and a run scored. The steal was his first of the year. Goodwin has been hitting third for the Angels over the last four games, but he hasn’t let that pressure get to him, as he is 6-16 with a home run and three runs scored since being moved there. He is currently hitting a robust .341 on the year.

In my most recent Round Up piece (April 1) I wrote about CC Sabathia reaching 3000 career strikeouts and how he needs just three more wins for 250. Strasburg reached a milestone yesterday too, so in today’s piece I decided to take a look at some upcoming milestones for a few other guys that we can be on the lookout for in the upcoming days/weeks. 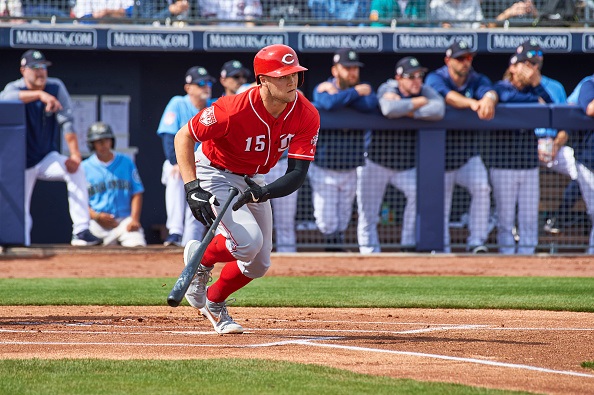 The Reds top prospect, Nick Senzel , will make his MLB debut tonight in Cincinnati against the Giants. He has been a top-10 ranked prospect each of the last years and needs to be added in your league if he is still available. He has hit over .300 in all three of his full minor league seasons (2016-2018).

Tyler Glasnow will bring his 5-0 record and 1.75 ERA into his start against the Orioles today. He has pitched five or more innings and given up two or fewer runs in all six of his starts this season. The Orioles are bottom ten in runs scored, so it will be a good opportunity for Glasnow to keep the good times rolling.

Clayton Kershaw and the Dodgers will cap off today’s slate at 10:10pm ET. Kershaw has been fantastic through three starts, picking up a quality start in all three and striking out 21 across 20 innings of work. He will take on the Padres. 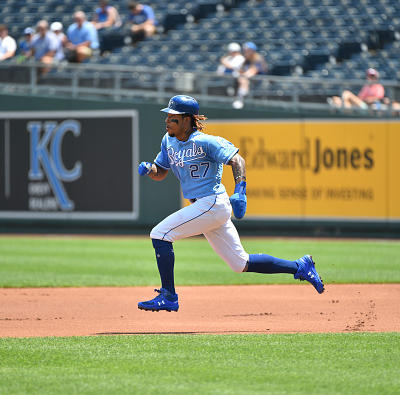 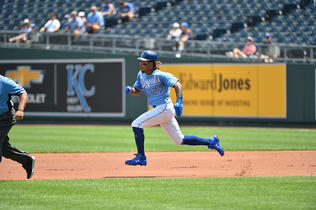 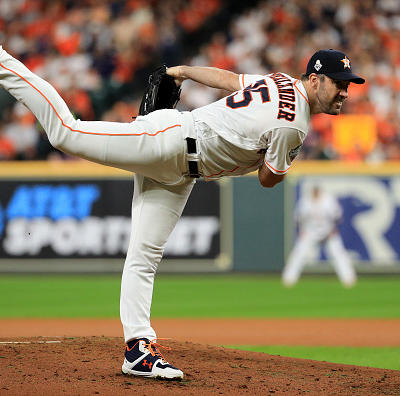 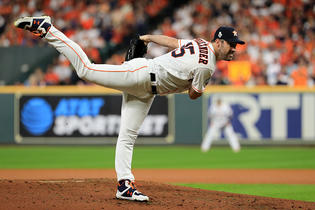 N. Castellanos - RF
CIN
Castellanos agreed Monday with the Reds on a contract, C. Trent Rosecrans of The Athletic reports. The outfielder will make $64 million over four years but can opt out after the first season, Jeff Passan of ESPN.com reports.
Though Rangers and Giants remained in the bidding for Castellanos' services as recently as a few days ago, the Reds were able to make significant headway in negotiations with the 27-year-old over the weekend and have now finalized a deal. Castellanos will likely man right or left field as he heads to Cincinnati, presumably pushing Jesse Winker (neck) and/or Aristides Aquino to the bench as a result. While his outfield defense leaves much to be desired, Castellanos will provide yet another boost to an offense already brimming with quality talent, essentially filling the lineup spot that was vacated by Yasiel Puig. Castellanos has been an above-league-average hitter each of the past four seasons, slashing .286/.336/.504 (121 wRC+) over that span.
Added 9:30 am (EST)
Added 9:30 am (EST)

A. Benintendi - LF
BOS
Red Sox hitting coach Tim Hyers spent time with Benintendi during the offseason and said the outfielder is in "really good shape," Jason Mastrodonato of the Boston Herald reports.
For a full breakdown and detailed player analysis GO PRO and join the Fantasy Alarm Family! CLICK HERE to unlock your PRO package and take advantage of instant savings!
Added 7:32 am (EST)