Fantasy Baseball Daily Round Up: April 24 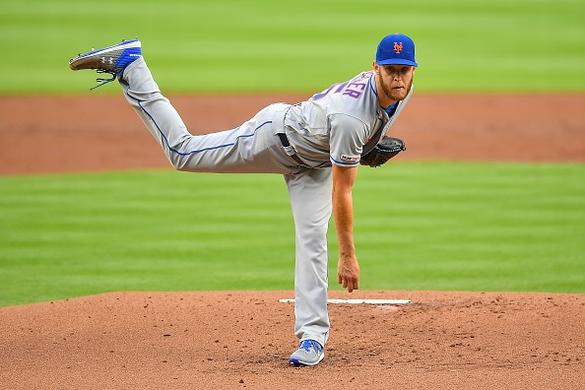 Zack Wheeler did it all in the Mets 9-0 victory over the Phillies last night; he hurled seven shutout innings allowing five hits and striking out 11 while also going 2-3 with a home run, a double three RBI, and two runs scored at the dish. He became the first player of 2019 to pitch a ball over 100 mph and also hit a ball over 100 mph. His pitching performance led to 64.0 points on FanDuel and 38.8 points On DraftKings, both of which led all pitchers in scoring. Wheeler had a rough start to his 2019 campaign, but he has now delivered three quality starts in a row, allowing five runs across his last 20.0 innings of work while striking out 24. His ERA is still an unsightly 4.85, but his 3.62 FIP shows he has been a bit unlucky and he is actually striking batters out (26%) at a higher rate than ever. His 25% hard contact rate against is better than his career average of 28.6% and there are plenty of good signs with Wheeler going forward.

Wheeler was the star of the night, but there were a few other guys who brought their ‘A’ game as well: 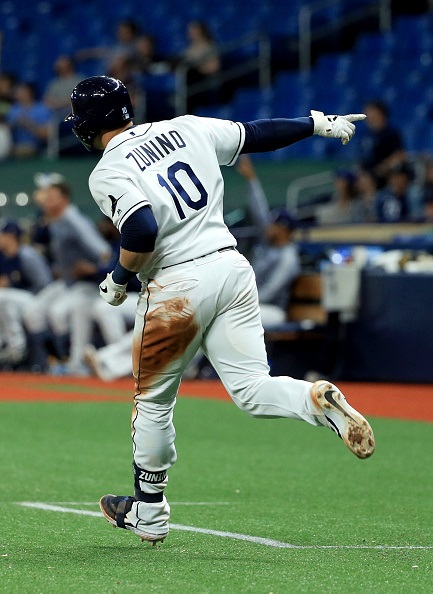 Luke Voit finished 2-4 with a pair of dingers, a walk, two RBI, and scored three runs. He was the top scoring hitter on FanDuel yesterday and with the two home runs he now has seven on the season. He looks like a safe bet to set a new career high home run total.

Franmil Reyes swatted a pair of home runs, drove in three, and scored twice in the Padres 6-3 victory over Seattle. It was the second career multi-homer game for the young slugger and he now has six home runs on the season. His .213 batting average is leaving a lot to be desired, but there is no denying his power.

Travis Shaw also joined Voit and Reyes by having a double-dong night of his own. Both of his home runs were of the solo variety. It’s been an abysmal start to the 2019 campaign for Shaw (.198 average, four home runs, eight RBI), but if anything can get you going, it’s a multi-homer game.

George Springer collected a pair of hits and a pair of walks in the Astros 10-4 win over the Twins. He scored twice and also drove in two in what turned into a game of twos for him. He is hitting .286 with seven Springer Dingers, 20 RBI, 18 runs scored, and two steals through 23 games.

Yasiel Puig finished 2-4 with a home run and three RBI. Puig is still hitting just .183, but all three of his home runs have come over the last 10 days and he has three multi-hit games over that span. He is generally a cold starter and it appears that he is slowly starting to find his groove.

Victor Robles stole a pair of bases and Elvis Andrus and Byron Buxton both swiped one, all of which got each guy to the five stolen base plateau. While there hasn’t been anyone to reach double-digits in stolen bases yet, we do have fourteen players who have swiped at least five bags: 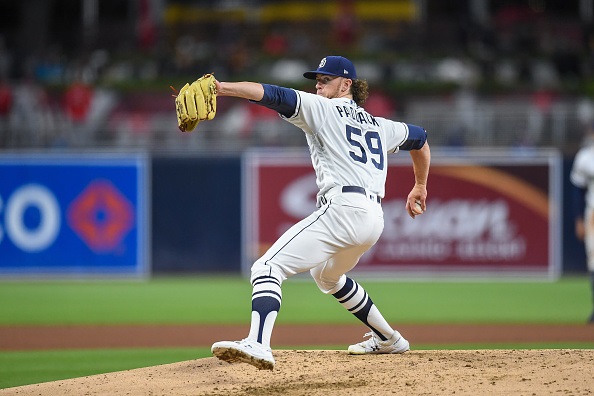 Chris Paddack will take on the Mariners in search of his first career win. The rookie has been great thus far, pitching to the tune of a 2.25 ERA through his first 20 innings pitched while allowing just nine hits against and striking out 21.

Blake Snell takes on the Royals at home to kickoff today’s games. Snell has been lights out again this year and could have a sub-2.00 ERA by the end of the day (2.16 currently). The Royals are 20th in runs scored and will have their hands full with Snell.

Mike Soroka will make his second start of the year. He will take on the Reds in Cincinnati in search of his first win of 2019. The 21-year old has looked comfortable in the bigs and he should be in line for a strong outing today against one of the leagues weaker offenses (26th in runs scored).

Jordan Lyles has gotten off to a fantastic start this year and will carry a 0.53 ERA into his start against the Diamondbacks today. He has given up just 10 hits and one run while striking out 18 in his first 17.0 innings. He will have a tough test with Arizona, as they enter today’s action 6th in runs scored.