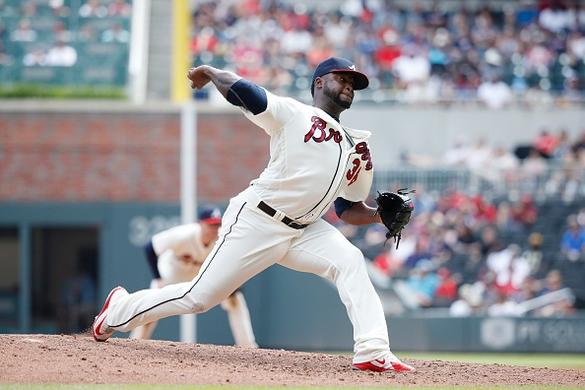 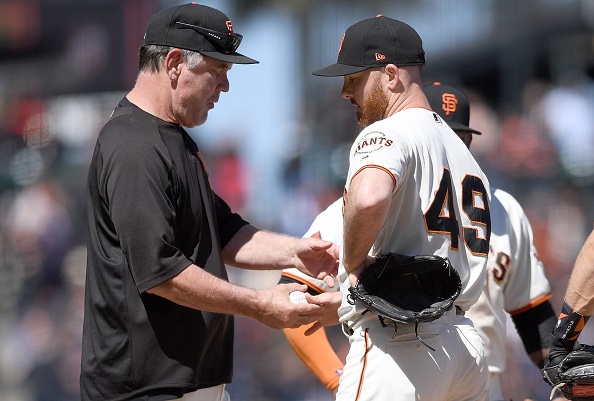 Sam Dyson (41% owned) – Dyson was named the Giants closer a day after Hunter Strickland landed on the DL. He converted his first save chance, but yesterday struggled in a save chance and had to be yanked after giving up four hits and two runs to cut the Giants lead to one. Dyson is inconsistent as a closer and likely just isn’t cut out for the role; with Mark Melancon looming, there is a strong chance that Dyson does not remain the Giants closer for a long period of time. The team also has Tony Watson who they may choose to use in save opportunities where the opposition has multiple lefties due up in the ninth. It is not a pretty situation right now.

Kevin McCarthy (9% owned) – McCarthy hasn’t been named the Royals closer and there has not been a save chance for the Royals since Kelvin Herrera was traded, yet he is already on the chopping block. He is the presumed closer right now, but if he does have the job his leash will be short. That being said, the Royals have lost nine straight and are not going to improve anytime soon, so save chances may not come too often. McCarthy is far from dominant (3.73 ERA and a 5.46 K/9), but no one in the Royals ‘pen is impressive now that Herrera is gone. 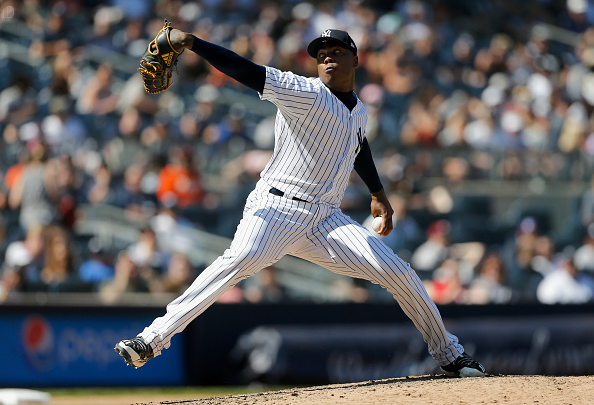 Aroldis Chapman (99% owned) – Chapman pitched four times this week and converted on all three of his save chances. In his lone non-save chance outing he picked up the win to round out an all-around strong week. He now has nine saves and a win in the month of June without allowing a run to score against him in 9.1 innings pitched. On the year, he has a ridiculous 1.10 ERA and videogame-like BAA of .127. He has yet to give up a home run this season and has 56 strikeouts across 32.2 innings pitched. Really any number(s) you look at for Chapman they are elite as he has been phenomenal this season. Top-three. YTD stats: 32.2 innings, 21 saves, 56 Ks, 1.10 ERA.

Arodys Vizcaíno (84% owned) – Vizcaino’s job became in jeopardy after he blew a save on May 15, he responded by pitching lights out baseball. He has not given up a run in his last 10 appearances since that blown save and has converted on all eight of his save chances since then. The strong stretch of pitching has lowered his ERA from a solid 2.75 to a great 1.82. This week, he picked up three saves and struck out four across three innings pitched. There is no question who the Braves closer is anymore and his lock on the job is pretty strong now. Middle-tier. YTD stats: 29.2 innings, 15 saves, 33 Ks, 1.82 ERA.

Brad Hand (97% owned) – Hand only pitched two times this week and neither outing went well. He blew his lone save chance and gave up runs in both of his appearances. In total, he gave up three earned runs across 1.2 innings pitched and struck out two. After posting a 0.61 ERA in May he has not been able to continue into June as he now has a 4.15 ERA for the month. Hand is still a high-end closer and there is nothing to worry about from a fantasy perspective, but owners have to be hoping for the rough patch to end as quickly as possible. Top-ten. YTD stats: 37.0 innings, 21 saves, 54 Ks, 2.43 ERA.

Blake Parker (57% owned) – Parker has struggled since returning to the closing role for the Angels. This week he blew one save in two tries. In his last three outings he has given up at least one run in each and a total of five runs in 4.1 innings pitched. The long ball has been his killer as he gave up one home run in each of those three outings. He does have eight strikeouts over that span, so if he can get the home runs under control the numbers will look a lot better. Bottom-tier. YTD stats: 36.0 innings, 8 saves, 44 Ks, 3.50 ERA. 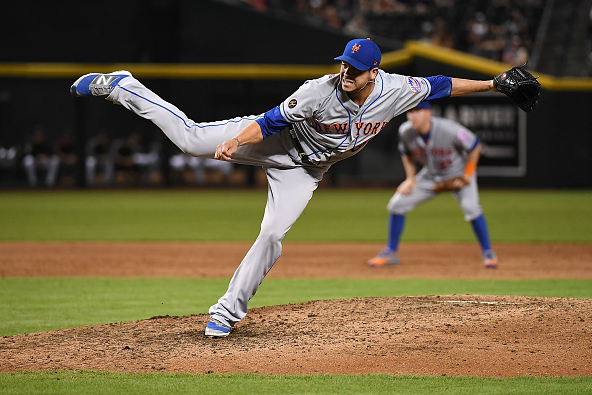 Anthony Swarzak (10% owned) – Swarzak operated as the Mets closer while Jeurys Familia was on the DL and it is a role that he would likely have again if Familia were to be traded. Familia has a strong chance of being traded as he is a free agent at the end of the year and the Mets are looking like sellers at the deadline. Swarzak has been pretty effective when on the field this year and had a great year last season. He should be stashed and he will not hurt your ratios while you wait for Familia to be moved closer to the trade deadline. YTD stats: 9.1 innings, 1 hold, 13 Ks, 3.86 ERA.

Dellin Betances (47% owned) – We are revisiting Betances today because he has been incredibly dominant lately. In his last 11 outings (11 innings pitched) he has given up ONE hit and no runs while striking out 20. He has lowered his ERA from 4.71 to 3.06 during this stretch and his BAA is now a more than elite .175. This is the Betances we have known over the last four years. Aroldis Chapman has been lights out as the Yankees closer, so it would take an injury for Betances to see save chances, but even without saves he should be owned for ratios. YTD stats: 32.0 innings, 10 holds, 58 Ks, 3.09 ERA.

This simply provides the current top-5 closers in saves, strikeouts, ERA, and WHIP.  *Kelvin Herrera has been removed; with his move to Washington he is no longer a closer.

T. Skubal - SP
DET
Tigers placed LHP Tarik Skubal on the 10-day injured list.
No explanation was provided for the move. Skubal is one of the team's top pitching prospects and might have a shot to debut at some point this season, if he's healthy.
Added 12:22 pm (EST)
Added 12:22 pm (EST)

K. Jansen - RP
LA
Kenley Jansen is still not in Dodgers' summer camp but is expected to arrive "soon," per manager Dave Roberts.
The team hasn't revealed why Jansen remains away, but Roberts believes his closer will have time to be ready by Opening Day. “He’s been moving around and so I think he’ll be ready,” said Roberts. “Obviously, every day on the calendar that we don’t see him, certainly it makes it a little more difficult. But I’m still confident we have enough time.” The Dodgers have nine players that have yet to report, with Pedro Báez, Gavin Lux, A.J. Pollock, Scott Alexander, Keibert Ruiz, Zach Reks, Cody Thomas and Edwin Uceta joining Jansen.
Added 11:25 am (EST)
Added 11:25 am (EST)

R. Canó - 2B
NYM
Robinson Cano has been absent from the Mets' summer camp the last two days.
The Mets have had a policy not to comment on why any player is not in camp. "There's a variety of reasons why players are here or not here on a given day, and we're going to protect those players' rights," general manager Brodie Van Wagenen said. We should find out soon enough why Cano has not been at Citi Field.
Added 11:19 am (EST)
Added 11:19 am (EST)