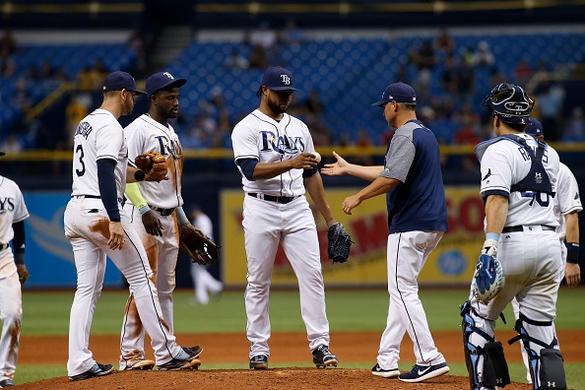 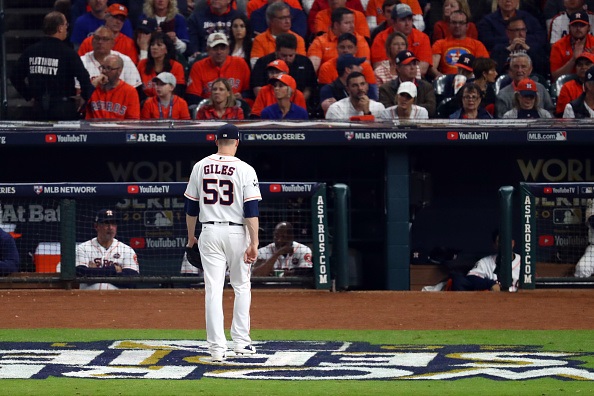 Ken Giles (92% owned) – Giles had a strong 2017 regular season in which he converted 34-38 save chances and finished with a 2.30 ERA. He held opposing hitters to a BAA mark of just .198 and he had 83 strikeouts across 62.2 innings. Sounds good right? Well the key words to his strong 2017 season stats are “regular season” as he struggled mightily in the playoffs, giving up 12 hits and 10 earned runs in just 7.2 innings. Despite the poor playoff performance, Giles had a strong spring and was looking to move past that rough stretch. In his first outing of the 2018 season Giles gave up a run and then once again in his third outing he gave up another. The Astros have shown their trust in Giles right now is thin despite the strong 2017 season. The team has been using Chris Devenski , Will Harris , and Brad Peacock however they see fit, including if that means leaving them in for the save. It’s a situation to keep a close eye on.

Brewers. When Corey Knebel went down with injury, the fantasy community right away assumed the Brewers would turn to elite setup man Josh Hader (he will be discussed in further detail a little later in the article). Not so fast, the Brewers wanted to leave Hader in his same role and instead decided to turn to other options. Enter Jacob Barnes . Barnes was called upon for the Brewers first save chance and another one after that; the only problem, he blew both of them. Enter Matt Albers . Albers also blew his first save chance. He would get another chance on Wednesday and despite almost blowing that one as well, he managed to get the job done for his first save of the season. So who is the Brewers closer? Right now we have to assume Albers is brought in for the next save opportunity, but he will be on thin ice. This is a situation that will continue to need monitoring.

Joakim Soria (48% owned) – Soria is not on the talent level of his teammate Nate Jones , and he (Soria) also has not gotten off to a great start. He has blown one save in three tries and in that outing he gave up three earned runs. However, this is less about Soria and more about Jones just being the better pitcher of the two. Jones will be broken down in further detail later in the article, but Soria is still worth owning for the time being. 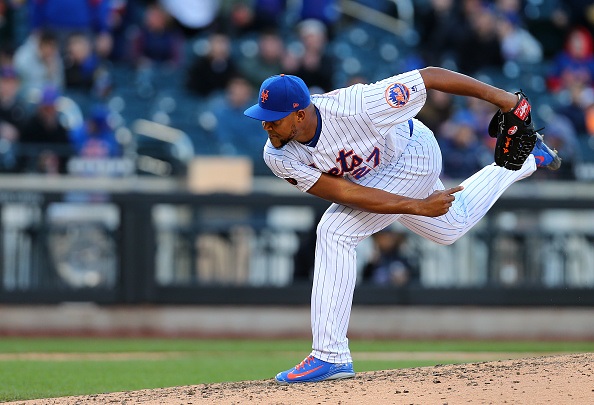 Jeurys Familia (91% owned) – Familia has continued his strong start to the season and may be a familiar name in this section this year (see what I did there?). Over the last seven days he has picked up three saves and five strikeouts across 3.2 shutout innings. He now has six saves on the season to go along with 10 strikeouts across eight shutout innings. What more can you ask for out of your closer to begin the year? Familia’s return on investment thus far has arguably been amongst the best in all of fantasy baseball. He is currently on pace for 88 saves. Of course, he can’t sustain this ridiculous start to the season for the whole year, but there is little reason to think he can’t be an elite closing option given his history.  Upper-tier. YTD stats: 8 innings, 6 saves, 10 Ks, 0.00 ERA.

Roberto Osuna (98% owned) – Osuna, like Familia, also had a three save week. He did not give up a run but only had one strikeout. Osuna has already racked up five saves this year and has yet to allow a run. His strikeouts have been a little down (only three so far in 6.1 innings) but given his 11.67 K/9 in 2017, it’s not something to worry about. Osuna picked up his 100th career save on Tuesday and is still just 23 years old. He is primed to compete for a spot in the top-five of closer rankings this year. Top-tier. YTD stats: 6.1 innings, 5 saves, 3 Ks, 0.00 ERA.

Álex Colomé (86% owned) – It’s tough for a closer to have a week much worse than the one Colome just had. He pitched four times and gave up at least one run in three of his outings with a total of five overall in just three innings of work. A lot of runs not enough? He also only had just one strikeout and blew two saves. More you ask? His WHIP for the week was 4.33. Needless to say, it’s been a rough start to 2018 for Colome who has given up 10 hits and four walks in just four innings pitched with only one strikeout. Of course, opposing hitters are not going to hit .476 (like they are now) against him all season, but this is not the start fantasy owners were hoping for. If you read my closers article in the 2018 draft guide, you knew to avoid Colome this year. Middle-tier. YTD stats: 4 innings, 3 saves, 1 K, 11.25 ERA.

Arodys Vizcaíno (83% owned) – Vizcaino has made three appearances over the last seven days and they have not gone very well. He gave up one run in two out of his three outings and also took a blown save. He picked up zero saves and only had two strikeouts in 2.2 innings. His overall season line is fine, but he has not recorded a save to this point. Zero saves two weeks into the season, not really what you are looking for out of your closer in fantasy baseball. Vizcaino is an okay but not great closer and it would not be surprising if he loses the job at some point this season. Lower-tier. YTD stats:  5.2 innings, 0 saves, 8 Ks, 3.18 ERA.

This season, in a slightly different fashion from last year, this section will focus strictly on closers in waiting or closer capable guys and how they are performing. Each player of note will also include their stats from the 2017 season for the foreseeable future. 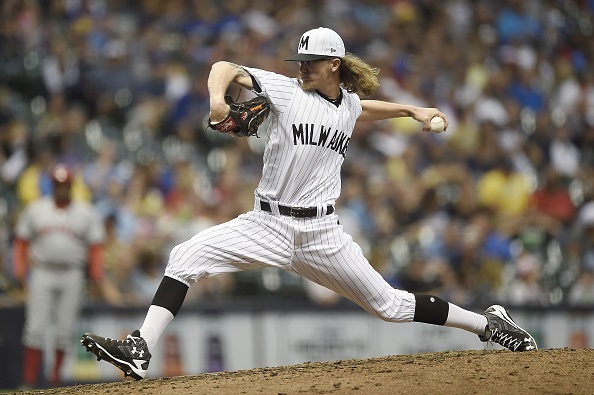 Josh Hader (60% owned) – Hader is unquestionably the best reliever in the Brewers ‘pen with Corey Knebel on the DL. However, the Brewers, at least for the time being, want to leave Hader in his versatile setup role. He is off to a ridiculous start this year already having racked up 17 strikeouts in just 7.2 innings, good for a 19.96 K/9. He has given up just two runs and seems to be the same elite reliever we saw last season. If at some point the Brewers decide enough is enough with their other relievers and hand Hader the closing gig he would jump up to upper portion of the closing ranks despite having zero career saves. He should be owned in all leagues. YTD stats: 7.2 innings, 4 holds, 17 Ks, 2.35 ERA.

Archie Bradley (66% owned) – Bradley is the current MLB leader in holds with five. He has given up just one run in 8.2 innings pitched and has struck out 10 hitters. His WHIP currently sits at a sparkling 0.58. Bradley was a dominant force out of the Diamondbacks bullpen last season and was the presumed closer heading into this season, but the addition of Brad Boxberger gave the team the choice to leave Bradley in the setup role. Boxberger is a good closer and it will likely take an injury for Bradley to move into the closing gig, but given Boxberger’s injury history, it is something that could unfortunately happen at any time. He is worth owning either way given his strong ratios. YTD stats: 8.2 innings, 5 holds, 10 strikeouts, 1.04 ERA.

Nate Jones (34% owned) – Jones has not quite grabbed the closing gig for the White Sox, but after Joakim Soria blew a save the Sox did turn to Jones for a save opportunity yesterday in which he was able to convert. Jones is easily the better arm of the two, but his injury history and inability to work consecutive days leave him in a battle. He is off to a strong start with one save, one hold, one win, and five strikeouts across 4.1 innings of one-run ball.  Jones has always been a talented pitcher but, as previously stated, his injuries stop him from being great. He has thrown 70+ innings three times in the past six seasons, but he has also thrown fewer than 20 innings in the other three. He is worth owning for as long as he is healthy. YTD stats: 4.1 innings, 1 hold, 5 Ks, 2.08 ERA.

A new section for this season; this will simply provide the current top-5 closers in saves, strikeouts, ERA, and WHIP.

*More data is needed for this. Table will be started April 19 and be available every week following*