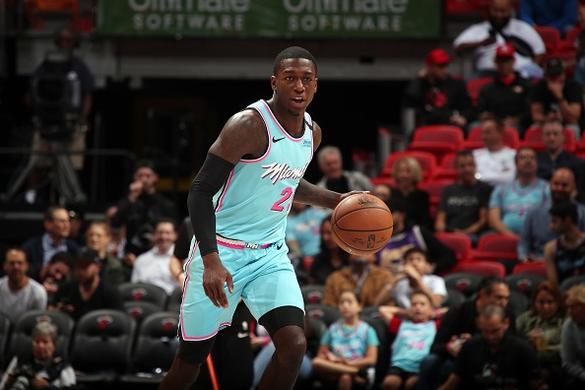 We have an interesting Monday slate which seems primed for "Stars and Scrubs' roster builds. Let's take a look at some value plays to put in those lineups to help you pay up for the likes of Giannis, Luka or Joel Embiid .

Alec Burks , PG/SG PHI ($4,900) - With Ben Simmons already ruled out we expect Burks to pick up the workload like he did a few games ago when Simmons sat against the Nets and he played 29 minutes. In that game against Brooklyn Burks scored 19 points and finished with 26.5 DK points. The Hawks are among the worst defensive teams in the NBA which would certainly boost the potential upside for Burks in this match up.
Mortiz Wagner, PF/C WAS ($3,900) - So, the Wizards played last night and their bigs played a lot of minutes. Thomas Bryant has already been ruled out and it's looking like Davis Bertans could sit as well. During the team's last back-to-back we saw Hachimura take a minutes decrease in game two. There are likely more...

D. Robinson - SF
MIA
Heat team president Pat Riley said on Friday that he and the franchise hope to make decisions on the statuses of their young players in the very near future.
Given the recent reports that the NBA is considering the possibility of beginning next season shortly before Christmas, teams may be looking at a very short window in which to put together their rosters. For Miami the statuses of Duncan Robinson and Kendrick Nunn come into question, as both are on deals that are not fully guaranteed for next season. While Riley cited the franchise's desire to retain some financial flexibility, he also stressed the importance of taking care of their own guys. "It’s going to be a little bit dicey for us because of wanting that flexibility, but if things can happen prior to that, I think, we have to take care of our own as much as we can, but we don’t want to surrender that opportunity if it’s there, so those are the discussions that Andy and I and Nick [Arison] are having right now, and Spo, about it," Riley said. Robinson was one of the NBA's best 3-point shooters this season and certainly has value in most fantasy formats for that reason, and he'll be of even greater value if he can continue to develop as a defender and scorer off the dribble. As for Nunn, while he struggled in the bubble after recovering from COVID-19 it's important to remember that he was a Rookie of the Year finalist for a reason. He should bounce back.
Added 7:17 pm (EST)
Added 7:17 pm (EST)

B. Adebayo - PF
MIA
Heat team president Pat Riley said during his end-of-season press conference that he expects Bam Adebayo to continue to expand his skill set moving forward.
Adebayo earned the first All-Star Game selection of his young NBA career this past season, and his efforts as a "point center" was one of the reasons why the Heat were able to win the East. The expectations for Bam remain high heading into next season, with Riley expecting even more from the big man heading into his fourth NBA season. "Practice gives you confidence. When you prepare, you become confident in what you do out there," Riley said Friday. "And so, Bam will practice, and he will get better. Erik will expand his game, and I think he’ll become better in all facets of the game." With averages of 15.9 points, 10.2 rebounds, 5.1 assists, 1.1 steals and 1.3 blocks per game, Adebayo was a top-50 player in both eight- and nine-cat formats in 2019-20. He should be selected well above that in both formats next season.
Added 7:07 pm (EST)
Added 7:07 pm (EST) 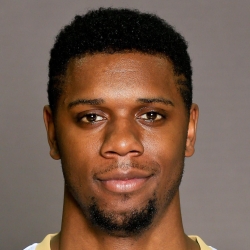 T. Jones - PF
HOU
Terrence Jones has signed a deal to play in Puerto Rico.
Jones has been out of the NBA for a couple seasons and was never able to establish himself after a few promising years to begin his career in Houston. Still only 28 years old, there's no guarantee he'll get another shot in the states.
Added 10:52 am (EST)
Added 10:52 am (EST)

J. Collins - PF
ATL
John Collins said his focus this offseason is to work on his playmaking ability.
“The next level is to start getting others involved and create more shots for myself or have the ability to do different things,” Collins said. “I’m working on guard stuff instead of the normal traditional big-man stuff.” Most of his passes last year were simple dribble handoffs, so it's exciting that he's trying to expand his game with so many modern bigs like Bam Adebayo providing a blueprint. If Collins can show growth as a playmaker, he'll be a total package in fantasy after increasing his block rate last season and shooting 40% from beyond the arc.
Added 10:42 am (EST)
Added 10:42 am (EST)

D. Theis - C
BOS
Daniel Theis underwent an arthroscopic procedure to remove loose bodies in his left knee on Tuesday.
The Celtics did not release an official timetable, but this is a fairly minor procedure and he's expected to make a full recovery in time for training camp; whenever that may be. Theis provided some low-end value as a shot-blocking specialist this past season, but he's not someone you want to actively target on draft day. His role may decrease if we see some more Robert Williams in Year-2.
Added Oct 21 5:43 pm (EST)
Added Oct 21 5:43 pm (EST)

A. Drummond - C
CLE
Andre Drummond and the Cavs have reportedly been "far apart" on preliminary conversations regarding a contract extension.
There was reportedly mutual interest back in June, but the two sides have not been able to get close on the numbers, so Drummond might just play out the final year of his contract and hit free agency in 2021. His market hasn't been great, so perhaps being in a contract season would give him some extra motivation for those 20-20 games. He wasn't great in a small sample size with the Cavs last year, but he should be better next year with a full training camp and Tristan Thompson likely to depart.
Added Oct 20 4:19 pm (EST)
Added Oct 20 4:19 pm (EST)

J. Grant - SF
DEN
Miami is reportedly expected to pursue Jerami Grant as a free agent this offseason.
Denver might be the favorites to re-sign Grant, but Miami will put in an offer, and he's also expected to receive interest from Detroit, Dallas and Phoenix. In terms of fantasy hoops, Phoenix might be his best landing spot, but it's tough to predict fantasy value prior to free agency.
Added Oct 20 4:16 pm (EST)
Added Oct 20 4:16 pm (EST) 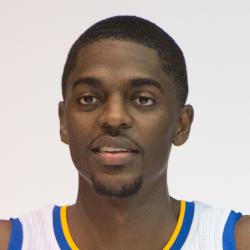 J. Holiday - SG
IND
The Pacers have reportedly made it clear to Justin Holiday that they would like to re-sign him as a free agent this offseason.
The two sides have spoken in recent days, but free agency is still a ways away and Holiday should receive plenty of offers after having a career-year in Indiana. The Pacers do have the advantage of already having his brother, Aaron, under contract, but he might need to take a discount to re-sign with Indiana.
Added Oct 20 1:49 pm (EST)
Added Oct 20 1:49 pm (EST)