Jon Impemba pores over all of the statistics, splits, and matchups to uncover the very best DFS MLB Stacks for today's contests. 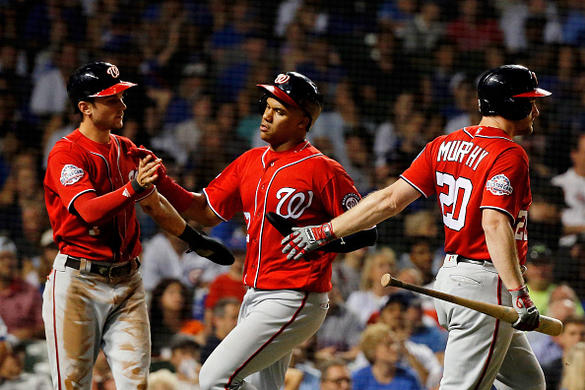 Urena is a favorite of mine to target when he is on the hill and today is no different as he will face a Nationals lineup that is stacked with left-handed power hitters. Lefties are hitting .276 with an OPS of .790 while hitting 11 of the 15 home runs allowed by Urena on the year. Now, Urena did just toss six shutout innings against the Nationals back on July 29th but in his previous start he allowed four runs over six innings. Urena is also pitching on the road where he has a 5.28 ERA on the season. 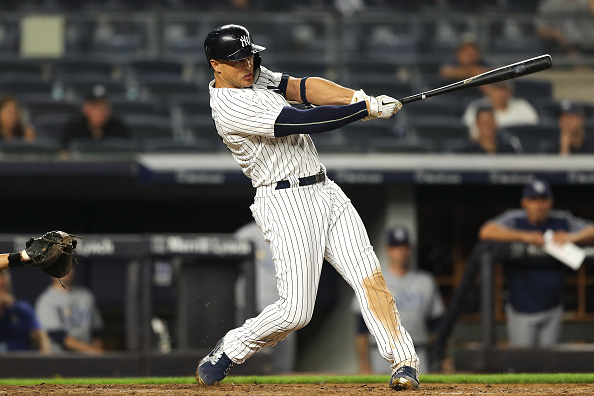 I think the clock has struck midnight on Borucki after he allowed four runs on six hits while walking four and striking out only one over four innings against the Royals in his last start. Prior to that he had a similarly poor outing against the Red Sox. The lack of strikeout production from Borucki is a concern and is one of the main reasons his peripheral numbers suggested that his hot start with the Blue Jays was rather fluky. One of those starts was even a seven-inning shutout against these very Yankees. I am, however, expecting New York to get the better of Mr. Borucki today as he toes the rubber in Yankee Stadium against some pretty hot bats, most notably Giancarlo Stanton .

I was all about stacking the Twins today when I saw that Jacob Turner was on the mound.  In fact in this very article I told you all the reasons why you should be stacking Twins today against Jacob Turner and how stunned I was that the Tigers were going to be pitching him in the first place.  Well, unfortunately for us, it appears the Tigers came to their senses and will now be starting Buck Farmer .  The bad news is that Farmer is better than Turner.  The good news is that Farmer isn't THAT much better than Jacob Turner .  This season Farmer has pitched exclusively out of the bullpen and has been hammered by right-handed bats to the tune of a .339 average and an OPS of .922.  Farmer has been in the league since 2014 and has a career 6.07 ERA with a 1.61 WHIP over 95 appearances (19 starts).  In three games out of the bullpen against the Twins this season Farmer has allowed three runs on four hits over four innings.  Feel free to stack the Twins with confidence.

Stacking against Colon is always a smart move as he has allowed the second most home runs in baseball this season with 26 long balls. He has also really struggled against the Angels this season, allowing seven runs on 10 hits over six innings this season. Now I know the Angels lineup is lacking Mike Trout but they still have capable hitters in Justin Upton , Shohei Ohtani , Andrelton Simmons , Kole Calhoun and an emerging David Fletcher . I wouldn’t sleep on the Angels today, especially in the good hitting environment there in Texas.

I honestly can’t figure out Quintana this season, but he is going through yet another tough stretch of starts which has seen him allow 17 runs on 22 hits over 20.1 innings. The Pirates have some bats in their lineup that have historically done damage against left-handed pitching as well in the likes of Starling Marte , David Freese , Josh Bell , Josh Harrison and Adeiny Hechavarria . Both catchers Francisco Cervelli and Elias Diaz are also solid against left-handed pitching with Diaz getting the edge this year but Cervelli over the past few seasons putting up a solid OPS against southpaws.

S. Doolittle - RP
WSH
Sean Doolittle said Sunday that "I think I'm planning on playing" this season.
He added, however, that "if at any point I feel unsafe ... then I'll opt out." Doolittle also noted that he had his intake testing on Friday and is still awaiting the results. The reliever is just one of what's surely many players wrestling with the decision of whether or not to play.
Added 12:11 pm (EST)
Added 12:11 pm (EST)